Colin Kaepernick is part of Nike's 'Just Do It' 30th anniversary celebration. Nike

It’s hard to believe that Nike’s iconic tagline, “Just Do It,” is 30 years old. Who knew that the first ad featuring then-80-year old Walt Stack running across the Golden Gate Bridge would transform into a movement? Or that it could be loaded with all kinds of intrigue today?

In celebrating the 1988 milestone, new ads have been created featuring several athletes, including former National Football League quarterback Colin Kaepernick, who has not played a down of football since 2016 and sparked controversy by sitting, then kneeling, during the national anthem in protest of racial injustice in the U.S.

First reported by Darren Rovell of ESPN, the ad broke on social media earlier today and is a close-up of Kaepernick with the copy: “Believe in something. Even if it means sacrificing everything.” It seems an appropriate rally cry befitting the slogan for the athlete, who has been on Nike’s roster since 2011. Rovell also pointed out that Kaepernick is still being paid by the sports giant, though this is the first time he has been used in advertising for two years.

Believe in something, even if it means sacrificing everything. #JustDoIt pic.twitter.com/SRWkMIDdaO

It’s a nice bit of swagger, reminiscent of recent work for tennis star Serena Williams, and harkens back to Nike’s unique form of advertising that helped build the brand over the past few decades.

“We believe Colin is one of the most inspirational athletes of this generation, who has leveraged the power of sport to help move the world forward,” Gino Fisanotti, Nike’s brand vp for North America, told ESPN. He also added that the overall campaign, featuring other brand athletes including Odell Beckham Jr., Serena Williams, LeBron James, Seattle Seahawks linebacker Shaquem Griffin and skateboarder Lacey Baker, is designed to appeal to a much younger consumer base. 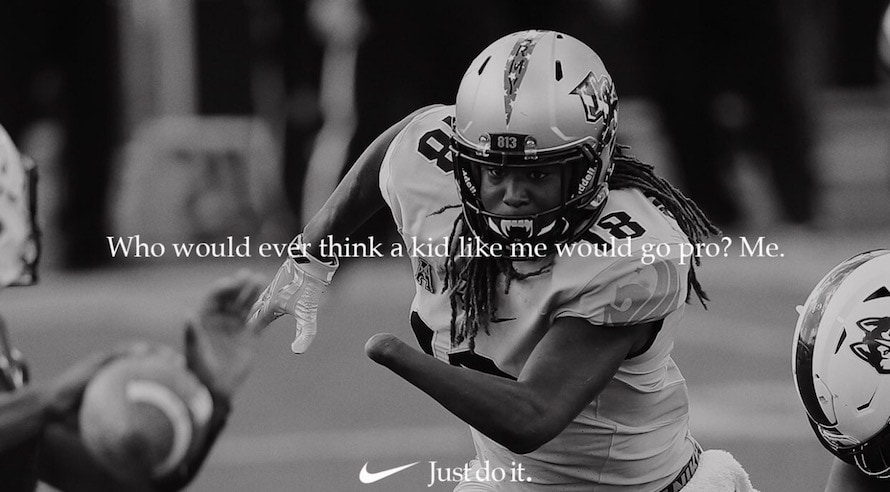 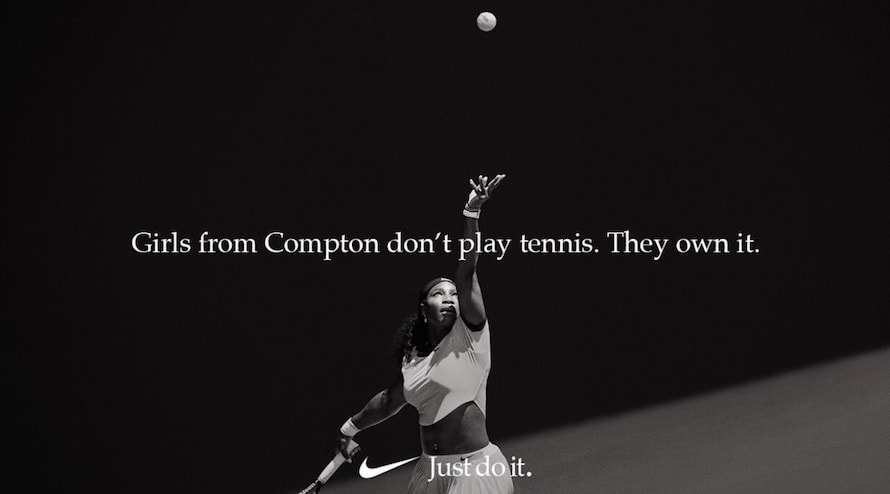 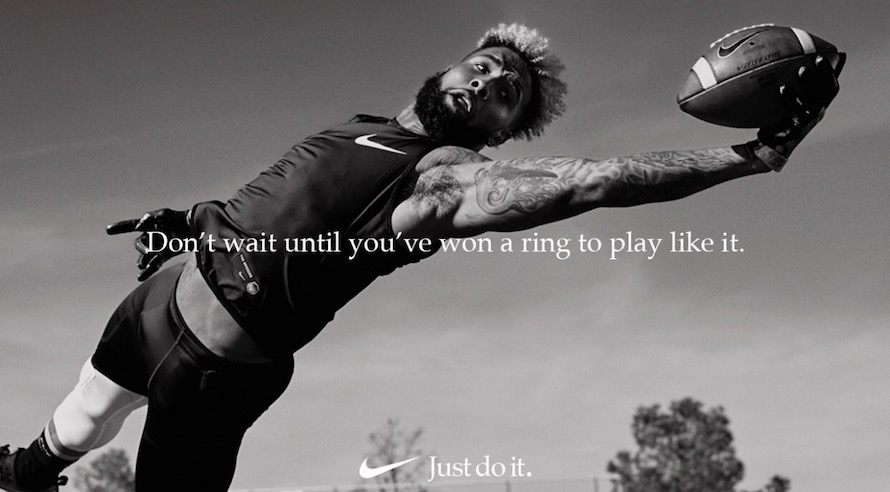 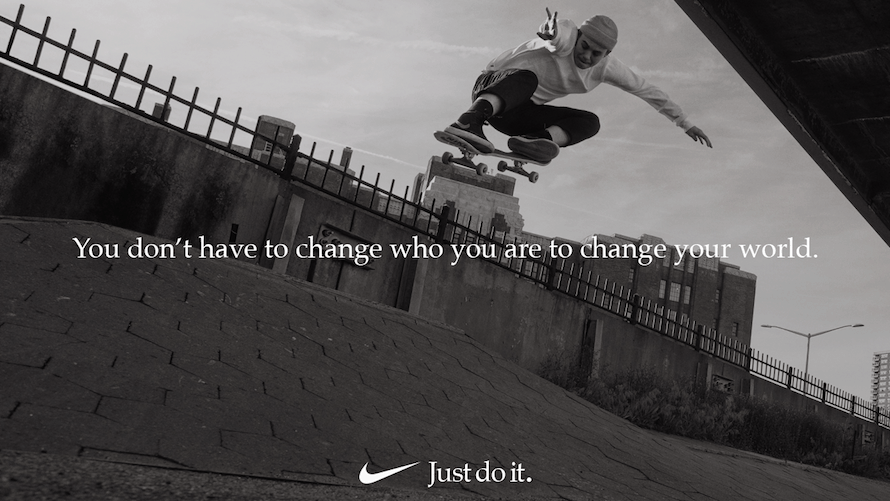 Predictably, social media dug its talons into a polarized debate/yellfest, with some consumers swearing off Nike and others fully embracing the brand. For his part, Rovell added a Twitter poll to see if Nike’s move has an effect on purchase decision (so far, it either doesn’t, or people are more likely to buy Nike).

POLL: Nike’s use of Colin Kaepernick today in its just do it ad makes me...

The timing of the launch is curious—the NFL regular season kicks off this week—and there are other intriguing subplots.

The 30-year-old Kaepernick, who last played for the San Francisco 49ers, filed a collusion grievance against the NFL, accusing owners and the league of locking him out of signing with a team due to his peaceful protests. In a significant win, an arbitrator’s ruling last week indicated that there was enough information to merit a full court hearing. According to the New York Times, if the case moves forward, it could begin by the end of 2018.

Another odd set of bedfellows are Nike and the NFL itself. Nike is a not only a corporate sponsor but the official uniform provider for the league. Additionally, according to Rovell, the brand was “waiting for the right moment” to reintroduce Kaepernick.

Whether the “right moment” is three days before the start of the NFL season remains to be seen, but it will undoubtedly make for an interesting week. Time will tell on which side of history both the league and the brand will land.