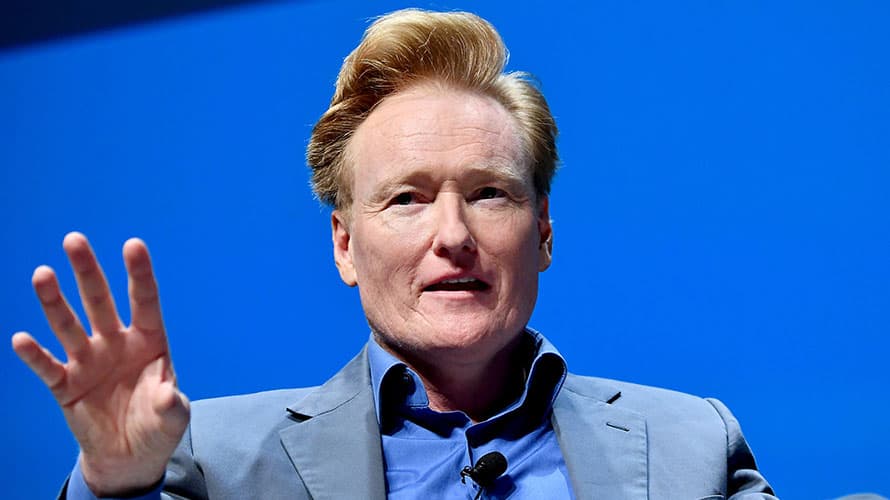 CANNES, France—Conan O’Brien knows how to take it on the chin: “My sense of humor has always been self-deprecating. I like to make the joke on me.” While it’s counterintuitive for brands to do the same, it’s the fastest way to comedy gold and consumer affection, he said.

The late-night comic partnered with NBA analyst Shaquille O’Neal for the festival’s tallest panel—a discussion about preserving your personal brand, creating a win-win for advertisers and the unparalleled importance of taking risks. CNN anchor Chris Cuomo teed up questions for the Turner hosts on the main stage of the Cannes Lions Festival of Creativity on Wednesday.

What does risky product placement look like? Consider the time O’Brien visited Taco Bell’s testing facility when it was releasing the chalupa. He took a bite, faked a massive seizure, rolled on the ground in front of the marketing team and then stood up to say, “It’s actually pretty good.”

“Taco Bell has an amazing ability to just say, Conan, we trust you—do what you’ve got to do, even if you knock us a bit,” he told the audience. “Any other marketing team would have said, ‘Look, we’re fine with that but don’t show the seizure, just show the part where you bite into it and that it’s pretty good.’

“It was good comedy, it showed that Taco Bell has a good sense of humor … that’s a win-win.”

In another segment from which many brands would shy away, the filmmakers of Ride Along 1 and 2 let O’Brien take its stars on a ride in a weed mobile, stopping at a dispensary to fill a piñata with cannabis. Two videos for the franchise garnered 100 million views. “This is something that would not have happened had the company not come to us and said, ‘We want to play,'” he said.

O’Neal added that comedy and flexibility are key to product segments on his show, Inside the NBA. “We realize if we’re going to keep you up that late, we’re going to make you laugh—a shoutout to Turner for letting us be as funny as possible,” he said.

Here are a few of the most quotable moments from the panel.

Neither star shied away from the idea of personal branding.

O’Neal, an ambassador for The General car insurance, described his brand as “70 percent human, 10 percent to inspire you, and the rest is the products I’m selling.” Another calculation: he said he’s 70 percent funny and 30 percent serious. 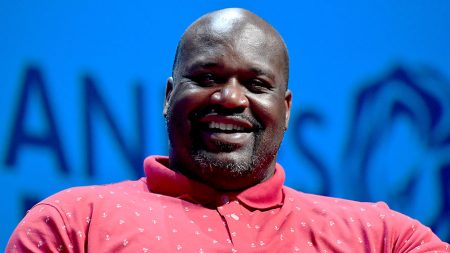 When asked about disruption in the TV industry, O’Brien praised social media for saving his career after he walked away from NBC.

“In 2010, I was sort of thrust into the world of social media, and that was a big part of my reincarnation from an NBC host into a Turner host,” he explained, calling the sudden shift a “revelatory experience.”

“I started doing stuff that I realized kept me alive, which was social media and YouTube and Twitter,” he continued. “Through that, I found that being myself—being as honest as I can with my viewers and my fans—is what is transformative. That’s what seems to work best on the internet.”

While many comics today are focused on cracking jokes about the news cycle, he said his goal remains making work that will last 15 years. Digital video is a great sandbox for lasting work, he added—and it has limited downsides as long as you’re “working with smart people” and “willing to take risks.”

“If it fizzles and it doesn’t work on the internet, it’s not a big deal,” he said. “But when you make a connection, it’s explosive. I find that to be constantly inspiring: Take the principles that I learned over all these years in comedy, apply them to this new technology. Don’t be afraid of any of it; move towards it. Don’t freeze up and say ‘my God, linear is dying!’ Accept that this is happening, and funny is funny.”

Shaq said he consciously stays away from politics, and O’Brien said he “didn’t want to be overtly political all the time.”

But the talk show host is wading into political waters on his show. Three days after President Donald Trump referred to “shithole countries,” the comedian filmed a segment at a school in Haiti. That bit has turned into a series of videos—an ongoing conversation with the kids that stays light but resonant.

Moderator Cuomo took the biggest swing on stage when it came to social issues. As audience members’ phones buzzed with news alerts about immigrant toddlers being separated from their parents, Cuomo said that he’s “a step away from a cage” when referring to being a second-generation Italian-American.