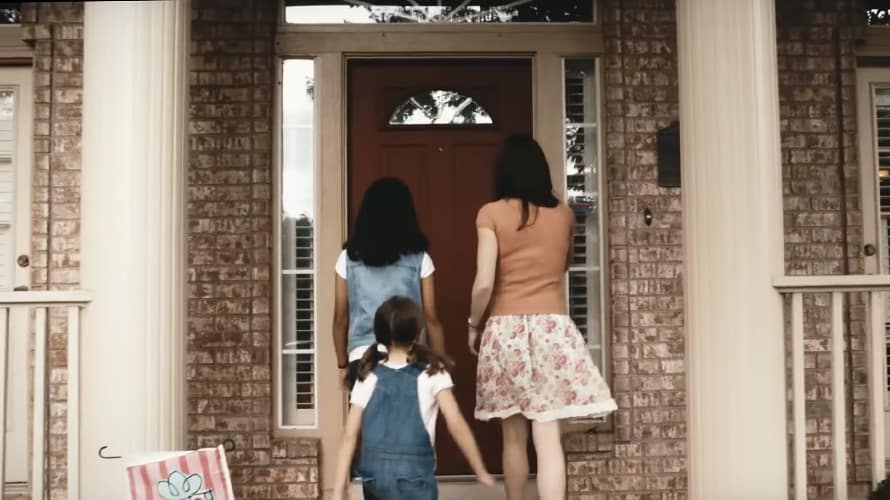 It's a cinematic spot for MJ Hegar, an Air Force combat veteran and Texas Democratic candidate for Congress. Media MJ For Texas

Doors probably aren’t the first metaphor most people would reach for when thinking about overcoming adversity. But in an unusually engaging political ad for the campaign of MJ Hegar, a Democrat running for Texas’s 31st congressional district, they become just that—a compelling symbol for the challenges she’s faced along the path to her candidacy.

A former Air Force helicopter pilot, Hegar earned a Purple Heart after being injured during a combat search-and-rescue mission in Afghanistan, and the second woman ever to ever receive a Distinguished Flying Cross with Valor. Unable to return to flying, she went back home to Texas to work in business and start a family, before launching a lobbying campaign—and 2012 lawsuit—to end the ban on woman in ground combat positions in the military (The Pentagon overturned the policy in 2013).

That last mission, as the video describes it, led to Washington D.C. insiders—including the district’s Republican incumbent Rep. John Carter—slamming more than a few—you guessed it—doors in her face.

At first blush, the door references might seem like a slightly awkward metaphor pushed a little too far. But as the ad reveals more and more about Hegar—part of an historic wave of women candidates this year—they turn out be an effective motif, framing the powerful details of her life story, and helping tie the three-and-a-half minute ad together.

They’re also the conceptual thread that led Cayce McCabe—the writer, director, and producer at political consulting firm Putnam Partners who created the ad—to shoot the film on a steady cam (moving in and out of literal doors) to make the ad feel “very fluid” and “as though the whole spot is connected.”

“There’s no reason that political advertising needs to be particularly boring, or particularly straightforward, or what people have been used to seeing in political ads for decades,” says McCabe. “We can make ads that are as cinematic—as well-shot, well-produced, well-written, clever, attention-grabbing—as the big corporations’ ads.”

Putnam is also the shop behind ads like the 2016 spot in which Jason Kander, then a Senate candidate and Missouri Secretary of State—assembled an assault rifle while blindfolded. (Mark Putnam, McCabe’s boss, mentor, and the company’s namesake created that spot).

McCabe emphasizes, though, that having a candidate with a story worth telling is by far the most important factor in making a great political ad. “MJ’s story is just such a good story that Hollywood’s gonna make a movie out of it,” he says.

And while it’s an uphill battle for Hegar to win this November—the district is historically solidly Republican—there is broader value to the message, regardless of the outcome.

“The benefit of having a spot like this amplified not just within the district but across the country is first and foremost every little girl or even every grown woman that sees it sees really a powerful story of a woman who broke down barriers,” says McCabe, “and when she saw something wrong with the system worked to break those barriers down for other women.”

That doesn’t mean he’s conceding the race, though. “I don’t think this district has ever seen a candidate like MJ.”