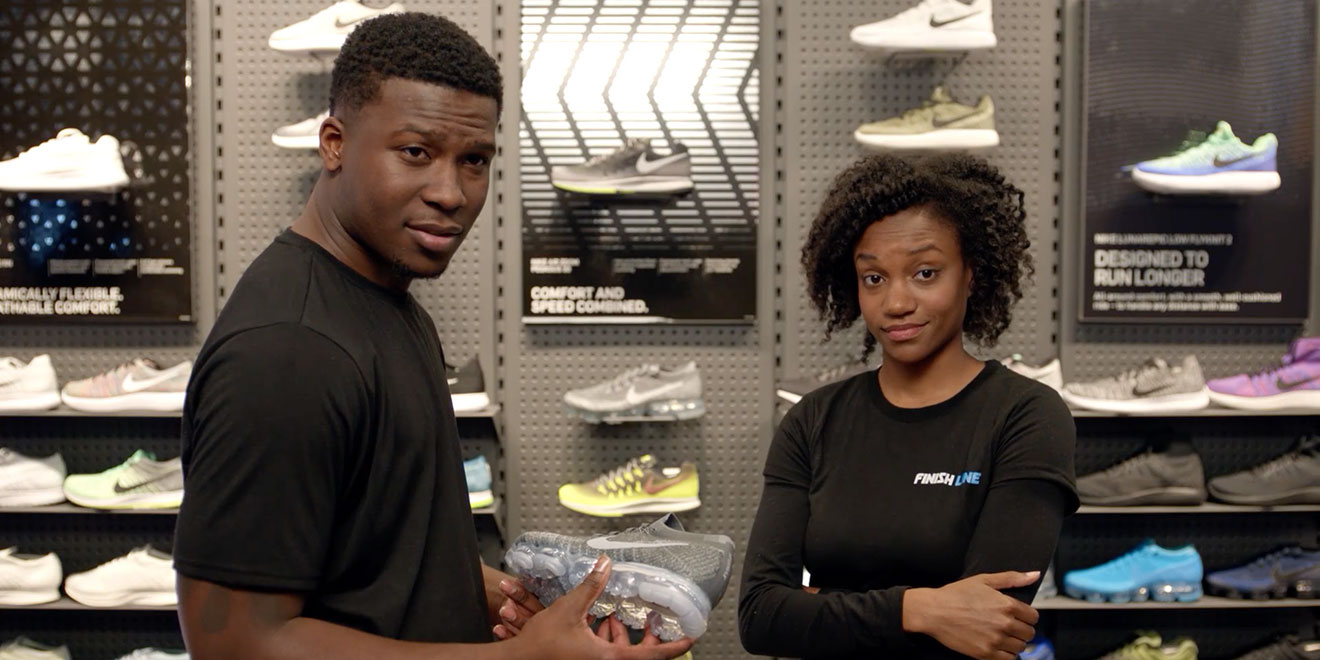 It’s gotta be the influencers!

Finish Line, the sports footwear and apparel chain, keeps pace with sneaker culture and adds some star power in these new “Shoes So Fresh” ads, created by Innocean USA.

First, iSpy, with my little eye, rapper Kyle in the recording studio, enjoying a fidget spinner and mid-day refreshment:

Next, it’s fashion blogger Aleali May, smilin’ and stylin’ for those sweet, sweet shoes:

Hey, who wants to try a celebrity combo on for size?

Finish Line chose those three influencers for their street cred among snearkerheads. “Jacques is the guy everyone turns to, to know exactly what the hottest shoes are,” Scott Hamlin, the brand’s senior director of marketing, tells AdFreak. “Aleali is all about fashion and versatility. And Kyle is one of the hottest hip-hop musicians on the market right now.”

As it turns out, the campaign’s authenticity transcends its endorsers.

“Edward Williams III, who plays the male employee—he lives across the street from a Finish Line, and knows the employees so well that he actually filmed his audition tape in the store,” says Innocean creative director Carissa Levine. “Getting him in character was a breeze.”

Hungry Man director Amir Farhang directs with a suitably kicky, offhand touch that helps elevate the material. “The man is wickedly funny in an understated kind of way,” agency creative director Jose Eslinger says. “We loved his Ikea and Adidas Swingman work. The icing on the cake is that he’s a sneakerhead himself.”

Watch more ads below. The first one features Corey B., who’s not quite a celebrity, yet, though he’s made big strides lately on Instagram.