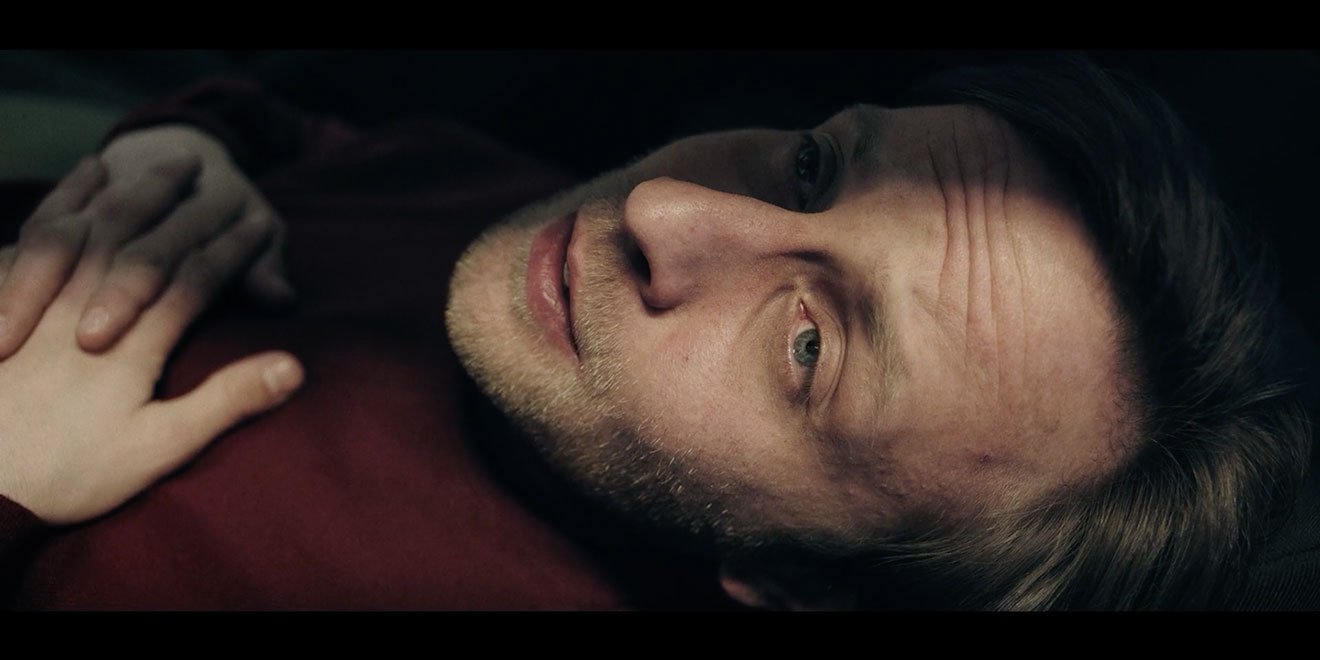 Some 43 percent of car owners in Denmark don’t allow food in their cars. Another 33 percent fear leaving their cars in a parking lot. And a full 30 percent don’t believe others can take care of their cars as well as they can.

This behavior isn’t particular to the Danish; you probably know someone like that. With help from Mindshare Denmark, who last gave us Dove’s “Image_Hack” campaign, Ford took insights like this to get people to visit its authorized Ford Motorcraft repair shops, which, unsurprisingly, people consider unreasonably pricey.

Thus, Car Sensitivity was born—a condition where people who seek to avoid repair shops become insanely paranoid about anything, from food stains to rainwater, corrupting the pristine condition of their Fords.

The poster child for this neurosis is Paul, who double-parks and avoids picking his mud-caked children up from soccer practice.

There’s something about Paul that reminds me of my dad, constantly admonishing me to vacuum crumbs off the seats and “Close the door softly! Softly!”

The “Car Sensitive” campaign argues that this condition stems from being too afraid to visit an authorized repair dealer, an irrational fear that it sums up at its end: “Who’s better at taking care of Paul’s car than the people who actually made the car?” Paul appears, reclining in his Ford and sharing all his woes with a repairman. Freud would be delighted.

In addition to promoting Ford Motorcraft locations, “Car Sensitive” is also a quiet pitch for Pricematch, a Motorcraft service that guarantees the same price as unauthorized repair shops.

“We talked about what the consequence would be: Of course, never taking your car to a repair shop, which ultimately would lead to overly cautious behavior around the car. So we decided to stage that insight through a guy named Paul, who would take it to such an extreme extent that it would qualify as a disease, and Car Sensitivity was born.”

Fun fact: “At first we called it Auto Neurotic, but I guess Car Sensitivity had a better ring to it,” Kaadtmann adds.

The ad appeared on social networks, supported by therapy-style radio spots, a “Car Sensitivity” survey, a special section on the Ford online store, memes and PR, as well as a radio program where people could talk about their weird car issues. See a fine spread of all that in the case study below:

“I didn’t get to hear all the episodes [of the radio show], but from the ones I did hear, one of my favorites was a guy who loved his car so much that he actually took it to the forest to do a photoshoot of him and the car, by a professional photographer,” Kaadtmann reveals. “The same guy didn’t allow his wife to drive the car, so they got a second car for her, which she then wasn’t allowed to park next to his.”

That guy isn’t alone. The agency’s survey revealed that 43 percent of Danish drivers won’t let other people borrow their cars, and 40 percent get nervous when their spouses want to use them. Another 25 percent get annoyed by people who get into the car with dirty shoes. (Full disclosure: We’re part of that camp. It takes one second to scrape the grit off!)

The campaign launched in Denmark in May and ran for a month. But judging by the radio show, the campaign has hit a cultural nerve.

“Wikipedia actually removed us from their site when they realized Car Sensitivity wasn’t a real disease,” Kaadtmann says. “We have been trying to get back on ever since.”