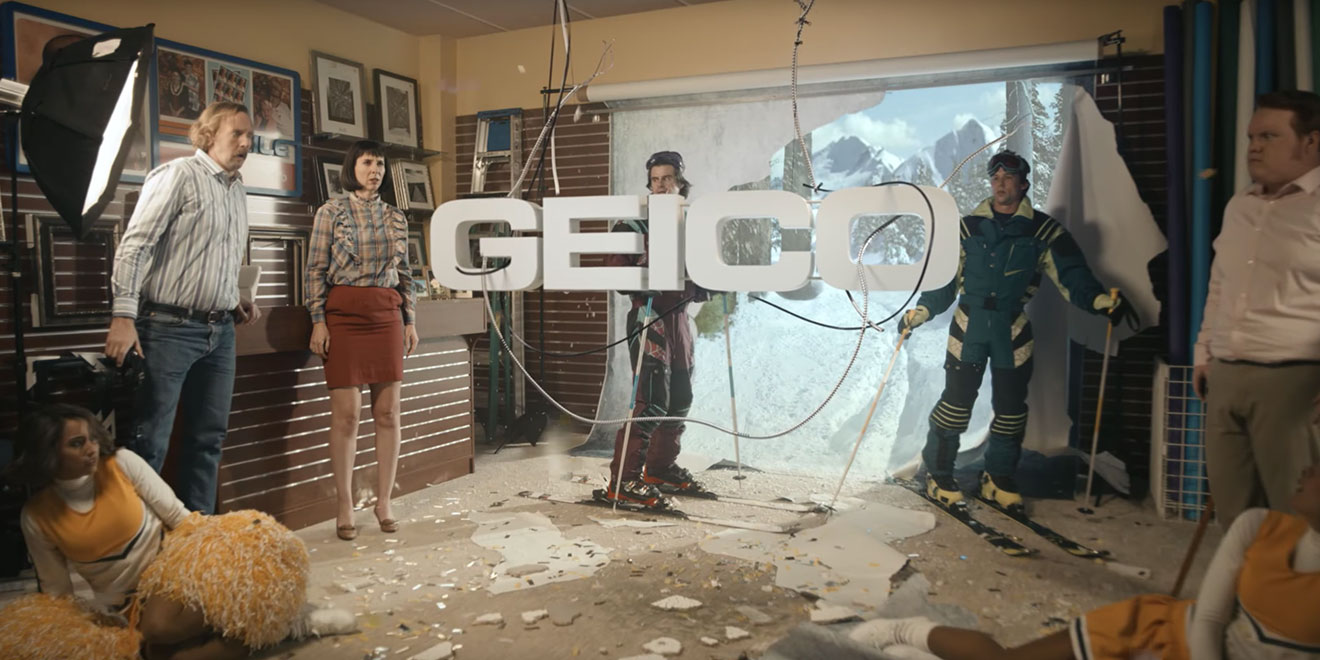 The Martin Agency has done plenty of experiments with Geico preroll ads—front-loading them with the marketing message so they’re unskippable; fast-forwarding through them to save you time; and crushing them down to a more manageable size.

In the fourth year of their preroll shenanigans, they’re trying something a little different. They’re leaning in to the interruptive nature of the medium—by interrupting the ads with other ads.

It’s called “Interrupt-a-palooza.” There are six ads total. Here are three of them:

The earlier “Unskippable,” “Fast Forward” and “Crushed” campaigns tried to give the viewer a better preroll experience. “Interrupt-a-palooza” does, too—but in a way that amplifies the normally most annoying aspect of the form. You still have to sit through the 15 seconds, but at least you get a bit of subversive, meta comedy along the way.

“In the previous three rounds of pre-roll work, we played with the concept of time. First by skipping to the end, then fast-forwarding through the middle, and last year, condensing our ads,” says creative director Neel Williams. “This year, we took a different approach, but still kept things very self-aware. Rather than apologize for the interruption, we thought it would be fun to lean into it.”

“Getting interrupted before watching an online video is not exactly a Ferris wheel ride,” adds associate creative director Mauricio Mazzariol. “So, these new Interrupt-a-palooza ads are supposed to bring some humor to the issue by embracing the disruptive nature of pre-roll and taking it to a whole new level.”

The work was directed by Terri Timely of Park Pictures, who also did the original “Unskippable” campaign.