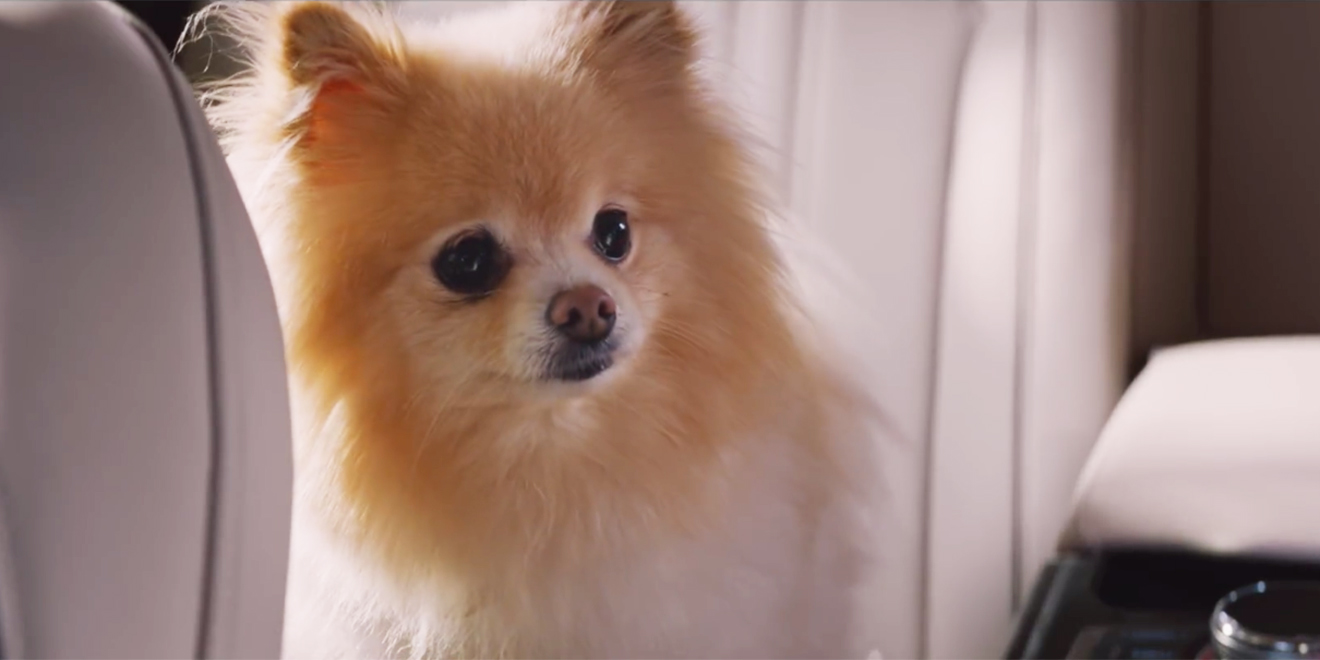 A dog becomes a driver's nemesis in the launch spot for Genesis as a standalone auto brand. Genesis

In German agency Jung von Matt’s spot announcing the spinoff of Genesis as a standalone luxury brand (rather than just a Hyundai model), a chauffeur quickly develops an adversarial relationship with the small dog in the back seat.

When he picks up a Hollywood client—played by actress and model Elle Evans, most famous for her appearance in Robin Thicke’s “Blurred Lines” music video—the pint-sized Kevin comes along for the ride.

As the driver suffers through his obnoxious passenger’s neverending phone conversation (“This is my personal brand we’re talking about!”), his concern turns to the canine. After “doing his little dig thing” the dog seems poised to soil the backseat, leading to a standoff with the driver for the duration of the trip .

In a perfect ending, the ad conjures up about as much poetic justice as a car commercial can muster.

The humorous ad commendably sets up the new brand’s “Excellence Worth Protecting” tagline.

The spot is the beginning of a global campaign by Jung von Matt for Genesis, a longtime member of the Hyundai catalog that will no longer be directly associated with the affordable Korean automaker. While aimed primarily at the U.S. market, it will run worldwide.

The ad is, as some YouTube viewers have noted, reminiscent of 2001’s classic BMW Films ad “The Star,” featuring Clive Owen driving around an entitled diva played by Madonna. But this time around, the VIP passenger escapes unscathed—at least until she’s out of the car.

Check out the “Behind the Scenes” footage below, in which the spot’s human actors explain what it was like working with “the De Niro of dogs.”