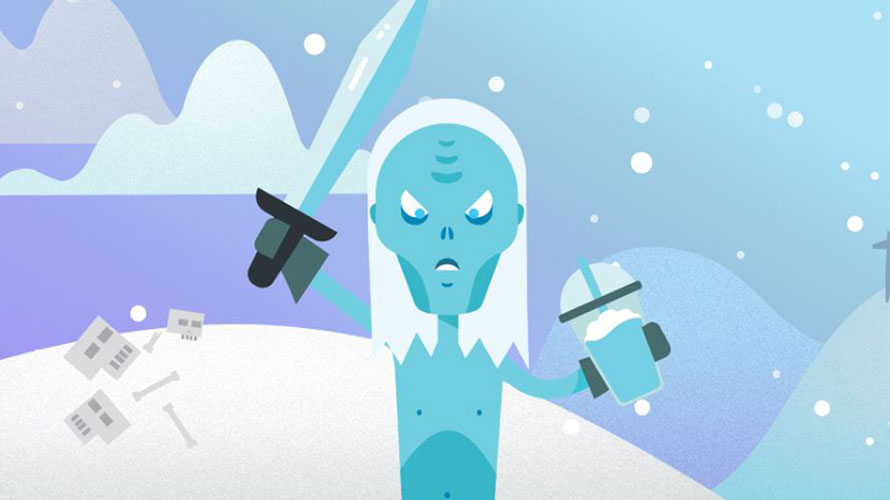 GoTBot can be used for basic catchup, like remembering who a character is or figuring out whether someone is still alive. It’s packed with the show and books’ myriad secondary characters, plus titles and heirs you never knew existed. What better way to underscore the fact that you truly do know nothing?

A few Easter eggs—activated when you ask questions like “How old are you?” or “How to get Jon Snow’s hair”—yield witty memeage, or in some cases, weird Hodor jokes.

While we can’t show you all of them, we’ll show you one: 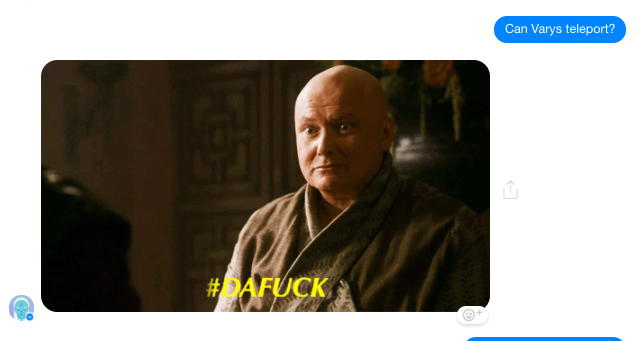 It’s also good at deflecting when it doesn’t know the answer to something. (Some things, even a bot can’t know.) 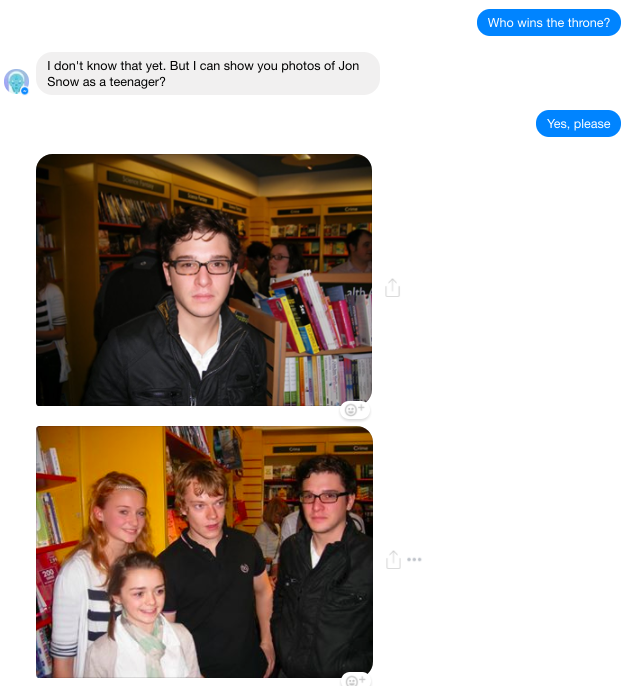 GoTBot was populated with queries from common Google searches related to Game of Thrones, but it’s also learning through its own AI, handled by Wit.ai. The more information it gathers, the better it comes to understand user intent. Its core is supported by a node.js and MongoDB server, with Google Cloud thrown in for spell checking and analytics.

Currently, some 30,000 active chatbots exist on Facebook across 200 countries, according to Catch. By 2020, 80 percent of brands are expected to be using chatbots in some form.

“With 1.2 billion monthly active users on Facebook Messenger, the potential audience for chatbots is huge,” says Jonathan Smith, Catch’s founder and managing director. “We knew we wanted to create a Facebook chatbot and wanted to get our clients excited about the future of AI and how it might benefit their business. What better way to do so than creating our very own chatbot? And who doesn’t like Game of Thrones?”

We don’t know the answer to that. And neither does the GoTBot. It’s got something better for you, though. 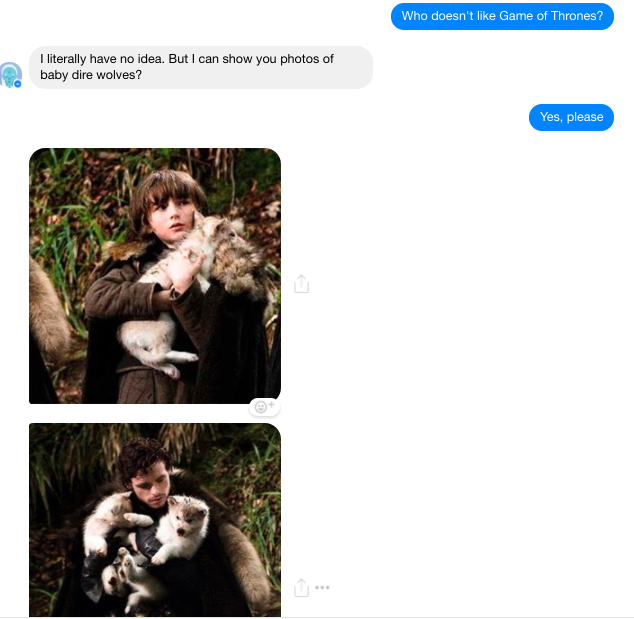