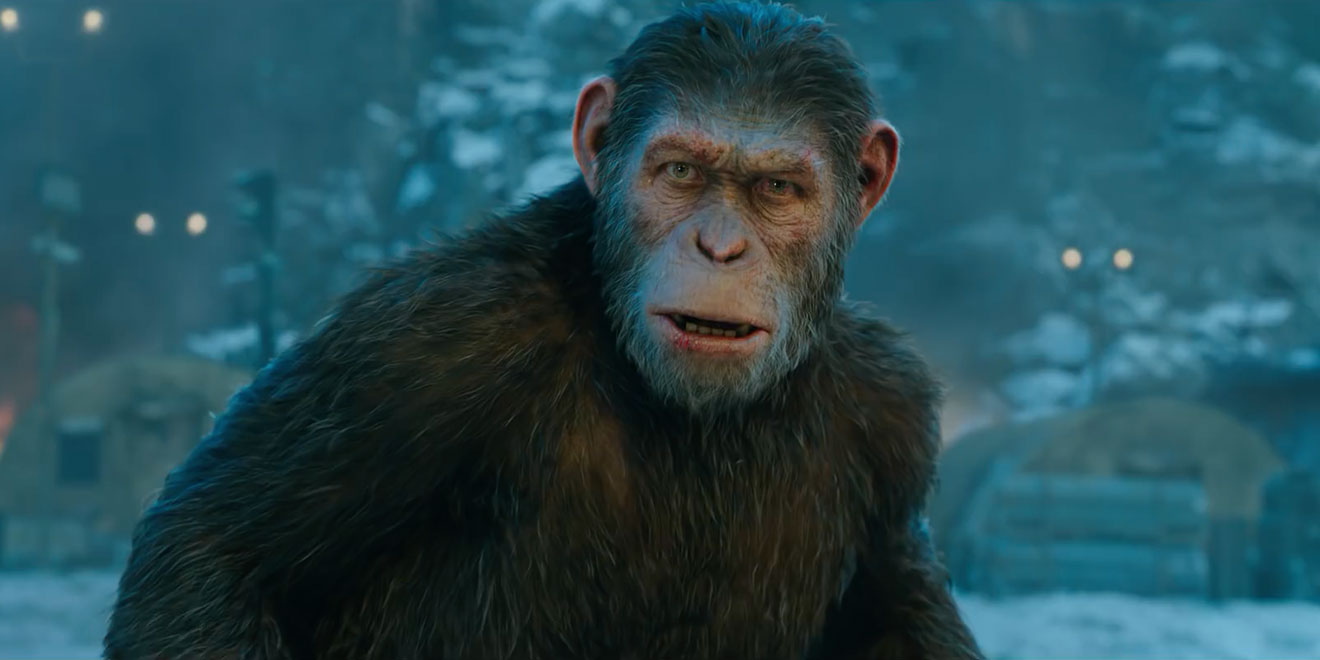 There’s an unwritten rule in Hollywood—or it may actually be written down, considering how pervasive it is—that nothing can ever end. Franchises built on existing intellectual property, whether adapted from previous media or sprung wholly on film, are the key to success, according to the big movie studios.

Not only can the marketing never tell the audience this is the last time they’ll see these characters (they may not feel it’s worth the effort), but you have to actively take the opposite approach and make every movie a small part of a bigger picture. It’s an approach perfected by Marvel Studios, and since used in the campaigns for The Mummy, King Arthur and other movies, though those efforts have largely failed to launch.

It’s into this world that 20th Century Fox is releasing this week’s War for the Planet of the Apes. This is the third and presumably final entry in the series that launched in 2011 with Rise of the Planet of the Apes and continued with 2014’s Dawn of the Planet of the Apes. All three essentially act as prequels to the classic and increasingly campy Charlton Heston-starring series of movies from the 1960s and ’70s. The story of this series follows Caesar (motion-captured by Andy Serkis) as he evolves from an ape used as part of medical research into a cure for Alzheimer’s to a leader of a whole civilization of intelligent apes that threaten the dominance of mankind in the world.

The campaign for War hasn’t come explicitly stated this is the last entry in a trilogy. But the trailers are filled with comments by Caesar and other characters about how the conflict between man and ape that’s been going on for some time now is coming to its climax. “I will finish it,” Caesar intones in the final trailer, talking about the war that has claimed so many lives.

It got me wondering about other instances where “Yeah, we’re done here” has been either implicit or explicit in the marketing of recent movies. I found three examples.

When Selina Kyle says, “You don’t owe them anything … you’ve already given them everything,” Batman respond with, “Not everything … not yet.” That exchange in the third trailer for 2012’s The Dark Knight Rises reinforced some of the other dialogue and imagery spoken and shown, setting a fatalistic tone for this final entry in Christopher Nolan’s series. It shows Batman has, essentially, a death wish, that he won’t be satisfied until he’s given the last full measure to protect the citizens of Gotham City. In addition to that, there’s talk from Bane about being Gotham’s reckoning, Alfred protesting he’s buried enough members of the Wayne family and more. Nothing ever comes out and says “This is the last Batman film from Christopher Nolan,” but that was a theme of the press coverage around the movie and is heavily hinted at in the rest of the marketing.

Now, of course, this comes with a caveat since it was never going to be the final Batman movie ever. Nolan’s first film, 2005’s Batman Begins, rebooted the character after the previous series ended, and it was just four years before Ben Affleck donned the cowl for director Zack Snyder. Still, though Batman endures, audiences pretty clearly got the picture that this was it for that particular incarnation.

Here’s an instance where Warner Bros. did make it explicit that this was the last chapter, the final Harry Potter story audiences would be able to enjoy on the big screen. The entire campaign for 2011’s Harry Potter and the Deathly Hallows sold this as the end, with the second trailer intoning “The final battle is here” as it repeatedly showed Harry and other characters preparing to end their fight against Voldemort and his army of darkness. The posters, too, told audiences “It all ends,” making it clear this was the last stop on the Hogwarts Express.