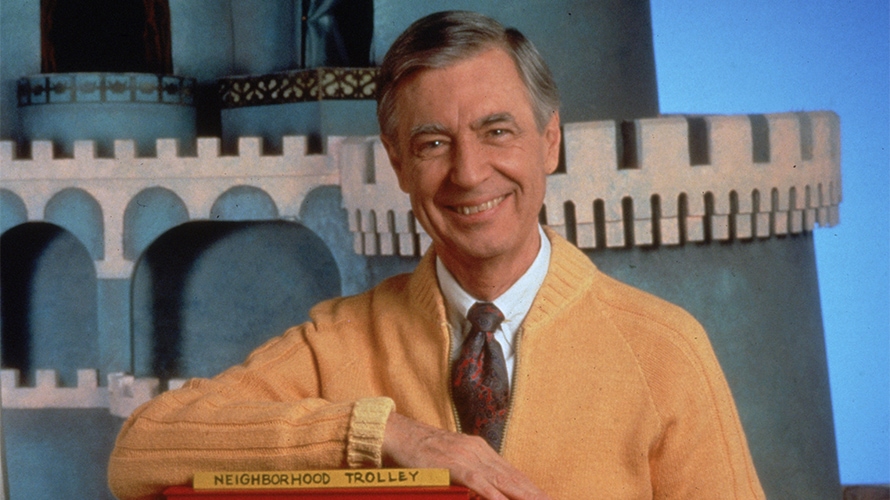 Honestly, is there a better role model?

I’ve been working in advertising for over 20 years, almost exclusively in client services. Over the years I’ve read a ton, belonged to various networking groups, attended prestigious business seminars and workshops, even took graduate-level management courses. All this was helpful, but when I look back on my career, the best lessons I learned about business and strategy came from a guy on television who I never met.

Yes, that Mr. Rogers (full name Fred Rogers), known for his preschool-aged educational content, a staple in homes across America, including mine.

He was calm, empathetic and approachable, and his lessons were never preachy. He also had a point of view on serious issues, like death, divorce and diversity, topics that no one else discussed on children’s TV that advertising could take a lesson from.

I’ve always said that everyone at an agency, no matter their actual job title, works in client services. Client services isn’t just a department. It’s a mindset and the choice to do business a certain way. I don’t think Mr. Rogers would’ve had the temperament to work at an agency, but his way of doing things definitely shaped how I work.

Those who met Mr. Rogers said he gave you his full attention, always. He listened. He knew it’s impossible to connect if you’re trying to do several things at once. We live in a world where multitasking is prized; in an agency, multitasking is par for the course.

Giving your clients your undivided attention is key to building a successful relationship. Your client will know when you’re distracted and not focusing on their needs. My work is better when I fully engage, which allows me to catch tiny but important details I might have missed if I were doing multiple things at once.

Mr. Rogers made talking about feelings OK. I’ve often felt that, in the business world, where we are defined by promotions, titles and billable hours, we try desperately to hide the fact we’re human, that we get tired and scared of failing and worry that we won’t measure up. In advertising, you’re constantly faced with managing through tough situations, and the ones with the best outcomes, where you immediately recognize what’s going on and the best way to handle it, start with addressing the feelings of everyone on your team.

I would argue that it takes more energy to be unpleasant than it does to be kind. You can’t control everything, but you can control how you respond and treat others. We work in a business filled with passionate and talented people, so there are bound to be differences of opinion and conflict. A few years back, I got into a heated argument with a colleague over how we were handling deliverables for a client. I was so angry I could feel my face flush. At the end of the argument, my colleague said, “Well, that was one of the most refreshing fights I’ve ever had.”

Huh? He then told me that I fought fair, and that as mad as I was, he appreciated that I never went below the belt. This isn’t about being a yes person, it’s about not choosing fear and intimidation as tactics. Be tough, but fight fair and choose kindness.

At a digital agency, we spend way too much time with our colleagues not to enjoy ourselves and have fun. Statistics show that employee productivity and creativity increase and stress decreases in a culture of laughter and play during the workday. In advertising, where we try and connect people with their dreams, we have our own kind of “Land of Make Believe,” just like Mr. Rogers, where play and learning are at the core. Play can also enhance emotional intelligence, a key to the success of business leaders and employees.

Don’t ever be afraid to admit you don’t know

I’ve known many leaders who’ve taken “I don’t know” as weakness; they had to have an answer for everything and pipe up with their insights, even if they were wrong. But asking questions opens minds, invites other people to have a conversation and leads to new ways of thinking about helping solve our clients’ business problems. Admitting you don’t know everything creates a culture of curiosity and humbleness, where learning is valued.

On his television program, Mr. Rogers talked slower than most and would take pauses on camera. He treated his on-air time as a conversation, allowing for some silence and breaks for thought. What might be viewed as dead air now was golden for Mr. Rogers. He understood that effective communication isn’t only about talking constantly. Don’t be afraid to be quiet.

Inevitably, our business—particularly when it comes to client services—is about relationships and communication, and there are bound to be misunderstandings, hurt feelings or worse, like a serious problem requiring remediation. Knowing not only when to apologize, but how to apologize, is one of the most effective skills in my toolbox. From Mr. Rogers, I learned that the action plan behind the apology is critical. Be specific and create a work environment where making amends is viewed as part of effective communication and a sign of business health.

One of the biggest things I learned from Mr. Rogers was the idea that there is room for everyone, but only if we make room for everyone. This applies to ideas, differences of opinion and ways to get work done. A former boss would say “yes, and” a hundred times a day, which is key to improving skills and keeping an inclusive mindset.

So find a way to invite more people in every day. Find a way to make your tribe more open, more willing to say yes.

Or, as Mr. Rogers would say, be a better neighbor at work.

Kara Murphy is the director of new business development at Mirum in Minneapolis.