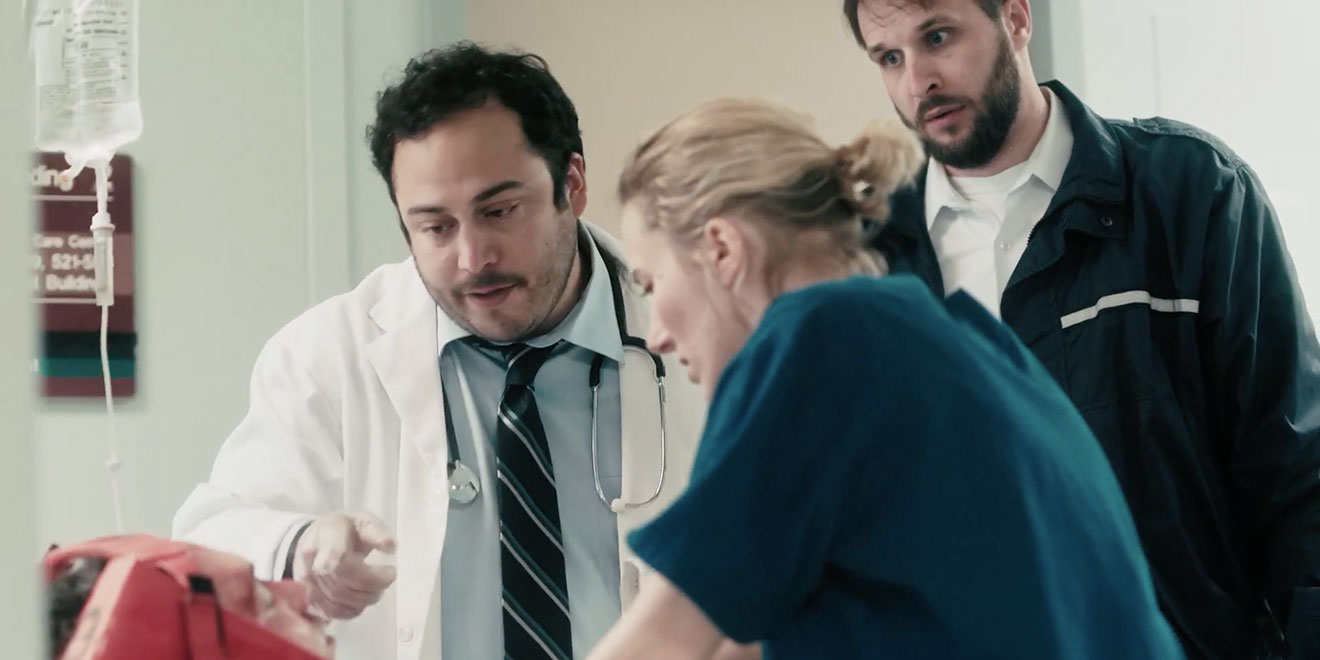 The ad’s premise takes the phrase “Laughter is the best medicine” literally, as a doctor and nurse cycle through various stand-up comedy tropes—topical jokes, observational material, one-liners—in an attempt to revive an unresponsive patient. Out of desperation, the doctor resorts to knock-knock jokes before the patient flatlines.

Good thing too, because from there, the only options are screw-in-a-lightbulb jokes or Sam Kinison-esque primal screaming.

Literal interpretations of common platitudes are a common thing in advertising. Usually, they follow the blueprint of Chick-fil-A’s “Stuck In a Rut” ad—really obvious visual/physical set-up, flat statement of the joke, fade to black. It’s a formula that’s well-suited for a medium dispensed in 30-second chunks, but it gets old after a while.

Cossette’s take, meanwhile, is a nice change of pace. The ad’s tone mimics soap-opera tension well enough that it takes a second for the viewer to figure out what’s really happening, and I appreciated the cagey execution there.

I’d also appreciate it if they published some of the angry letters they’re bound to get in response to “Improv’s not funny.” I could almost hear an entire UCB theater’s blood pressure rising at that remark.