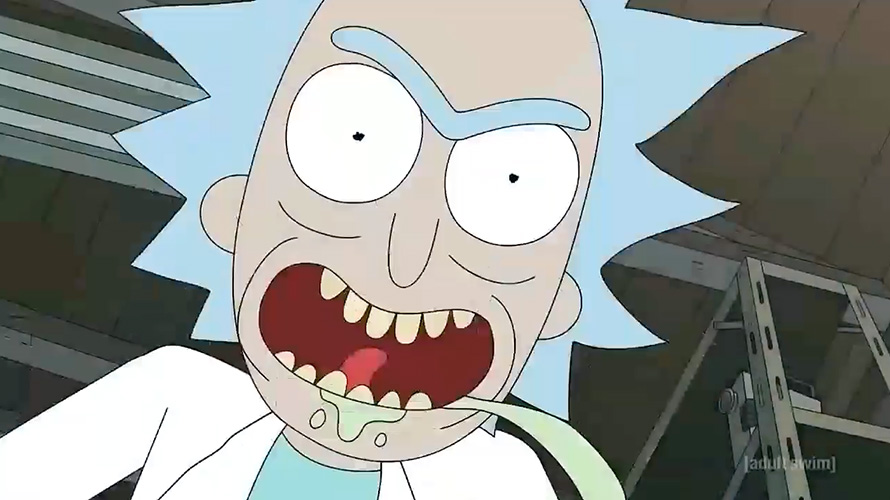 That’s how McDonald’s replied to a Twitter request from the writers of Cartoon Network’s Rick and Morty, after they urged the fast-food giant to bring back its McNuggets Szechuan dipping sauce, last savored in 1998 as part of a promotion for Disney’s animated classic Mulan.

“McNugga” is a (questionable) street-pun play on “Wubba Lubba Dub Dub,” one of Rick’s catch phrases from the show.

All of this transpired after Rick and Morty streamed its Season 3 premiere on April Fools’ Day. That episode featured an unhinged scene with Rick foaming at the mouth and ranting uncontrollably about his unbridled love for some McD’s saucy goodness:

Actually, that looks more like unbridled lust. Or rabies.

Anyway, if Mulan can make a live-action comeback, why not revisit some Szechuan on the side? It could happen, people!

There’s a Change.org petition (those never fail, right?) along with tons of media play, as fans continue to drive the conversation across social.

McDonald’s kicked the door wide open, telling USA Today: “We never say never, because when our customers speak, we listen. And to paraphrase some of our most enthusiastic fans, our sauce is so good that it would be worth waiting 9 seasons or 97 years for.”

Another Rick and Morty reference! McD’s is so chill.

In the meantime, you can always cook up your own version of the sweet-spicy sauce by following this Andrew Rae tutorial:

Make sure to have lots of extra napkins on hand, as foaming at the mouth can ensue lubba dub. Who knows? You might even hear the strains of a heavenly choir as the condiment begins to work its way through your digestive tract.