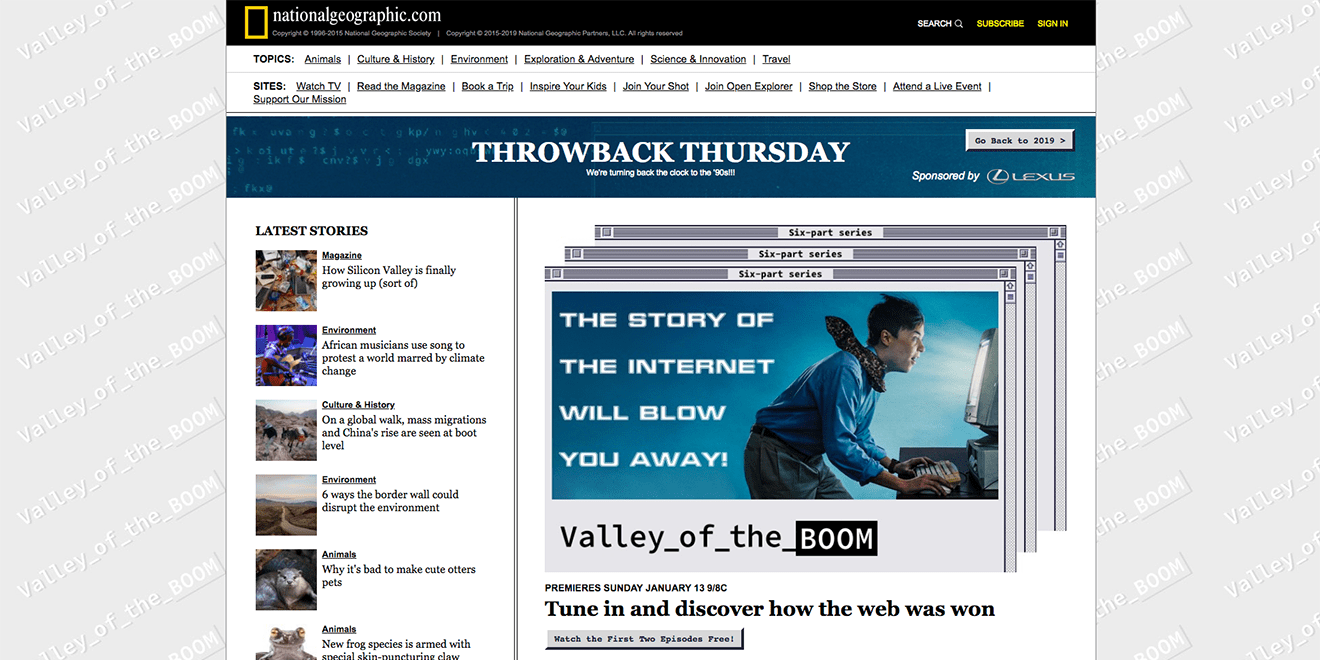 The website for National Geographic (natgeo.com) is best viewed today after listening to this sound. The site has an archaic look, one that looks like it comes straight from the 1990s, as part of the campaign for Valley of the Boom, the network’s scripted series on the takeoff of the internet.

The website borrows the clunky navigation buttons from the ’90s and redesigned artwork for its current shows to match the vibe.

“Given the series focuses on the tech boom of the ‘90s, we’ve been incorporating a variety of tech nostalgia in our marketing campaign. Whether it be the screeching sounds of dial-up modems to the agony of slow page loads, we’ve tried to demonstrate just how different things were 20 years ago,” said Dennis Camlek, evp of strategy and consumer marketing, in a statement.

The new homepage went live at midnight and will be active for 24 hours. Of course, the current design is still available for readers, in case the ’90s look is too much, and there’s also the option to toggle between the two.

As part of the widespread campaign for the show, National Geographic also redecorated some WeWork locations to look like the 1990s. Select WeWork locations were made to look like throwback internet cafes, decorated with clunky desktop computers and featuring old-timey games like Oregon Trai land Tetris. The pop-ups also offered new LinkedIn headshots to visitors. Nat Geo is also handing out a promotional issue of Wired, with throwback content and retro ads, at CES.

Valley of the Boom premieres Jan. 13.