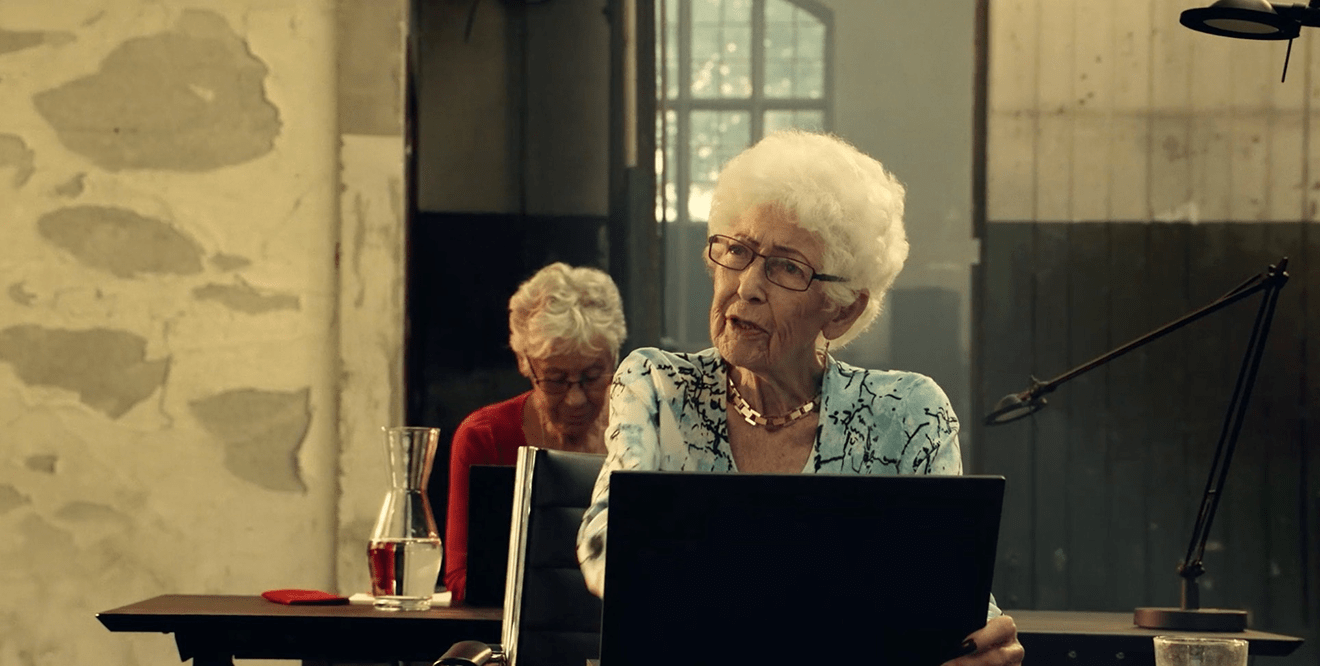 Online security guru John McAfee once famously declared that hacking into computers is so easy, even a grandma could do it.

Danish ISP Stofa put that assertion to the test in a new film touting its SafeSurf program, training six real grandmothers in the art of cyber invasion.

These ladies do struggle a bit at first. One gran isn’t too sure how email works. Another briefly mistakes a traditional notebook (the kind you write in with a pen) for her laptop.

Ultimately though, most of them manage to take over their grandkids’ PCs, and serve up quite a surprise to the younger generation:

That granddaughter’s “What the f***?” exclamation toward the end of the three-minute clip — as grandma’s grinning mug pops unbidden onto on her screen and says hello — sums up the experience pretty succinctly. (English apparently being the universal language for f-bombs. *Beams with pride.*)

“Even though cybercrime has been talked about vigorously in the last couple of years, ordinary people still find it unlikely that a hacker will ever target them personally,” says Robert/Boisen & Like-minded creative lead Niklas Hultquist, who helped develop the campaign.

Drawing inspiration from McAfee’s maxim, “We thought that if we could actually get a grandmother to perform a successful hacker attack, we had a strong message to build on, illustrating the fragility in modern cybersecurity,” Hultquist says.

The grandmas ranged in age from 68 to 92, and their 10 hours of intensive training took place over two days.

“They gave us the most priceless moments that no copywriter could have ever dreamed up in a script,” says Hultquist’s creative partner Frederik Voetmann. “For instance, when Rita needed a bit of help from her fellow student distinguishing her notebook from her laptop.”

Instructor Jan Spansberg, a security expert, really shines, displaying the perfect mix of authority and amusement, while never coming off as harsh or impatient. The technical instructions were scripted, but his interplay with the seniors was spontaneous.

Though “Grandma Hackers” builds from the hackneyed notion that elders struggle to master new technology, the work mostly subverts that stereotype and treats its grannies as more than comedic props. Four of the six subjects successfully hacked their grandkids. (Likely scarring them for life.)

“As we follow the grandmas through the tough learning process we end up rooting for them,” says Voetmann. “We show our grandmas empowered and as the heroes of the narrative.”