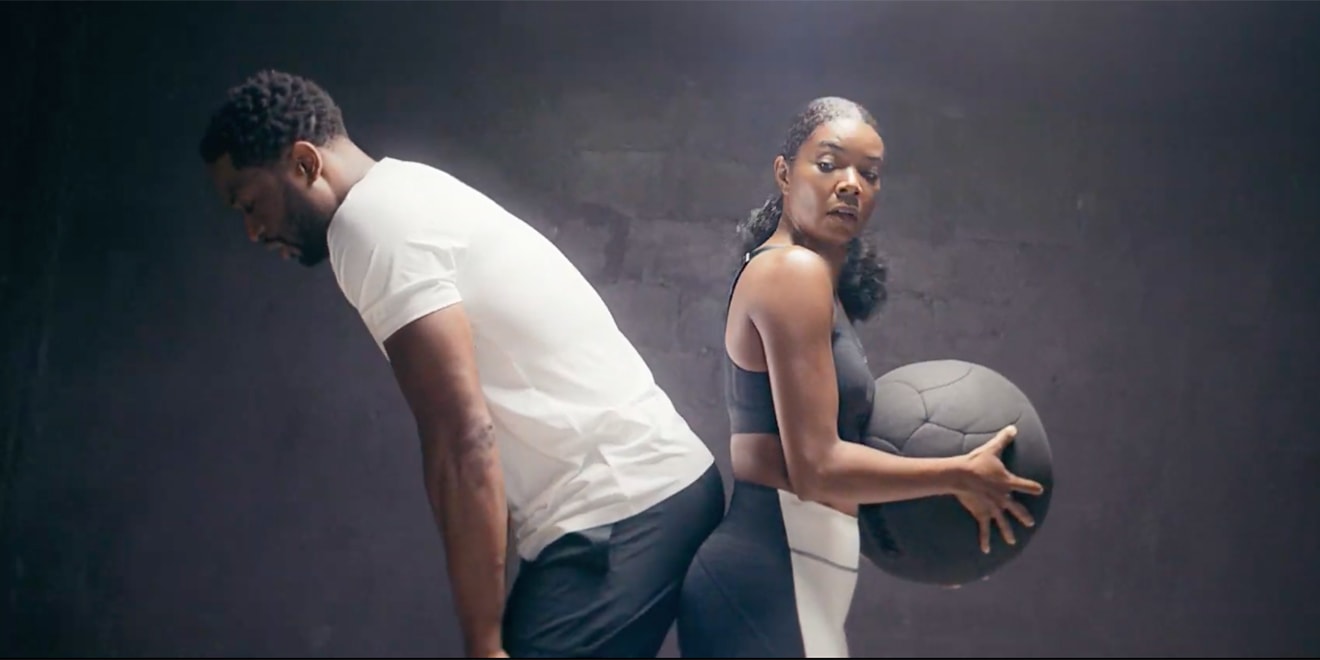 The NBA star and actress have a light-hearted rivalry in the first spots for Gatorade Zero. Gatorade

Dwyane Wade and Gabrielle Union may be happily married, but that doesn’t mean the two stars of their respective fields aren’t a tad competitive when it comes to one upping each other.

The pair appear in the inaugural campaign for Gatorade Zero, which bills itself as offering “all the electrolytes, zero sugar.”

This is the first campaign the couple has been in together. And while Miami Heat star Wade might be a pretty standard Gatorade ad star, the decision to feature actress and “America’s Got Talent” host Union marks one of the few times the brand has used someone who isn’t an athlete by profession in creative elements.

“The campaign opens the door on how we explore athleticism,” says Jill Abbot, head of consumer and athlete engagement at Gatorade. “It pushes us to broaden how we show and support athletes.”

TV ads feature Union and Wade attempting to one-up each other at the gym. To the tune of Missy Elliott’s “Pep Rally,” the couple challenges each other on the treadmill, jumping rope, doing box jumps and cycling.

“Creative came about from similar, shared experiences, both at the brand and with our agency (TBWA\Chiat\Day Los Angeles),” Abbot says. “When you’re at the gym on the treadmill and you’re sweating it out and you look over at the person next to you and they’re running just a bit faster, your urge is to crank it up bit. Our goal was to aim for this feeling in a real moment. Competitive drive shows up anytime you’re sweating.”

Union and Wade helped the brand “showcase athleticism on a personal side,” Abbot adds. “Their real-life relationship fuels each another.”

Gatorade also introduced new packaging for Gatorade Zero, which consists of white labeling to differentiate it from other Gatorade products. In addition to TV, the brand will be rolling out extensions of the campaign in digital, print, mobile ads, Facebook and Instagram, to name a few.

Amy Corr is a contributor to Adweek.