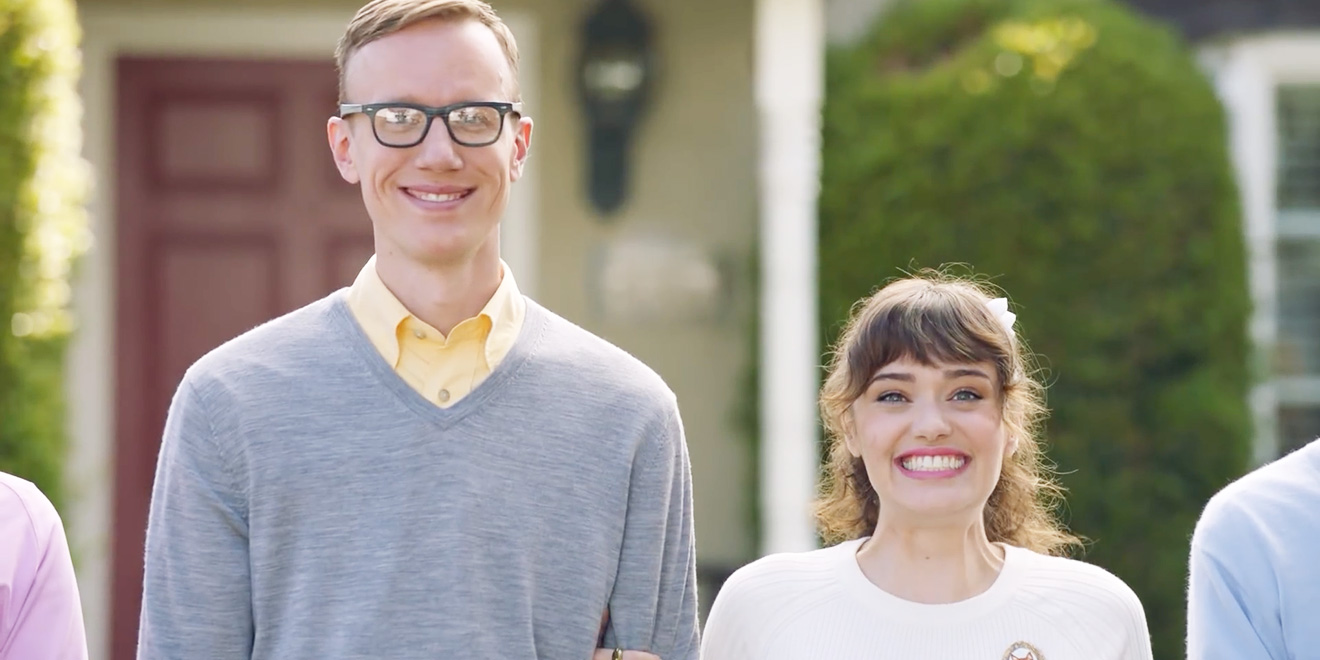 The new campaign for Re/Max actually comes from San Francisco-based Camp + King and plays up the role of the brand’s real estate agents in finding the perfect place for empty nesters, newlyweds and a bunch of other home buyers who could be straight out of central casting for any of Anderson’s twee flicks.

In short, there’s a lot of pale skin and red lipstick.

The spots, made for TV, digital and social, tout Re/Max agents’ skills in generating word of mouth “in an age when consumer ratings, reviews and recommendations are everything,” said co-CEO Adam Contos, noting that the company is on an upswing, just finishing its best year of sales in a decade (with an 11 percent revenue bump) and adding 7,000 agents worldwide.

Those sellers know, for instance, that a nerdy-hipster couple would really dig “a classic Cape Cod” and can anticipate the wants of a Midwestern family with “strong foundations and sunny interiors” and a “built-in bloodhound.” (It’s a three-bedroom Colonial with an in-law suite and laminated floors.)

The Re/Max work joins currently running ads for the Venetian resort in Las Vegas as hat tips to Anderson’s visual cues and offbeat sensibility. And those two recent examples are part of a much longer list (see “Mel’s Mini Mini Mart” for Oreo or “Live Long in Oregon” for the state’s healthcare exchange) of the ad world borrowing from the filmmaker’s recognizable tropes. And if you explore, you’ll find an internet full of “What if Wes Anderson made this ad?” parodies.

For his part, Anderson does actually make commercials too, counting H&M, Ikea, AT&T and Stella Artois among his long list of clients. Next up is his big screen animated flick Isle of Dogs, but another brand campaign might not be far behind.