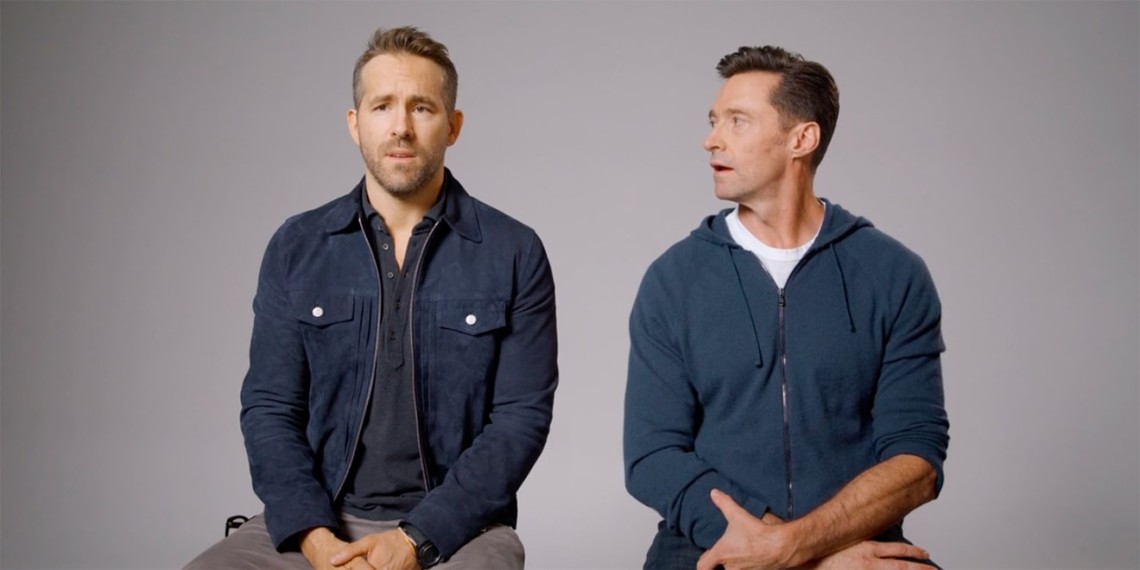 Some people just can’t leave their petty arguments at the office. Take, for example, Hugh Jackman and Ryan Reynolds. All Hugh Jackman did was decapitate Reynold’s Deadpool character and send his sewn-mouth, laser-eyed head spiraling into a nuclear cooling tower in 2009—which admittedly made it a bit awkward for Reynolds to secure Deadpool his own franchise.

But Reynolds is willing to forgive, or at least he seemed to be this week after years of taking snarky social media digs at each other, including Reynolds’ campaign ad urging Oscars voters not to support Jackman because the Australian star is secretly from Milwaukee (he’s not).

They recently announced a “truce” on Twitter and promised to make ads for each other’s companies—Reynolds’ Aviation Gin and Jackman’s charitably oriented Laughing Man Coffee.

But like all uneasy alliances, this one didn’t seem made to last.

Here’s a look at the ads they created for each other:

It’s a bit like the groundhog seeing its shadow, except if the shadow were timelessly handsome and relentlessly vindictive. Sounds like we’re going to have at least six more weeks of icy online rivalry.

Fans of Reynolds’ Aviation Gin marketing work—which has included a video on the oddly labor-intensive process that goes into each batch of gin—likely know that his out-of-office email responses are the backbone of his self-effacing approach to running the business. This week, he kept it short and to the point: