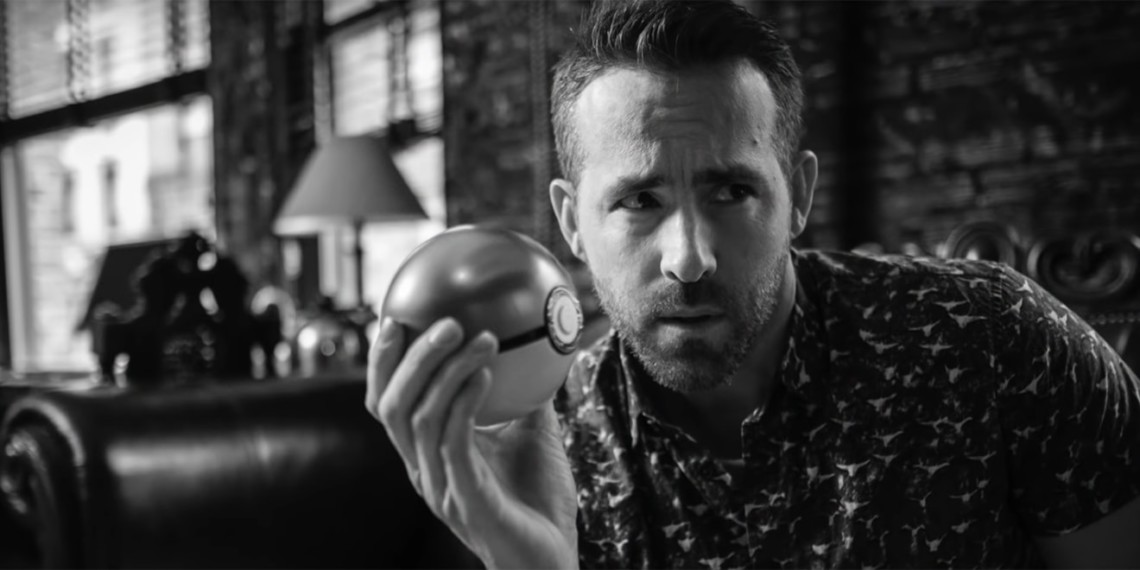 The actor truly immersed himself in the role of Detective Pikachu, but at what cost? Ryan Reynolds

Ryan Reynolds has a strong public persona, an immediately identifiable personal brand—dry, egotistical, quick-witted and slightly oblivious—that he has unleashed on his audiences to promote project after project.

Most recently, his signature self mockery is on display in a new video posted to the actor’s personal YouTube channel to help promote Pokemon: Detective Pikachu, in which he voices the little yellow Pokemon character that has become a ubiquitous visual shorthand for the brand.

In the video, Reynolds details how deeply he invested in the process of researching and trying to “make the character come alive.” His regimen included abandoning his daughters at school (Detective Pikachu doesn’t have kids) and trying to lose 182 pounds (to match Pikachu’s weight). Included in the video are comments from Blake Lively, Reynolds’ wife, where she makes it clear she’s not thrilled with the direction her husband took and that, no, the rest of the family will not be going to see the movie.

That video is just the latest example of how Brand Ryan Reynolds has become a strong selling point for his movies and passion projects—namely Aviation Gin, in which he bought an ownership stake.

The story of how Ryan Reynolds eventually got the first Deadpool made involves at least a fair amount of the star convincing Fox that no one else could play the character, that after 11 years of trying to get the project off the ground it came down to him fully embodying the “Merc With A Mouth” to an extent no one else could.

After test footage commissioned by the studio was leaked to the internet—perhaps by Reynolds himself—the reaction from fans was so positive, the movie finally got the green light. The charismatic Canadian had willed the film into being based on the strength of his deadpan sarcasm.

Since then, he’s used the power of YouTube and Twitter to just keep being Ryan Reynolds, someone who is funnier than most anyone else you know and who just happens to also be a massive movie star.

Let’s look back at some of the work that’s benefitted from his specific niche of personal panache:

This is when things really started coming into focus, as Reynolds’ personality was a key aspect of the marketing for both Deadpool films.

Since his early, behind-the-scenes work tog et Deadpool off the ground, he’s shared trailers and other videos in a more official capacity, all of which show off the meta nature of the character and his portrayal. Consider how in “No Good Deed,” released in the lead up to last year’s sequel, you see a poster for Logan in the background while the description of the video includes a nod to one of Lively’s first breakout roles.

Or how the trailers for both movies contained multiple references to both the Marvel Cinematic Universe (of which Deadpool has not been a part since his franchise was owned by Fox) and DC’s super hero films, including Reynolds’ regrettable Green Lantern.

That same persona is on display in a short video he posted to begin promoting the upcoming Netflix-exclusive film 6 Underground, showing him talking about the “stillness” of director Michael Bay’s shooting style as cars explode in the background. And it was certainly out there while he was on the publicity circuit for Life a few years ago, engaging in all sorts of hijinks with costar and longtime friend Jake Gyllenhaal.

Reynolds first appeared as Deadpool, of course, not in the solo movie but in 2008’s X-Men Origins: Wolverine, though the character was…not what it could have been. Since then, but especially in the last few years, he’s had a feud going with costar Hugh Jackman that has spanned media and campaigns.

In 2016 he crashed the press junket for Jackman’s Eddie The Eagle with some hilariously uninformed questions and continued on social media as the two jibe each other back and forth. It’s even spilled over into his marketing for…

In early 2018, Reynolds invested in the liquor company making Aviation Gin and has since unleashed everything he has to up its awareness and sales in the U.S.

To that end he’s released a promotional video of him being interviewed by his “twin brother” Gordon, who doesn’t hold his brother in very high esteem. That was a sequel to a 2016 GQ video that accompanied him being named “Man of the Year” by that magazine. Those allow him to basically play off himself, so you get two Reynolds for the price of one.

He’s also shared what the process of making Aviation Gin is, though one might argue it doesn’t seem wholly accurate.

Worlds collided when an Aviation promotion involved Jackman as the two called a truce in their war, with Reynolds helping to promote Jackman’s Laughing Man Coffee and Jackman creating his own ad for Aviation Gin. The only problem is that Jackman didn’t really think the truce was real, and his spot reflects that.

All of that adds up to a constant stream over the last two years of Brand Ryan Reynolds constantly out there selling, whether it’s a movie, a liquor brand or anything else. He’s always “on” when he’s in the spotlight.

This persona has been around for years, all the way back to the days of Van Wilder, “Two Guys, a Girl and a Pizza Place” and other early roles. Now, though, it’s been turned up to 11 and shows no sign of getting dialed down.