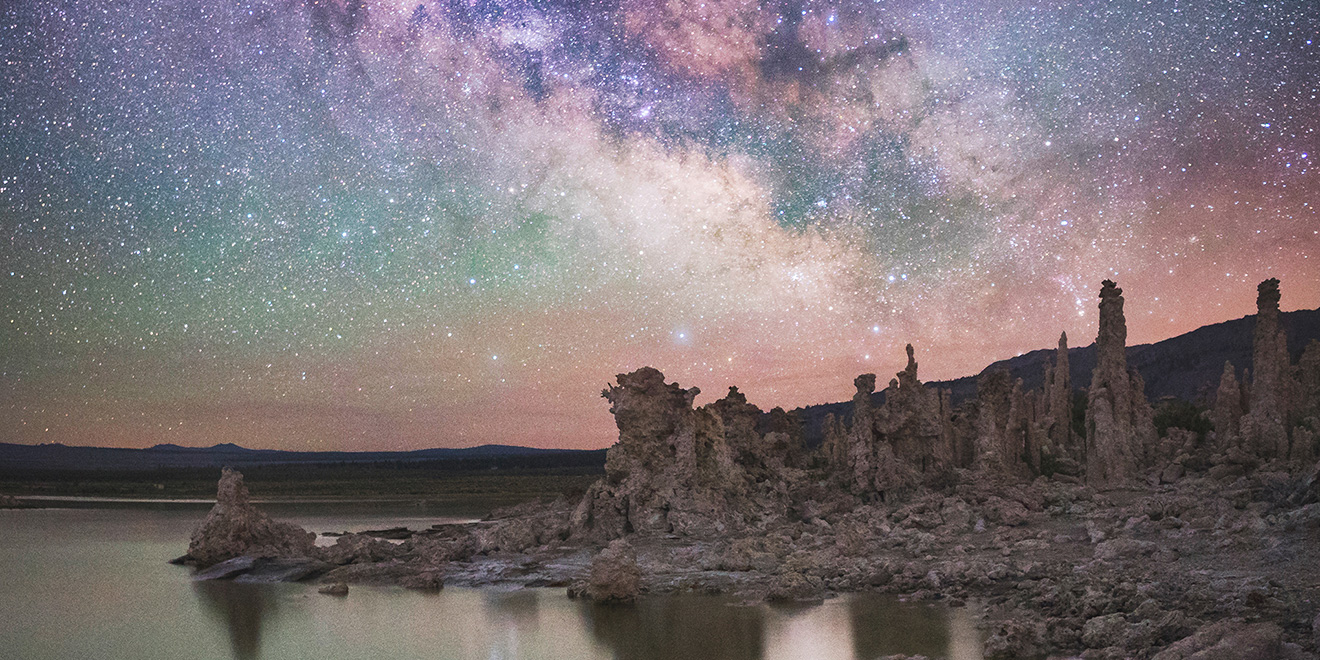 Adobe has released a new list called the Adobe Rising Stars of Photography, following a global search for up-and-coming creative talents in the space. And many are indeed almost unheard of, with most having just a few thousand Instagram followers.

That will soon change, judging by the quality of work here. Notable in particular are two American photographers who are only in their mid-teens—Ben Ruef, 14, and Ashleigh Scully, 15.

Ruef, based in Southern California, is also a surfer and skateboarder. He began his photography and filmmaking career by shooting skateboarding tricks, before becoming infatuated with wildlife and the national parks. Scully, based in New Jersey, is already an expert wildlife photographer, who has twice been honored with National Geographic Kids Online’s photo of the year.

See all 10 of the rising stars below, with descriptions by Adobe.

Age: 27
Instagram: @buka_andile
Website: http://cargocollective.com/andilebuka/
Though Andile does not come from creative roots, he decided to leave a stable career to pursue photography. After his first unsuccessful attempt at freelance, Andile went back to his 9-5 job for two years before trying his hand at photography a second time. He allowed himself six months to “figure it out” before giving up on his dream completely, and fortunately has never looked back. Self-taught and still in the early days of his freelance career, Andile is motivated by a desire to grow his creative skillset. He also has a passion for cycling through the city of Johannesburg, connecting with people through his lens. 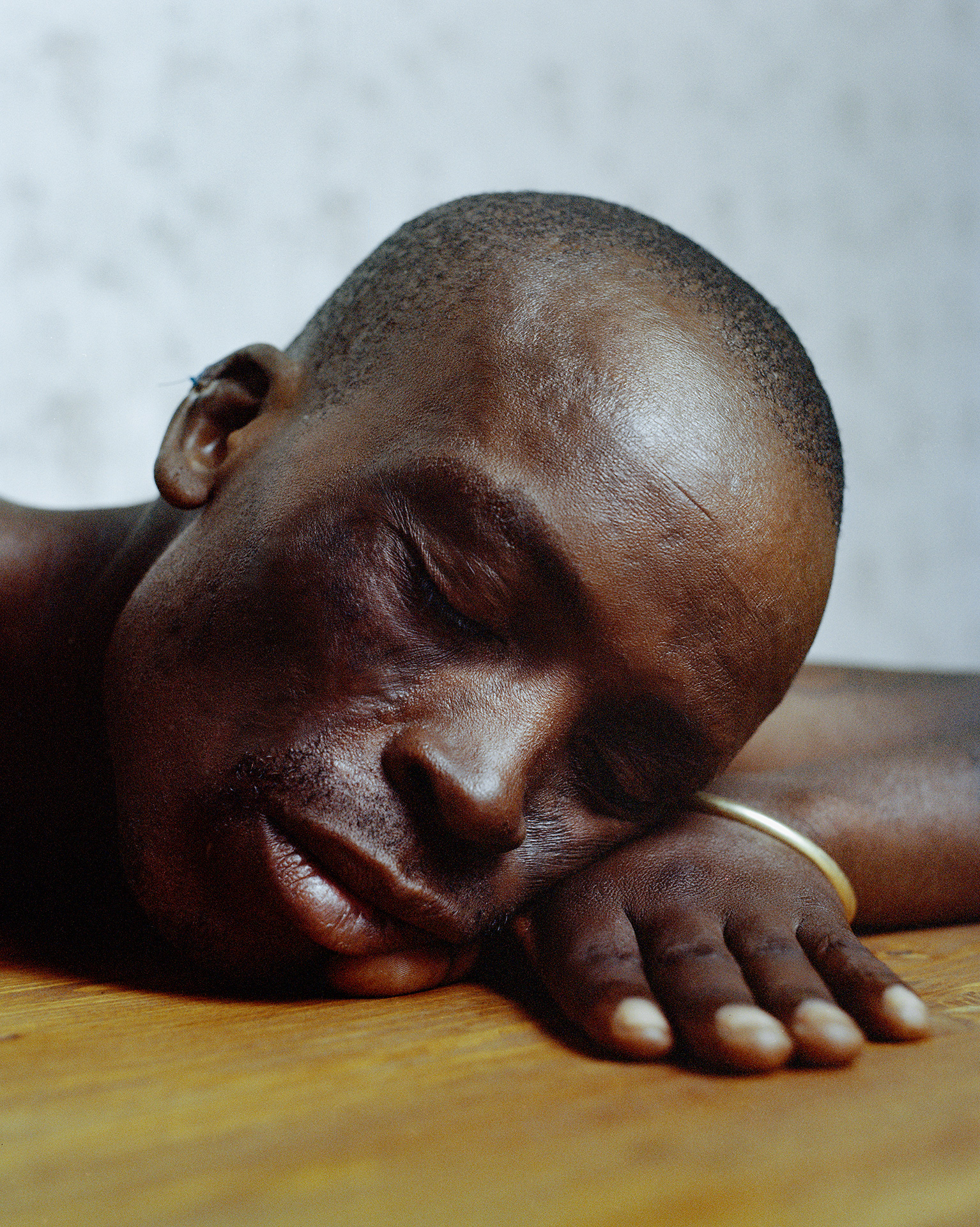 Age: 28
Instagram: @estascalles
Website: http://www.adrianaloureiro.com/home/
In high school, Adriana began exploring documentary photography through a long-term story about graffiti in Caracas, Venezuela. Channeling her passion for storytelling, Adriana has been contributing as a freelancer for different national news outlets over just the last three years. She displays a strong understanding of color, light, and humanity in her photography, especially in her documentary-style work. 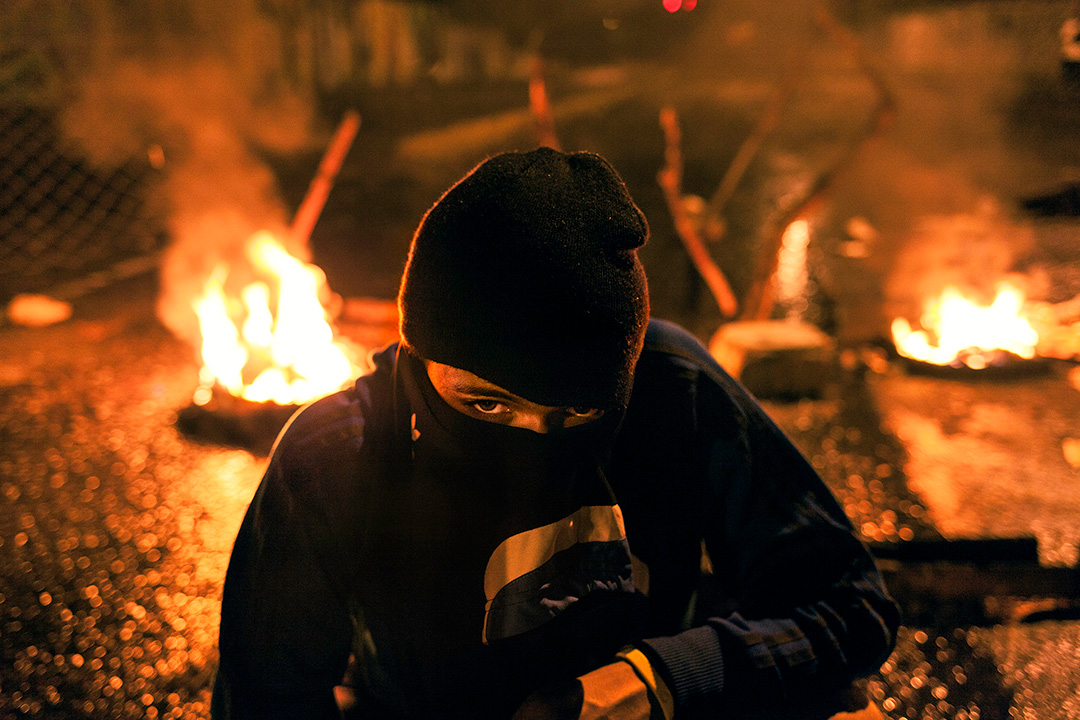 Age: 29
Instagram: @tarrynfrancis
Website: http://tarrynhatchettphotography.tumblr.com/
Tarryn started her creative journey by studying acting, but quickly realized she wanted to be more in control of her creative process – from the birth of a concept to its full execution. Always having been an obsessive creative and an avid painter, she eventually came into full-time photography just three years ago through her life-long love for cinema, and consequently visualizes her shoots in a cinematic style. Capturing the essence of a person through portraiture, and exploring ideas of character and identity is what she loves about the craft. Her fashion photography is tender but edgy with a sense of humor. She hopes that her unique photographic voice and style will lead to opportunities for bigger fashion and portraiture shoots. 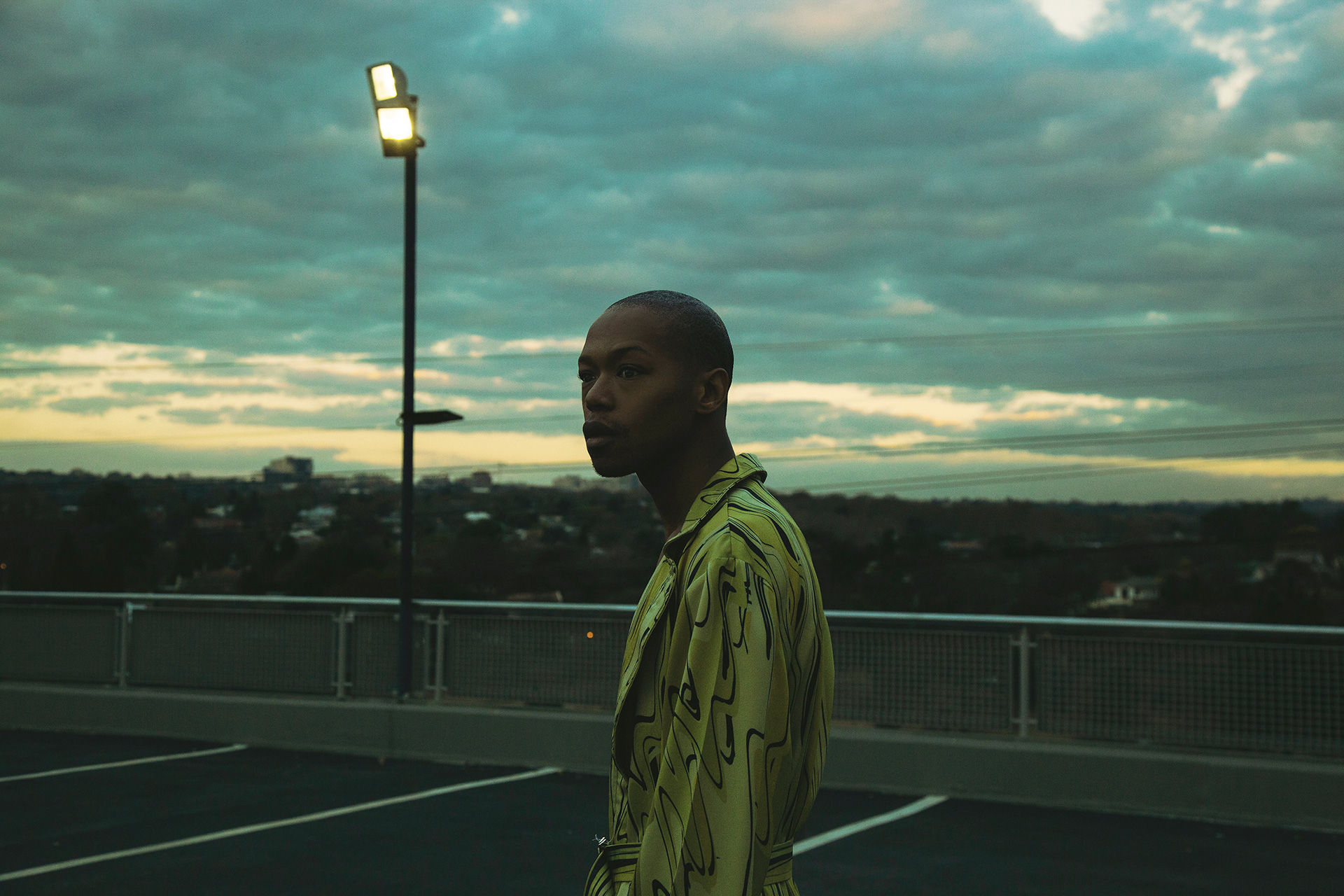 Sofi Lundin, Sweden (based in Uganda)

Age: 36
Instagram: @sofi_lundin
Website: http://sofilundin.com/
Sofi Lundin’s photographic work is characterized by a belief that humanity should always be reflected when reporting, whether it’s a story on refugees in South Sudan or on the LGBT community in Uganda. She is a Swedish freelance photographer and journalist based in Uganda, working for international media and non-governmental organizations including the Norwegian Refugee Council, Norwegian Church Aid, and Save the Children. Sofi is a humanitarian first, and uses photography as a vehicle to tell important stories. 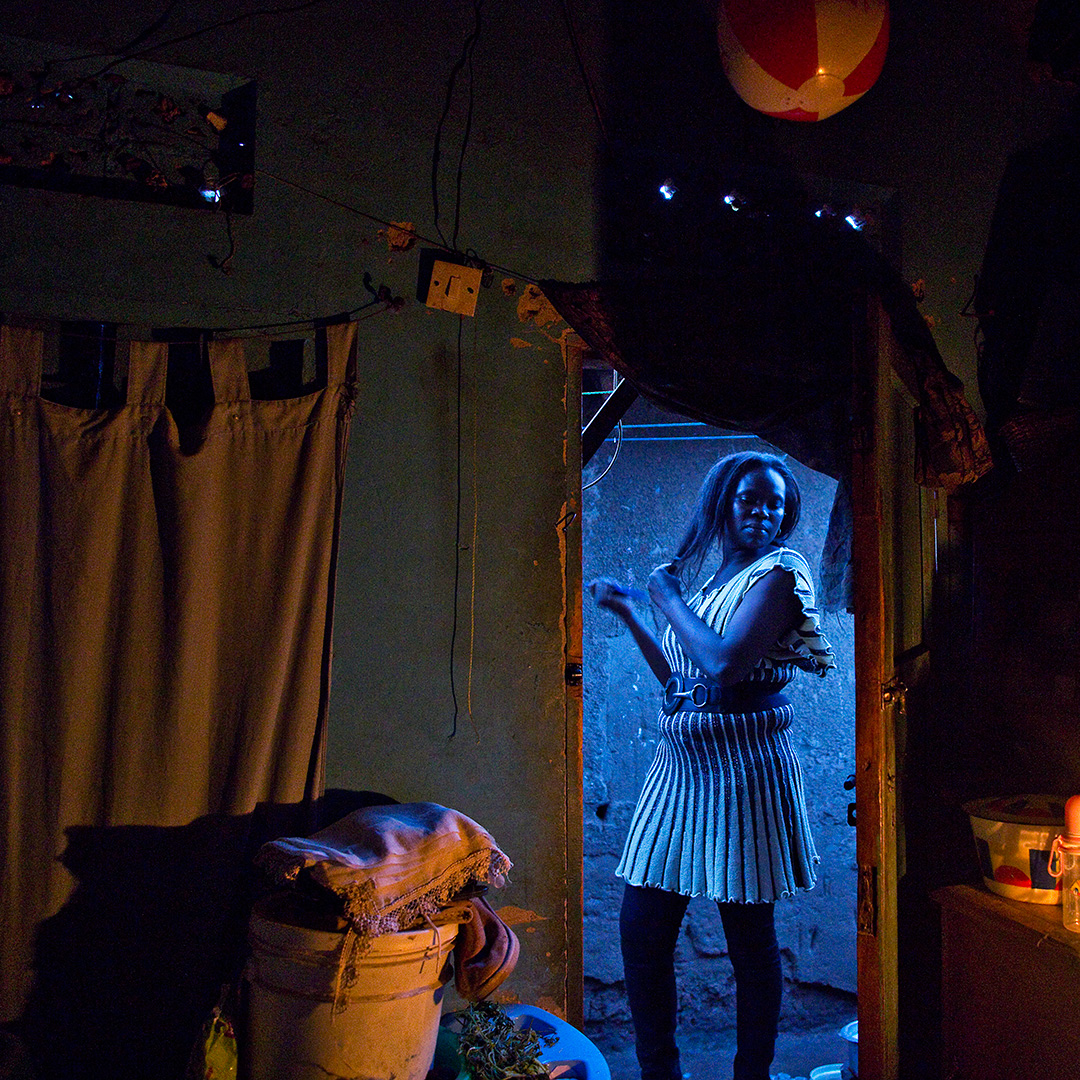 Age: 19
Instagram: @andrewnowacki_
During walks around their cottage, Andrew Nowacki’s father gave him photo challenges to complete from a young age. Andrew learned to manipulate shadows and light and was drawn to minimalist architecture. His passion for music led him to take part in a local collective in Montreal that fuses visual art and underground music. Andrew is particularly passionate about this collective because of its ability to bring together his community. 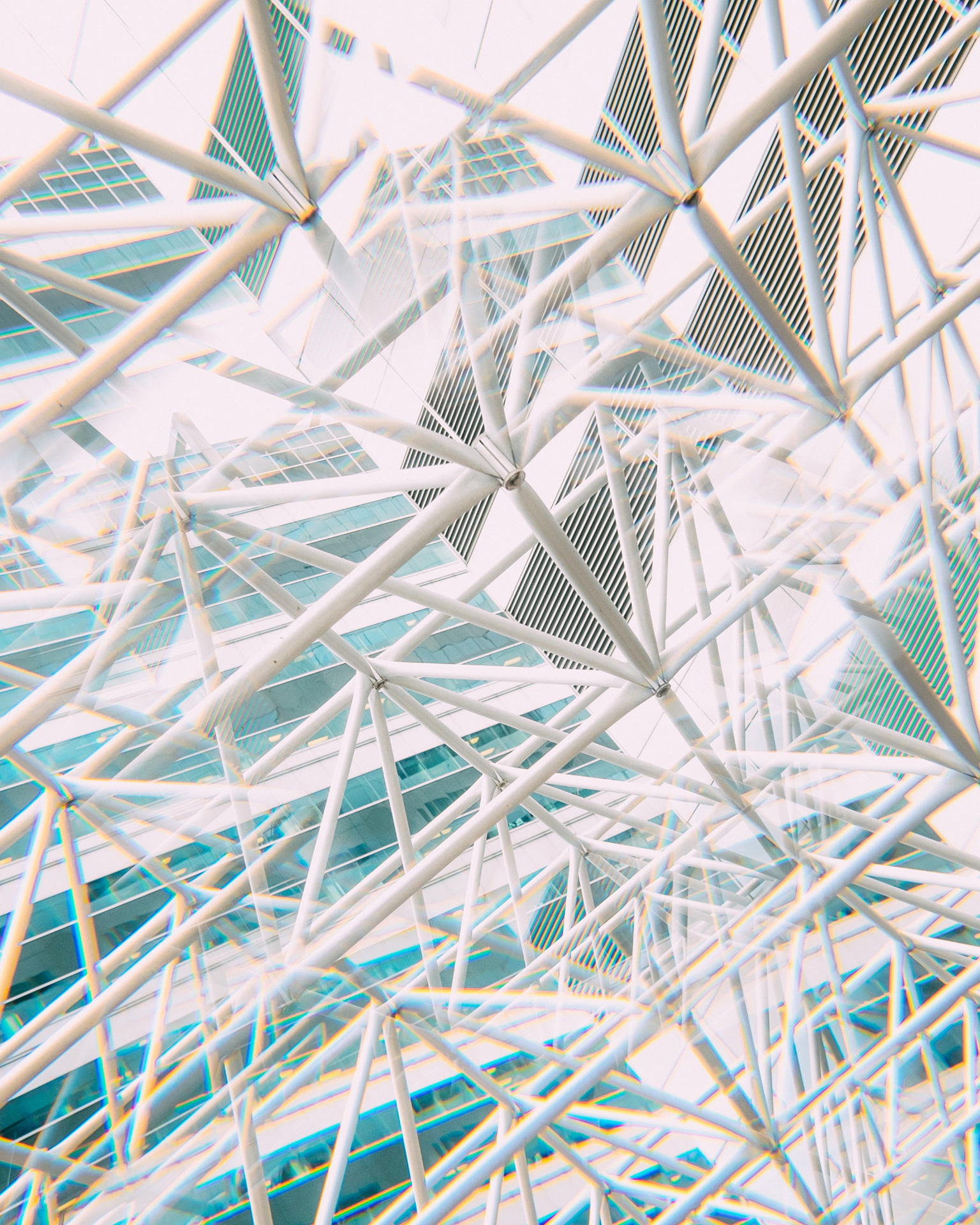 Age: 20
Instagram: @neocek_ivana
Website: https://www.ivanapejak.photography/
Hailing from Serbia, the world of photography was introduced to 20-year-old Ivana at a young age. With a knack for the romantic, Ivana particularly likes to combine portraiture with street photography and enjoys finding herself through different kinds of visual art. Ivana is a student of cinematography at Academy of Arts Novi Sad, so films are a big part of her artistic interest. 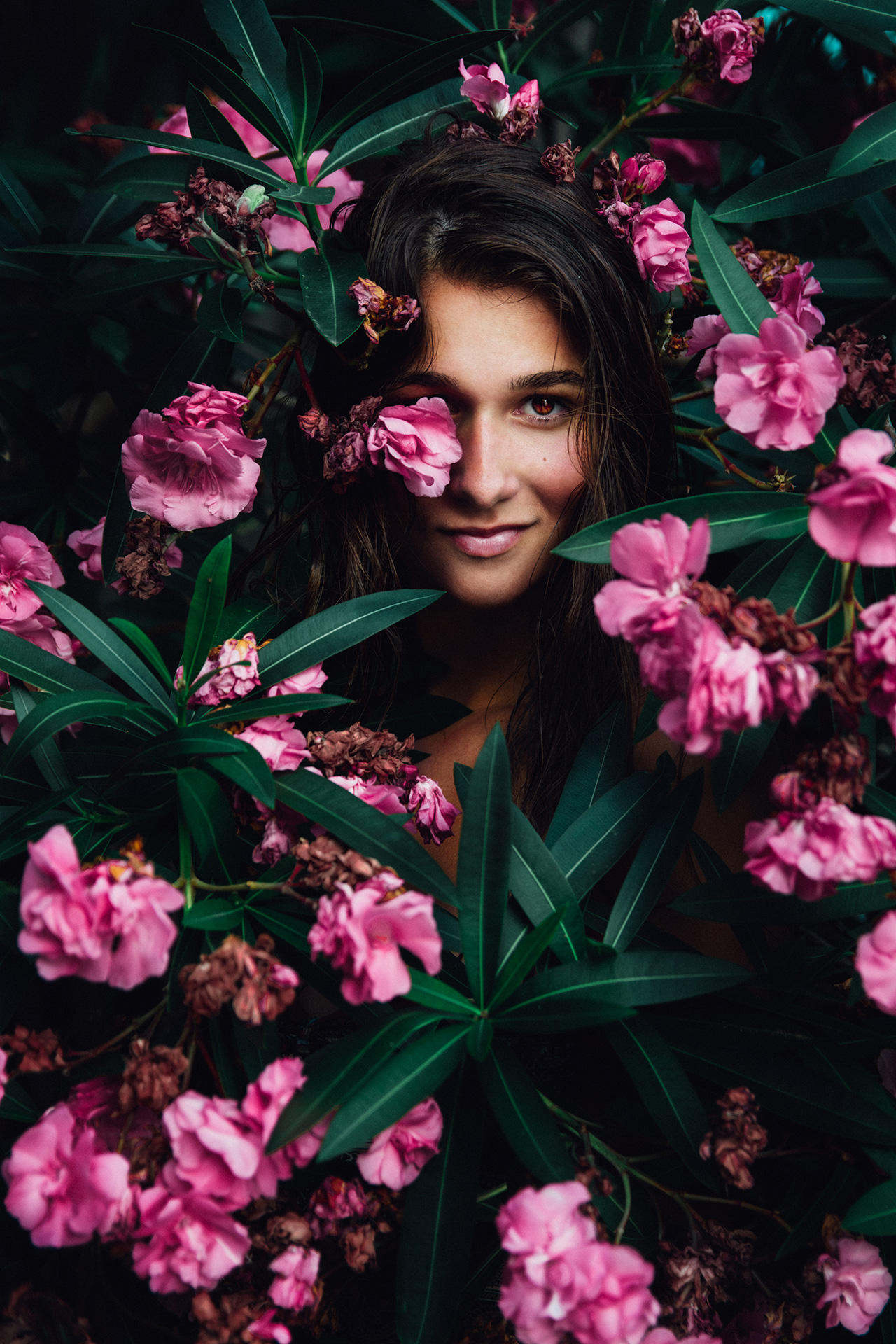 Age: 14
Instagram: @benruef
When 14-year-old Ben isn’t surfing, he can be spotted with a camera in hand. Though he began by snapping skateboarding shots of his friends, Ben expanded his photographic style as his family traveled to national parks, where he developed a love for shooting wildlife up close. After getting his own camera, he continued to shoot wildlife and landscapes, and developed a particular interest in timelapse videography. Nature photography mesmerizes him because it’s all about being in the right place at the right time in order to get the best shot. 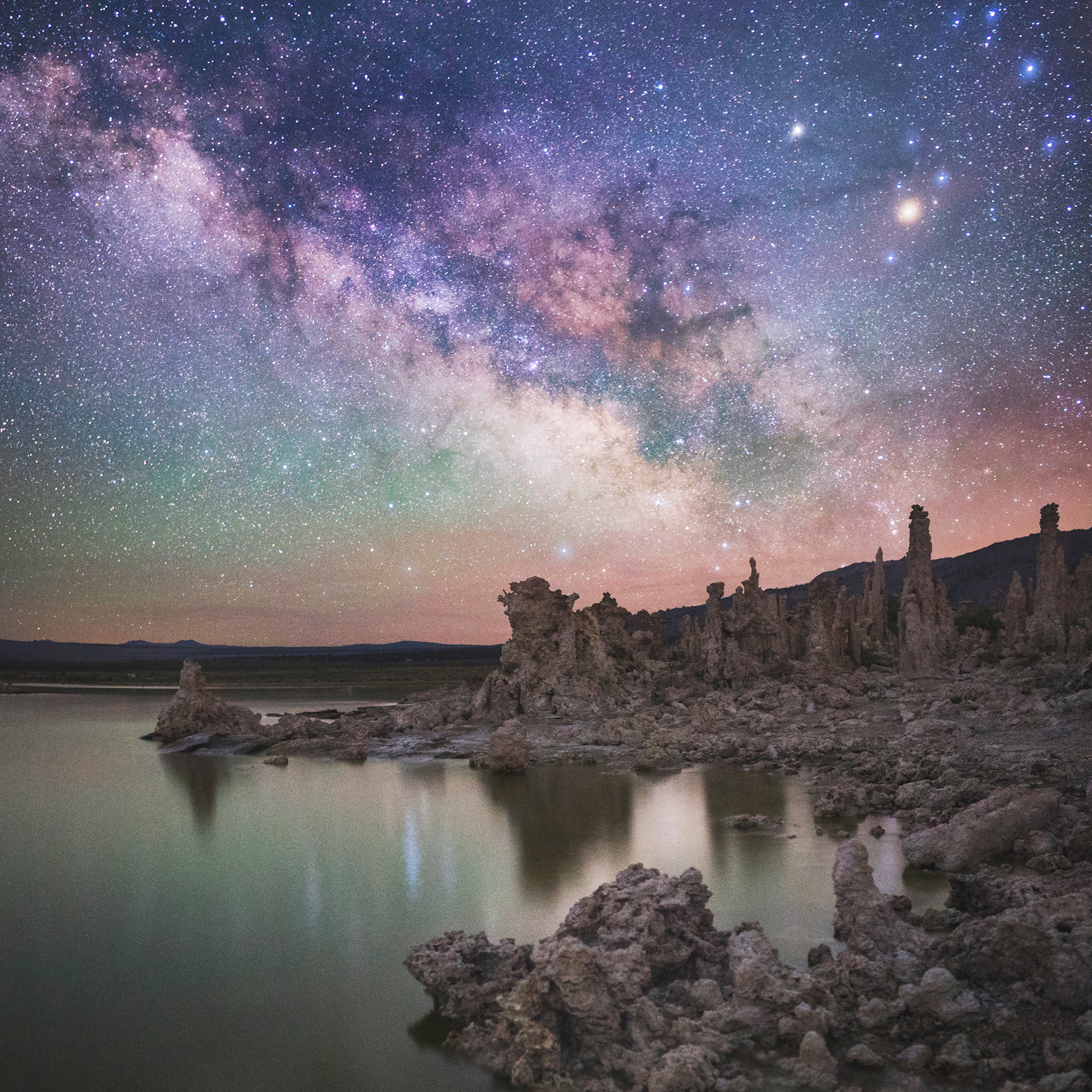 Age: 15
Instagram: @ascullyphoto
Website: http://www.ashleighscullyphotography.com/
Ashleigh Scully is an accomplished young nature photographer with a keen interest in bringing awareness to wildlife conservation. Based in New Jersey, Ashleigh has traveled all over the country to capture her images. A rising high school sophomore, Ashleigh donates many of her images to notable nature and wildlife preservation groups, and has given presentations on a variety of conservation topics. Ashleigh’s photography focus is to produce images which give a glimpse into the emotions of our country’s native fauna, exposing individual and family wildlife behaviors that we wouldn’t otherwise have the opportunity to see. Her favorite subjects include the red fox, brown and grizzly bears, and all species of North American owls. Ashleigh hopes that her images will give the viewer a sense of empathy and respect for all creatures. 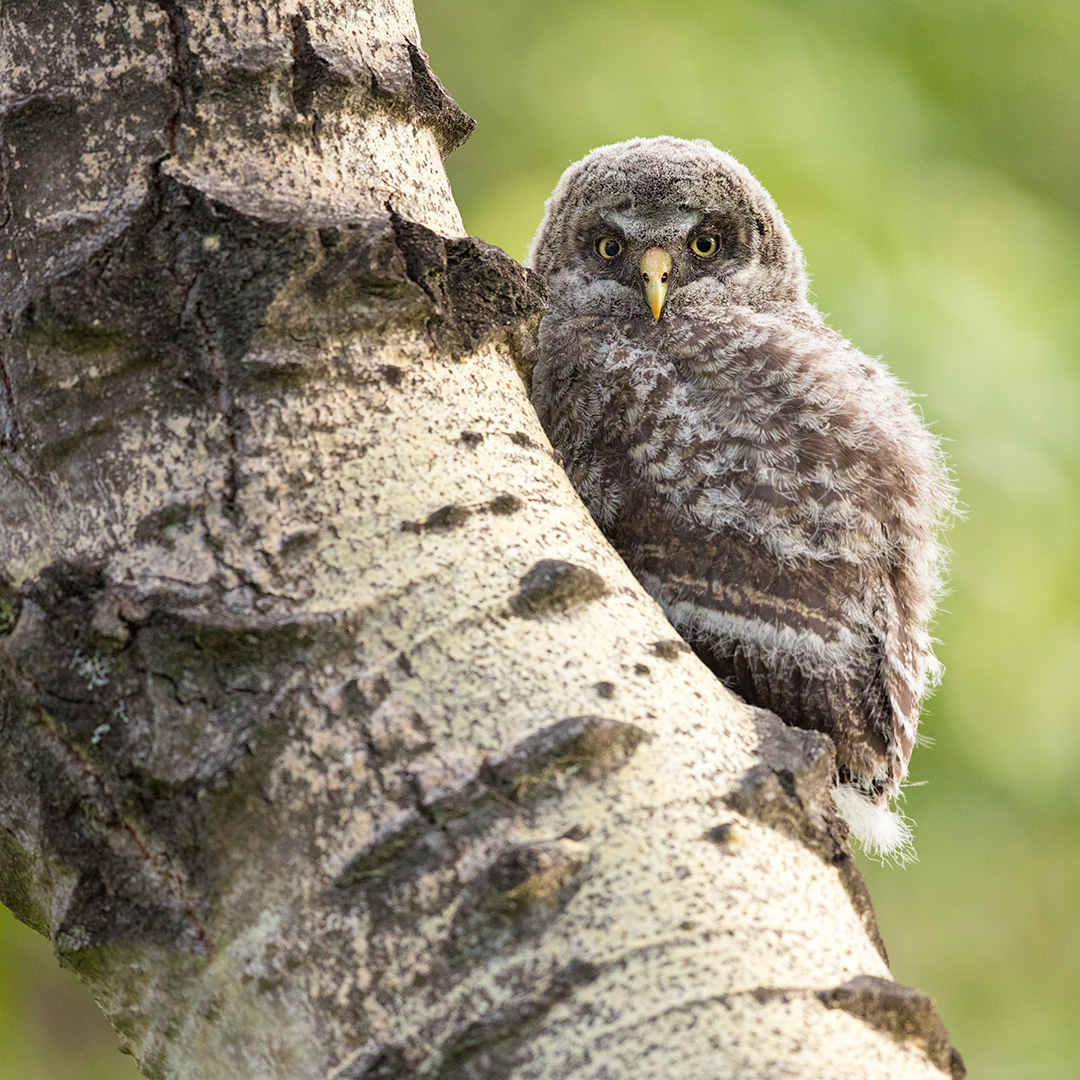 Iggy Smalls, Norway (based in Spain)

Age: 25
Instagram: @norsksalami
Website: http://www.iggysmalls.com/
It runs in the family when it comes to Iggy Smalls and her love for photography. Her father, grandfather and great-grandfather were all hobby photographers, so it came as no surprise when Iggy started taking polaroids at the age of 10. She is the first in her family however to take photography to the next level and pursue it as a career. She enjoys immersing herself in other peoples’ lives through “slow news” photography and she loves collaborating with others on projects most. Currently, she is a freelancer in Barcelona. 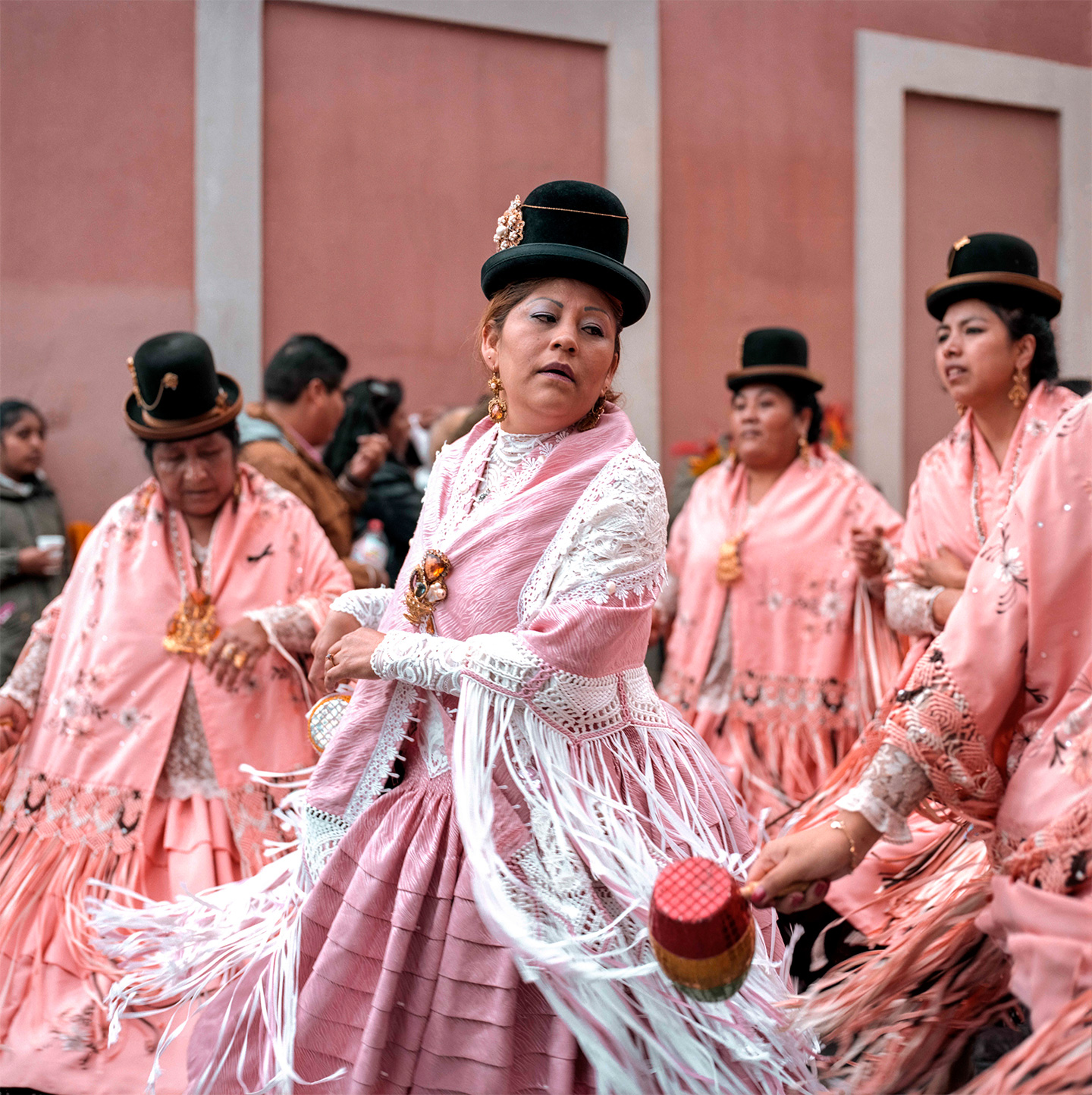 Age: 33
Instagram: @zoeurness/
Website: https://zoeurnessphoto.com/
Zoë Urness is a Tlingit Alaskan Native. Her portraits of modern Natives focus on sharing beautiful, powerful images of Indigenous Americans, and the lands and traditions they hold dear. Her unique style fuses documentary and fine art, with her imagery reflecting both the sensitivity and the ancestral strength of her subjects, and bridging the fact that Natives were here long ago but are “Still Here” today. 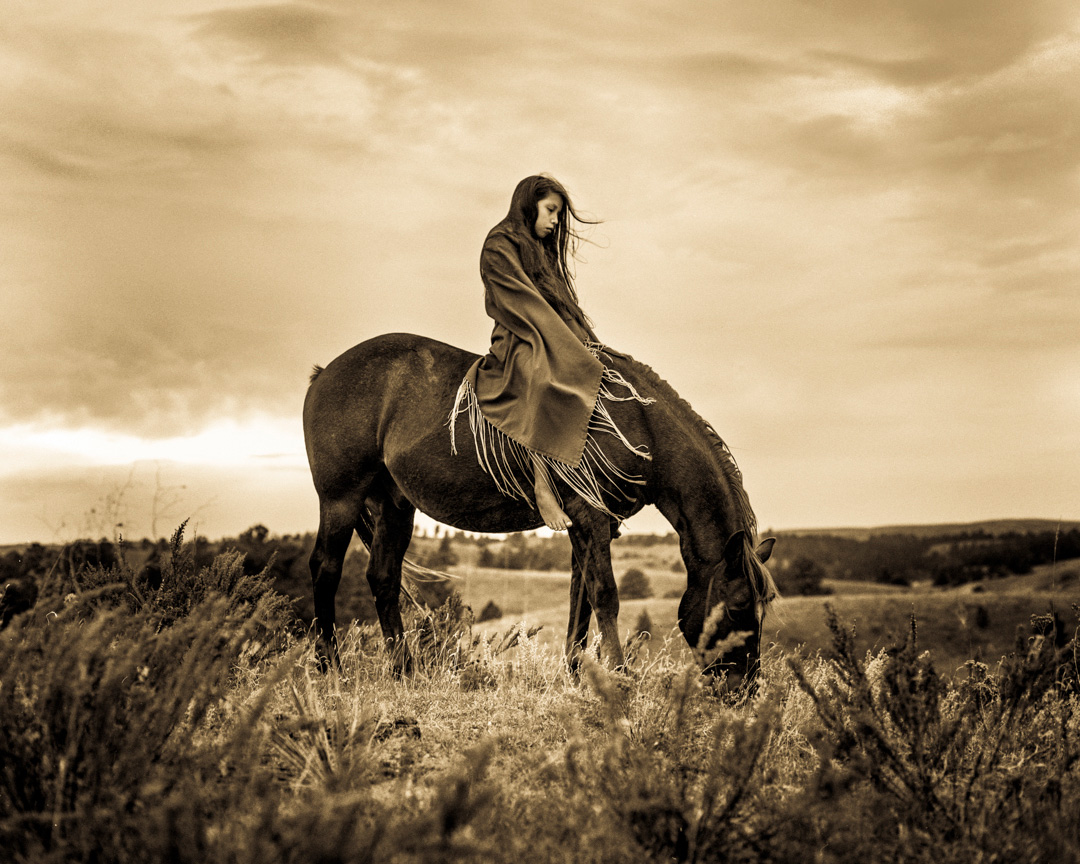