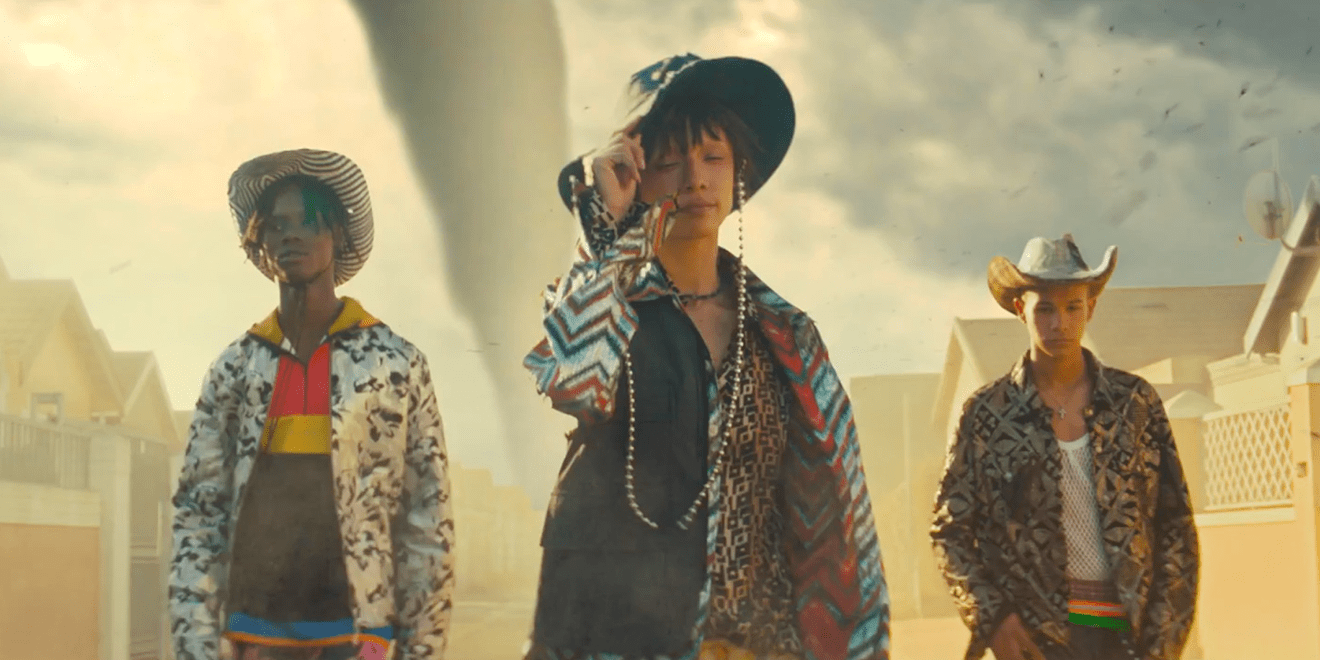 Jazzelle Zanaughtti has made a name for herself by changing the rules in modeling. Her unconventional style is a refreshing change of pace from the somewhat predictable world of fashion. Additionally, her openness and honesty have earned her well-deserved global buzz and a legion of fans.

British retailer Asos features Zanaughtti in its latest ad—and the 22-year-old from Detroit is a chameleon of sorts who slinks in and out of different looks as she showcases the brand’s eclectic fall and winter collection.

The deliciously frenetic two-minute film opens with Zanaughtti dressed as an extraterrestrial creature exploring her new surroundings. Seconds later, the scene quickly changes to a barbershop where Zanaughtti is seen getting her signature blonde buzzcut touched up while wearing an ‘80s-esque hot pink blouse and shiny gold pants.

As the ad progresses, the model’s looks—not to mention hairstyles—continue to change and evolve at a rapid pace. In one particularly playful segment, Zanaughtti stars as both host and guest on a cheesy ‘90s-style talk show called “Jazzelle” where the question “Freak or Unique?” is posed to a trio of contestants. Later in the ad, she goes from being a real-life Snapchat filter to a centaur with Rapunzel-like hair playing with a rainbow drone in a forest.

“My style is never done,” concludes the ad in bold white letters, as Zanaughtti waves goodbye from the back of a truck wearing a large neon dress made of tulle.

Directed by Terence Neal of Park Pictures, the film was created in-house in partnership with Zanaughtti. According to the brand, her own experiences are recalled in the many characters she embodies throughout. It’s logical to compare this mesmerizing Asos ad to Neal’s past work with Adidas, as it has the hallmarks of the athletic brand’s “Original Is Never Finished” creative—yet with Zanaughtti’s presence, it’s clear that this is her own show.

“We want this campaign to inspire our customers to explore everything that makes them, them–from the simple to the bold, and the fashion that enables it,” said Yale Varty, marketing director at Asos. The campaign, which includes a month-long social push across the UK, US, France, Italy, Netherlands and Sweden, will run on Facebook, Instagram, YouTube, and Snapchat.

This isn’t the first time that Zanaughtti has starred in an Asos campaign. Last year, she helped the retailer introduce its beauty line via an effort called “Go Play.”