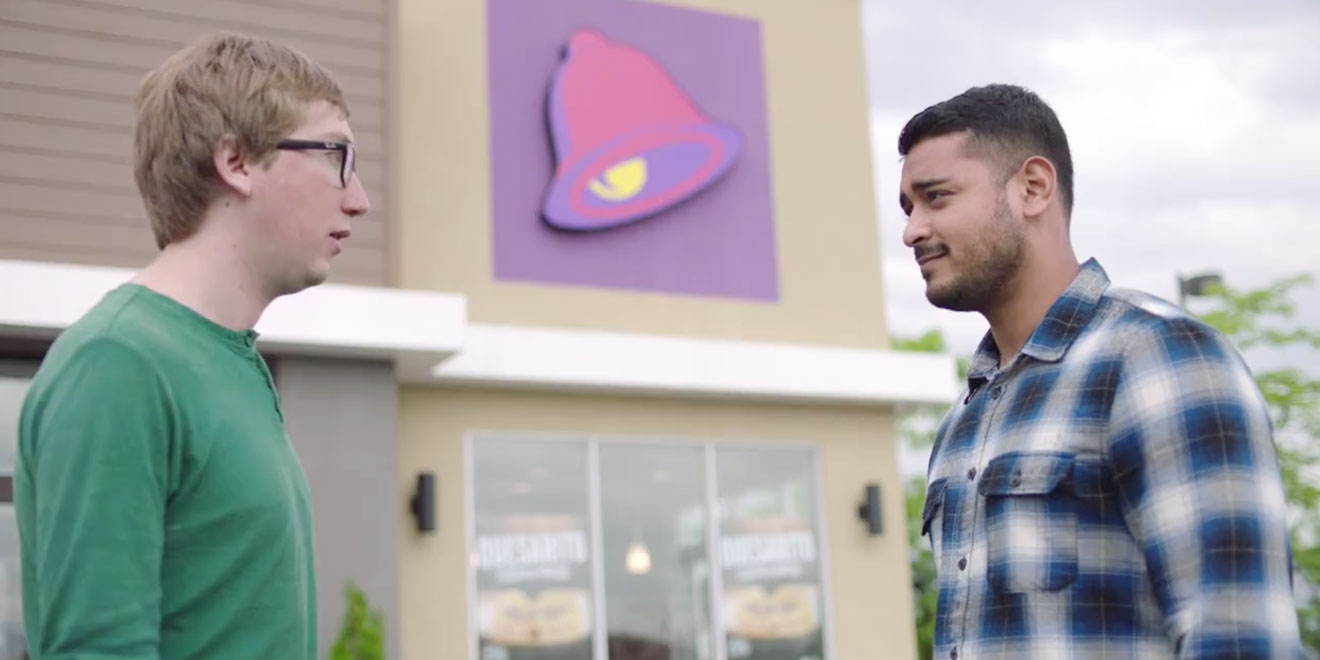 We’ve seen a million tearjerker ads over the past few years, and so has Taco Bell. And the fast-food chain is not impressed.

Taco Bell Canada expertly parodies the so-called “sadvertising” genre with the amusing video below, in which two friends prepare for an emotional reunion after … well, OK, they haven’t seen each other in six days.

The piece, by agency Grip Limited, advertises the Quesarito, which, in a way, is also like two old friends coming together—in this case, the quesadilla and the burrito. Kind of. Not really, but just go with it, will you?

“It was a pretty obvious thought to do some kind of ‘reunion’ ad, because the product is a ‘reunion’ of a quesadilla and a burrito, but immediately we all felt like that had been done a million times,” says associate creative director Trevor Gourley, who worked on the spot with fellow ACD Julia Morra. “Because of our disdain for that kind of ad, we started to subvert it and say ‘How would Taco Bell do this trope?’, ‘How would we stand out and maybe give our consumers a little credit?’ The end result was, we think, a pretty faithful send-up of these sort of paint-by-numbers tearjerkers that are becoming so common in advertising.”

The agency had a traditional casting for the short.

“We ended up with two very funny actors who immediately got what we were trying to do,” Gourley says. “And even though it might sound like there’s a ‘director’ off camera, that’s another actor that we had with us on the day. All three were strong improvisers, and it made for some really funny moments.”