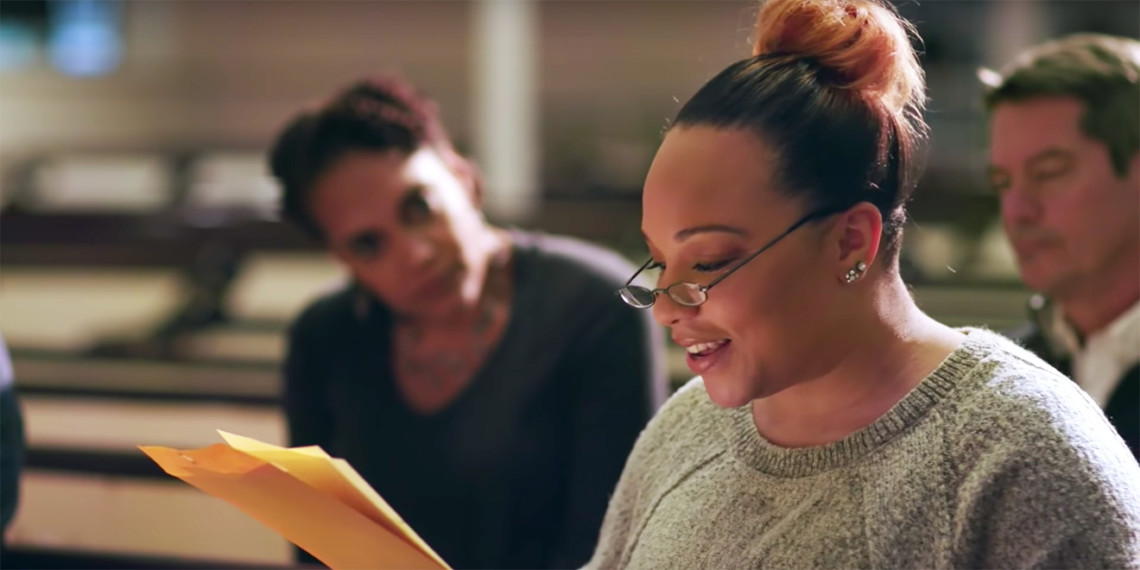 The descendants of escaped slaves and the abolitionists who helped them discover their connections in this short film. Ancestry

Last December, six strangers were invited by Ancestry to a small tour in Brooklyn, where they assumed they would uncover some fascinating aspects of their family histories. What they didn’t know was just how connected they are to each other, bound together by the deeply webbed histories of their ancestors.

Railroad Ties documents the highly emotional experience in a 23-minute film directed by Sacha Jenkins, which premiered this past Sunday at the Sundance Festival.

There is a central idea that reverberates throughout the heartstring-tugging story: Knowing our histories empowers us to make better, more empathetic connections with those around us. The participants—who had never met prior to filming—were gathered at the historic Plymouth Church in Brooklyn, an integral station of the Underground Railroad that stood as a famed symbol of anti-slavery sentiments. There, they slowly learned of their shared ancestral ties to a family escaping slavery and the abolitionists who helped them secure freedom.

Both Ancestry and SundanceTV, which will be airing the film numerous times on its channel as well as on AMC throughout February, agree that this story especially resonates during a time of such intense national division.

“At Ancestry, we feel that there’s a responsibility to show, inspire and bring out stories from our customers of these moments of connection, kindness and humanity,” explains Lauren Danis, vp of consumer PR at Ancestry.

It’s the same sentiment that Katherine Dore, executive producer of branded entertainment at SundanceTV, thinks will resonate with Sundance viewers. “What this film does really well, I believe, is show how we are all connected. These stories—our families’ stories—truly connect us. At Sundance, our entire M.O. is how stories connect people.”

Another comforting aspect of Railroad Ties is how the filmmakers allowed this extraordinarily personal story enough room to unfold in a way that isn’t typically expected from a creative piece so thoroughly attached to a brand. Ancestry furnished the documentation that made this historic meetup possible, yet the film is absent of any heavy marketing.

“Ancestry is all about these personal discoveries and the growth you can experience,” says Jenna Young, executive creative director at PR firm Weber Shandwick, which consulted on the film. “These really cool stories emerged, so we didn’t have to work that hard to put the brand front and center. We want the customer to be front and center. We want them to tell the story.”