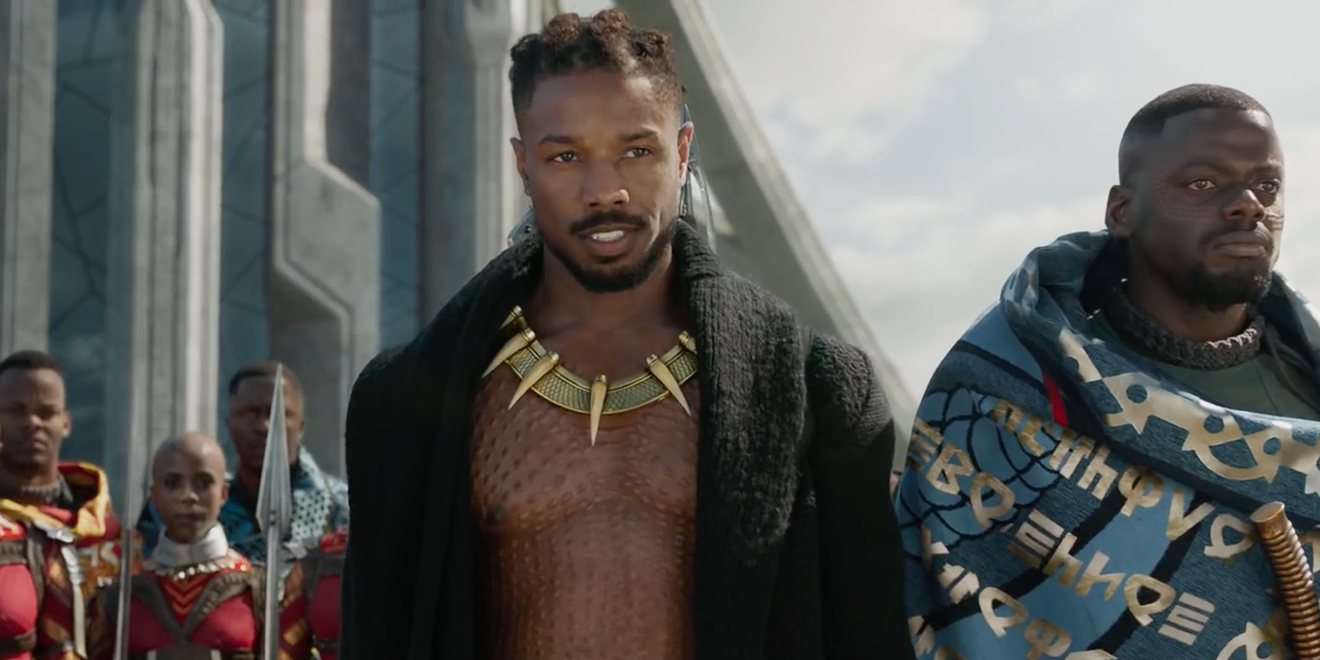 Given how superheroes dominate the theatrical marketplace, and that those movies receive a seemingly endless amount of hype and publicity that can start years in advance, it’s not surprising that for the second year in a row, Amobee’s list of the most-anticipated movies of the year is dominated by them.

To create the list, the marketing technologies firm analyzed content engagement across more than 600,000 sites to gauge what’s capturing people’s attention and interest, ranking each film based on the volume of engagement.

From that, we can see a few themes emerge.

Topping the list is the King of Wakanda himself, Black Panther. The character became a fan favorite with his first, and to date only, appearance—in 2016’s Captain America: Civil War. Not only was Chadwick Boseman perfect in the role, but his appearance marked an important step forward in representation on film, becoming the most prominent black superhero in movies so far. Prior to that, with apologies to Wesley Snipes’ Blade movies, black characters like War Machine and Falcon were mostly relegated to “sidekick” roles.

Even the AP has written about the impact the movie has already had, with more than a month to go before release. Viewing parties are already being organized and children are inspired because they see heroes—including the bodyguards played by Lupita Nyong’o and Danai Gurira—who look like them.

Last year, when the first trailer was released, the response was immediate, with #BlackPantherSoLit becoming a trending hashtag on Twitter quickly as people responded enthusiastically to it. Marvel/Disney obviously knows it has something special on its hands, as both Boseman and Gurira are seen prominently in the trailer for the next Marvel film, Avengers: Infinity War, which is No. 3 on Amobee’s list.

While it appears further down the list, representation and inclusion also comes back up with X-Men: Dark Phoenix, ranked by Amobee as the 9th most anticipated film of 2018. While female characters have always been prominent parts of the franchise, this is the first time Fox has really brought one to the forefront in a story. Even 2002’s X2: X-Men United, which should have setup a Dark Phoenix storyline when Famke Jansen was playing the character, was more about Wolverine’s search for his identity. This time, Sophie Turner reprises her take on Jean Grey, with fans obviously excited enough about a female hero being the focus of a movie to look past the lackluster responses to the last two X-Men films.

Disney + Fox = All Your Movies

Four of the 10 movies ranked come from Disney—Black Panther, Avengers: Infinity War, Solo: A Star Wars Story and Ant-Man and the Wasp. Add in both Deadpool 2 and X-Men: Dark Phoenix, and you get a sense of how Disney’s proposed acquisition of Fox could give it box-office dominance few others even have a chance of challenging.

Other studios might have one or two franchises on the shelf, but those are inconsistent. Efforts to find the next young-adult-leaning series after the end of both Twilight and The Hunger Games have floundered, kept alive more out of inertia than fan excitement. Warner Bros. can’t seem to find the right touch with its DC films (well … it did, but then it ignored it) and is determined to keep Harry Potter alive through the Fantastic Beasts series.

But Disney owns everything people have been choosing with their dollars to see. From Marvel to Star Wars to Pixar (and, through Fox, many others), Disney essentially owns the popular entertainment series and has the distribution and marketing infrastructure to maximize the potential off all those properties.

Warner Bros. has to feel at least somewhat good about Aquaman being No. 2 on Amobee’s list. The DC Cinematic Universe hasn’t exactly been a consistent favorite with fans or critics, with last year’s smash Wonder Woman providing a brief bright spot that was quickly clouded over with the poorly received Justice League. Jason Momoa’s performance as Aquaman in that film was frequently called out as among the best things happening in an otherwise muddled mess, and that was apparently enough to get people excited for his James Wan-directed solo outing.

The other three movies in the Top 10 are, at least on some level, somewhat surprising. Venom (No. 5) is a spinoff from the Spider-Man universe, though it apparently doesn’t share any connective story tissue with any of the three Spider-Man incarnations. Add to that the fact that no marketing materials of note have been released for the Tom Hardy film, and I’m not sure what fans are getting excited about. The first trailer for Jurassic World: Fallen Kingdom (No. 8) must have been enough to motivate fans because all the critics spent three days mocking it.

Why Mission: Impossible 6 shows up here at No. 10 even though it does feature Rebecca Ferguson, the best part of the fifth movie, is initially beyond me. Amobee’s data shows, though, that it has to do with Henry Cavill’s mustache. Paramount reportedly refused to let Cavill shave the growth for Justice League reshoots needed when director Joss Whedon stepped in for Zack Snyder, requiring its digital removal.

Any press is good press, right?