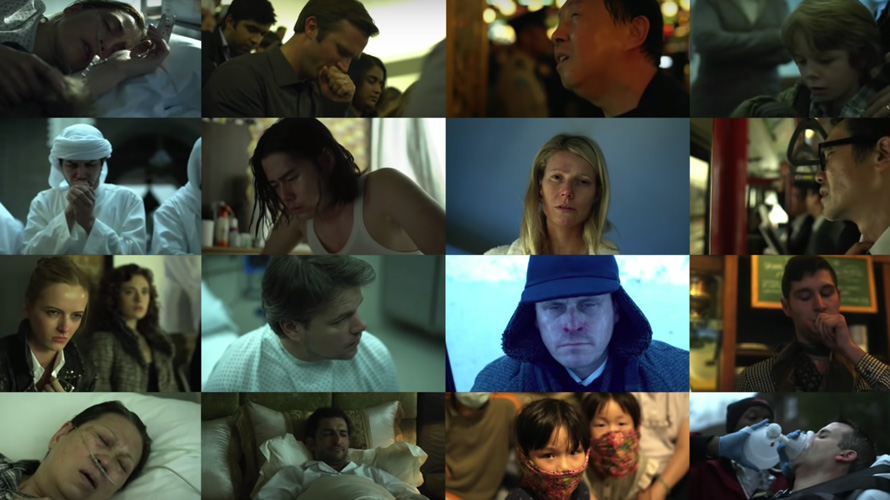 Contagion was released in 2011 and has been lauded for its relative scientific accuracy, as pandemic films go. Warner Bros. Entertainment

Like so many other people anxious about the novel coronavirus, you may have watched the 2011 pandemic-themed film Contagion recently. And while it’s still a sensationalized movie, of course, it turns out there is a lot of scientific expertise that went into the making of it.

In part because of the film’s resurgence in popularity—it reached No. 2 on the iTunes charts earlier this month—the cast got back together, virtually, to create a series of PSAs in conjunction with the Columbia University Mailman School of Public Health and Participant, which produced the film.

“Oftentimes art imitates life, but in this case, our film Contagion proved prescient when it was released in 2011 and unfortunately is now a reminder of the realities we are all facing together,” said Participant CEO David Linde, adding that he hopes the PSAs “will do their part to help curb this global crisis.”

In three- to four-minute videos that the actors recorded at home, Matt Damon, Kate Winslet, Laurence Fishburne and Jennifer Ehle each speak somberly to viewers about how their roles in the movie relate to real life in quarantine, and advise on best practices for staying healthy and safe during the current pandemic.

Their messages were fact-checked by the same Columbia experts that advised on the film and include information on social distancing, the science behind hand-washing and the fomites that spread disease. Additional PSAs will be released upon completion.

The campaign is supported by a website featuring more detailed information on the virus and how to curb its spread, as well as all the videos subtitled in both English and Spanish. Columbia is also using the hashtag #ControltheContagion for promotion on social media.

It’s the latest in a string of coronavirus pandemic-related PSA campaigns by TV networks and brands. It also follows the United Nations’ call earlier today to creatives, asking for help spreading reliable health information regarding COVID-19 to people around the world.