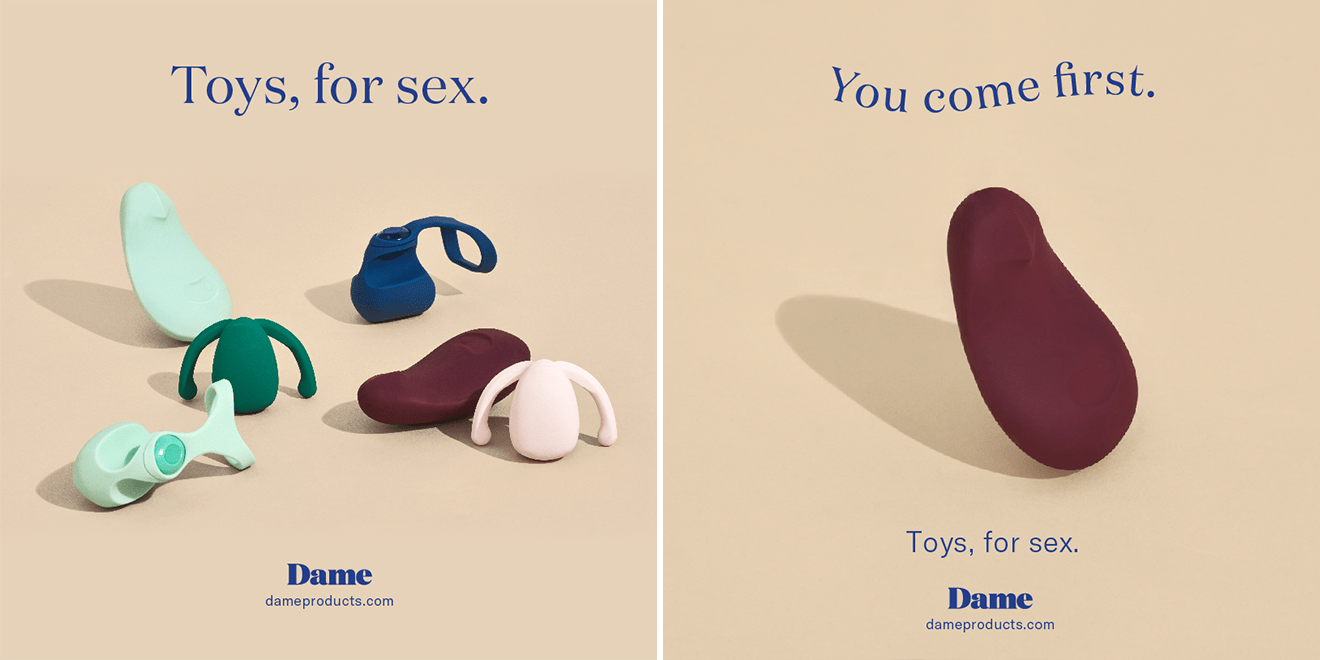 Sexual wellness company Dame Products, which sells sex toys, is challenging the Metropolitan Transportation Authority (MTA) and Outfront Media after the organizations rejected the brand’s first subway campaign for being too sexual, and for displaying sex toys.

Dame Products co-founder and CEO Alexandra Fine said the brand first reached out to the MTA and Outfront (the company that handles much of the advertising on MTA subways, buses and commuter railroad, and enforces the MTA advertising guidelines) in July. The company worked closely with Outfront and the MTA in the early stages of the relationship to develop ideas and concepts that would be appropriate and followed the MTA’s advertising guidelines.

Despite the MTA initially approving the campaign, the ads were ultimately rejected due to a change in policy that was enacted months after the two started working together. The policy now bans advertisements for sex toys.

Outfront deferred any questions on the matter to the MTA.

“The MTA has a long-standing policy that prohibits advertising promoting a sexually oriented business,” wrote Shams Tarek, spokesman for the MTA, in an emailed statement. “This decision was reached after careful review and is consistent with the advertising standards set by the MTA Board.”

Early on, the brand proposed a number of train puns that suggested the products give you “more intimacy than you get during rush hour and something about getting off the train,” according to Fine, but the MTA said to nix the puns.

So, per Fine, the brand obliged. They worked to change any language the MTA did not approve of, and finally landed on something both parties agreed upon. On Oct. 3, 2018, the company submitted “tasteful ads” to the MTA. A representative from Outfront allegedly responded to Fine two days later saying that two mock-ups of the ad received “no objections” from the MTA. Both ads showed sex toys and one said, “Toys for sex,” with the Dame Products name listed below. 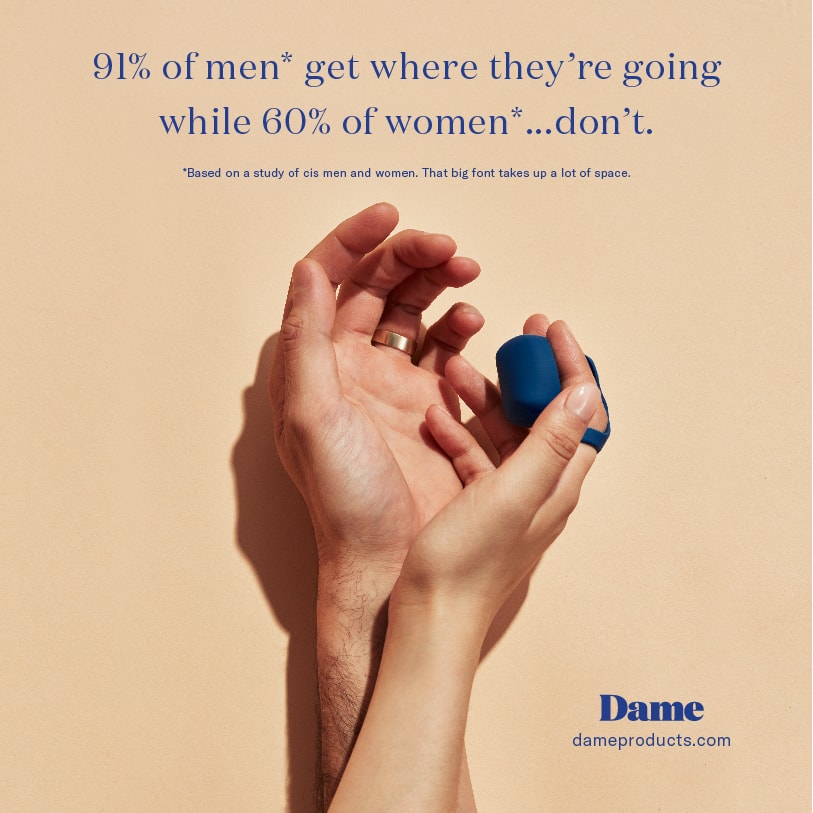 Then, on Nov. 3, Dame Products submitted its final ads, the ones previously agreed upon and greenlit by the transportation agency. Weeks went by and Dame Products heard nothing. “We really weren’t responded to for three and half weeks when we sent in our final ads,” Fine said.

Finally, on Nov. 26, the brand got word from its proxy at Outfront that the MTA would be unable to run the ads, and that the MTA would be releasing a new FAQ regarding its ad guidelines. The proxy from Outfront would send it along, he said, as soon as it was available. The document, titled “The MTA’s Advertising Policy: Frequently Asked Questions,” is dated Nov. 15, and is published below.

“It just seems like it calls out sex toys kind of randomly and also makes a really clear statement about gender in there that I think is interesting,” Fine noted. “They don’t see how focusing on arousal versus pleasure might be a sexist issue to discuss, inherently.”

On Dec. 3, Dame Products received final word (in the form of a PDF from the MTA) that its ad campaign would not be allowed to run. The letter, which was addressed to Outfront from MTA chief development officer John N. Lieber, states that “after a careful review, the MTA determined that the proposed ads promote a sexually oriented business.” The letter also points to the “recently issued addition” of the MTA’s FAQ that states sex toys are prohibited in ads running on the MTA.

Fine noted that she was encouraged to reach out to the MTA following news of an agreement between the MTA and another female sexual wellness company, Unbound. In May of last year, Unbound faced a similar challenge after its ads were also rejected by the MTA and Outfront for being too sexual. The brand, which also sells sex toys, hired five artists to create a series of illustrated ads that would tastefully showcase its products.

The MTA still rejected the campaign and Unbound quickly called out a sexist double standard, citing that if companies like Hims (which has advertised erectile dysfunction medication using images of flaccid and erect cacti) and Roman (another ED product) could advertise their male-focused products openly in NYC subways, then Unbound should be able to do the same with sexual wellness items for women. 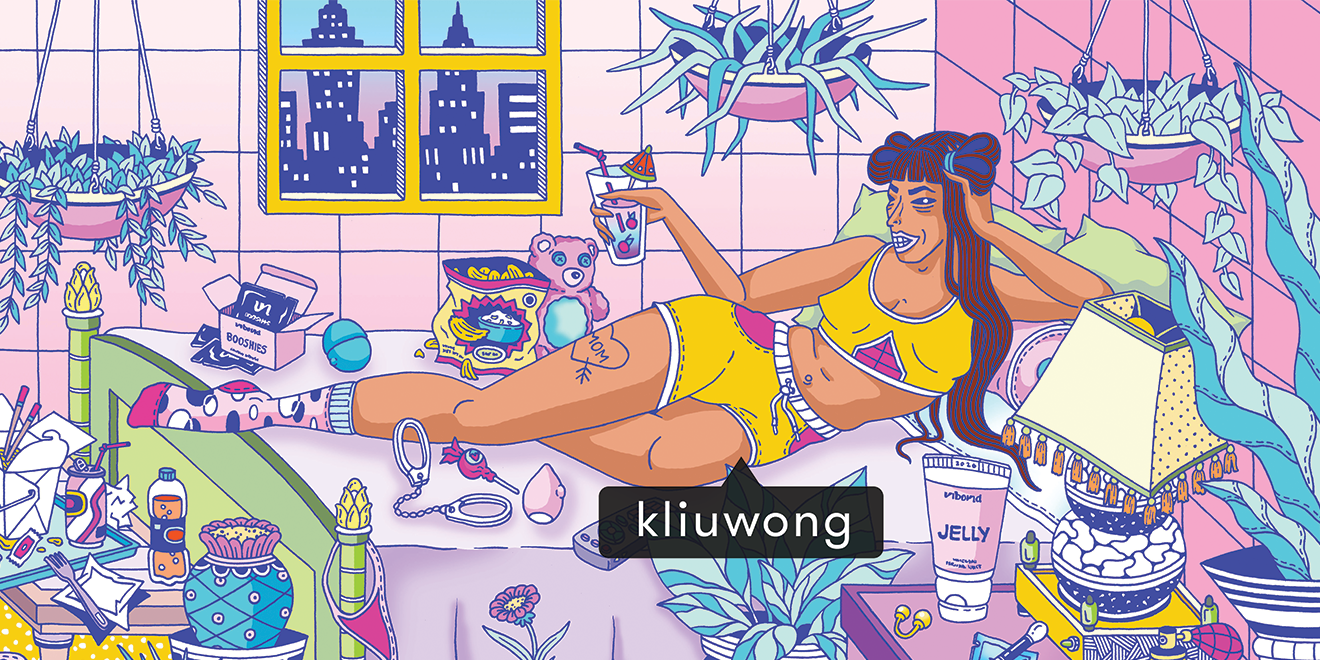 An illustration submitted to the MTA on behalf of Unbound, which was rejected in May 2018.

After several stories were published about the rejected campaign and support for the brand grew on social media, the MTA backtracked and told The New York Times that it would work with Unbound to find a way for the brand to run its advertisements, while still following the MTA’s rules and guidelines for advertisements. “The MTA has always and will continue to ensure that our policies are applied evenly and fairly,” Jon Weinstein, a spokesman for the agency, told The New York Times at the time.

According to Unbound CEO and co-founder Polly Rodriguez, the company followed up with Outfront Media after the MTA’s statement ran in The New York Times, attempting to resubmit the ads. Shortly after submitting the ads once again, Outfront responded citing that alterations needed to be made to two pieces of creative because they contained phallic symbols.

“Because of their unwillingness to change the policies and the ridiculous double standard re: phallic imagery (see: Hims ads), we did not move forward and the ads we submitted were never approved. Furthermore, they said they would follow up on the policy change and never did,” Rodriguez told Adweek via email.

Initially, following The New York Times story, Unbound’s story was one of hope for a brand like Dame Products. “I believed that when that Unbound story happened that they were going to change their tune or realize that people do care and that this is an unfair standard,” Fine said.

Fine continued: “I get it that someone wants to do something on your platform and your policy doesn’t explicitly say that they can’t so you write something in to say they can’t. That’s fine. But the part where they told the New York Times they were willing to work with Unbound, the part where we have been talking for months and they approved our ads and the part where all of these other sexually explicit companies can advertise … where are we drawing the line on what is sex? And why do they get to define it?” 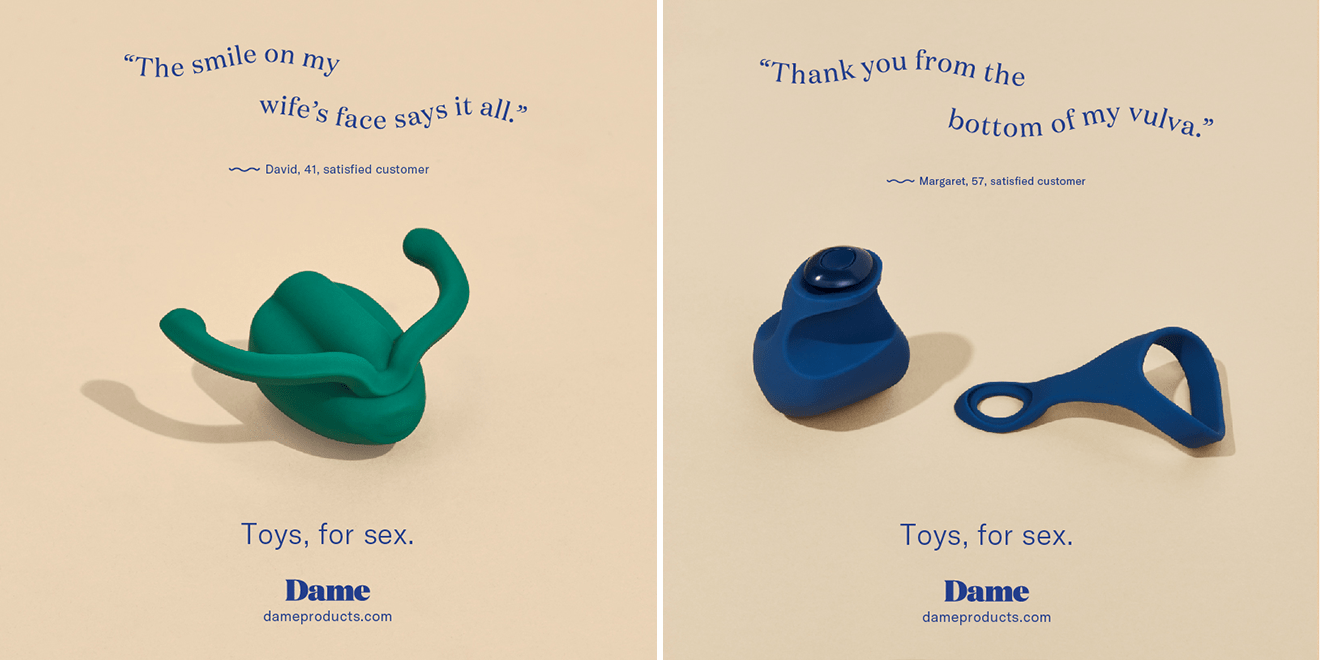 Fine went on to add, “I’m positive that our ads aren’t any more prurient or salacious than Roman or Hims. Why are we saying the pill and ED medication are OK but vibrators aren’t?”

“If you’re having issues with libido, research shows that vibrators are really effective for the same issues. Sex toys are great for people with disabilities, people with cancer. There are a lot of various life things that happen to you that impact your sexuality and being able to have a tool that allows you to feel pleasure within your body is so powerful, and to treat us like everything we do is just bad for society? It hurts,” Fine said.

“It does seem, looking at the other things that have been accepted, that there is such a fear of showing anything to do with any woman’s pleasure, especially when it comes to the ultimate pleasure,” said Erica Fite, co-founder of creative agency Fancy, which specializes in work that empowers women and girls. “The rules are confusing. There was an ad for Hers that talked about being turned on and that to me sounds like pleasure and that’s OK? It makes it even more confusing.”

At Dame, we believe that #PleasureIsHealth. Dame works hard to connect with *you*, so we can make sexual wellness accessible to everyone. Recently, our exciting new ad campaign with the @mtanyctransit was rejected — a complete 180 from their initial agreement to work with us. The result: plenty of space for ED meds that aid in the ability to penetrate, but no voice for innovators making sex enjoyable for everyone. Link in bio to read more on this story.

In response to the rejection, Fine and her team are promoting a new hashtag #PleasureIsHealth to raise awareness for the ad campaign and hopefully get the MTA to change its mind about advertising sex toys. Her ultimate goal, she said, is to get the MTA to work with the brand once again and run Dame Product ads on the NYC subway.

Update: This story has been updated with a statement from the MTA.