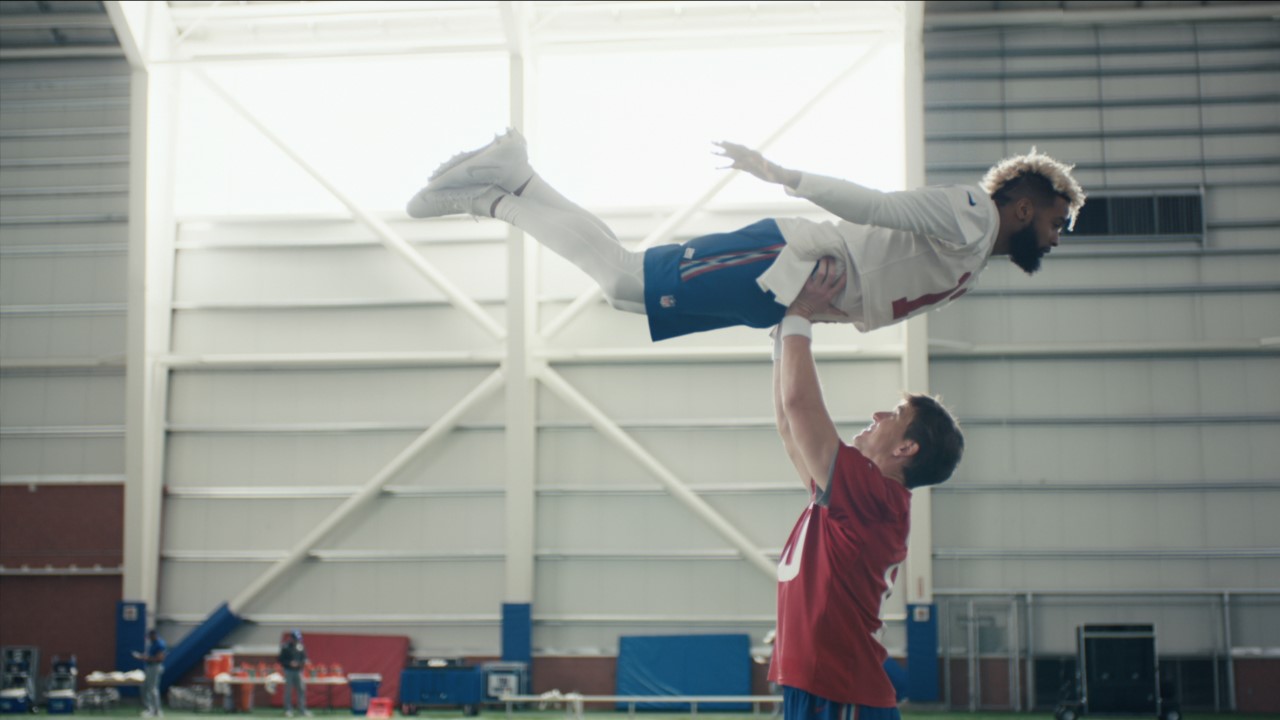 There’s no time like Super Bowl Sunday to fall back into the warm, comforting embrace of a well-worn cultural touchstone.

The NFL did not disappoint on that front this year with its Big Game brand spot, which aired during the third quarter and starred those lovable losers, the New York Giants.

The campaign, created by agency of record Grey New York and titled “Touchdown Celebrations to Come,” offers a look behind the scenes at one of the 30 NFL squads that didn’t make the Super Bowl this year.

“Celebrations were a highlight of this season, and we had so many breakout moments where players showed their creativity together,” said NFL CMO Dawn Hudson. “We wanted to keep that fun going for the Super Bowl and give our fans something to smile and laugh at that was just about football and how awesome it is to be part of a team.”

Indeed. Now we’ll leave the Giants to look toward the 2018 season with Hungry Eyes.