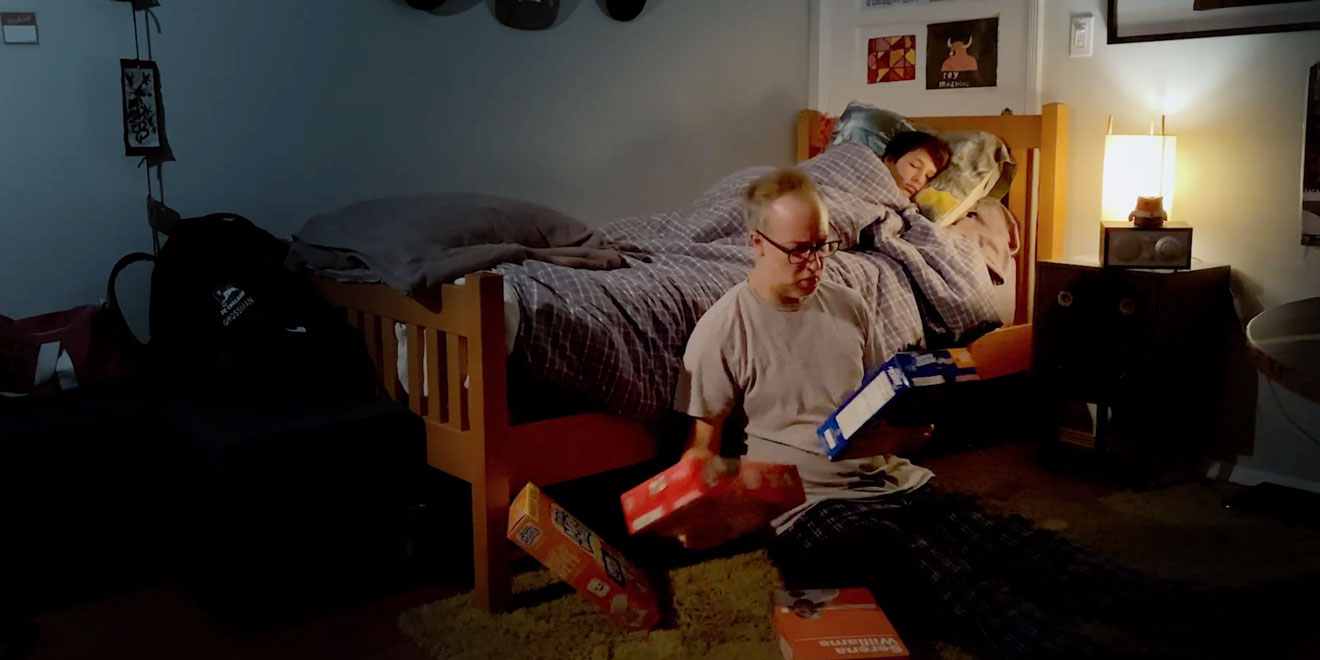 Like many professionals in the marketing and advertising industry, the coronavirus put award-winning commercial and film director Alex Grossman’s gigs on hold. At first, the Santa Monica-based ad veteran was “bummed and worried,” but soon he realized that he wasn’t the only one affected, and he knew that small businesses—especially the ones that relied on foot-traffic sales—must be suffering too.

“I called off my pity party and challenged myself to make five ads in five days for five companies in need. Only now do I realize how insane this was, but I’m so glad I did it,” Grossman said.

A couple weeks ago, Grossman put posts on social media offering his directorial services for free. As someone with over two decades of experience in advertising and the accolades to back up his creative adroitness—Cannes Lions’ film jury named his work for Alliance Francaise in 2017 as one of the top 15 campaigns in the world—it came as no surprise that soon Grossman was inundated with requests.

A small takeout restaurant in Maine, Ancho Honey, reached out to him first. Grossman was Facebook friends with the owner and a fan of his cookbook, but wasn’t personally acquainted with him. He quickly thought up an idea and leapt into production.

“I was fortunate that Santa Monica Seafood was still open, and I was able to rush over there and buy two lobsters for the shoot. I called an editor I knew and asked if he had time to edit. A composer offered to score it and we were off to the races. I realized I needed someone to do a Maine accent, so a buddy of mine in Boston offered to do it,” Grossman explained.

By 6 p.m., Grossman had completed the spot.

For the next four days, he followed the same formula for success—reaching out to various friends in the industry depending on what the spot needed, using just his iPhone and whatever light sources he had lying around the house as gear and, for the most part, only his family as talent.

“My family is sick of these spots. They love helping out and understand we’re doing a good deed, but other than my daughter they don’t enjoy being in front of the camera. I honestly feel like they all did a great job of acting, particularly my son who is a huge pain in the ass and voiced his dislike of the process every step of the way,” Grossman joked.

Of the requests he received, Grossman chose the brands based on not just who he wanted to lend a hand to, but also who he thought he actually could help. “I had to feel confident I could making something good for them in just a few hours,” Grossman said.

Not all of the brands he made spots for were local for Grossman. Santa Monica Music Center and The Groundlings School are Los Angeles-based, but the others, like Chop Suey Books and Ancho Honey, were in Virginia and Maine.

Once he decided to make a spot for a client, Grossman would ask them to provide all the assets—photos, logos, etc. He’d create a Dropbox for each client, and would upload materials and footage to each one, making it easy to collaborate with post-production keys. Not one client saw the concept for the spot until their commercial was finished.

Considering Grossman has spent much of his career filming commercials for top brands such as Gatorade or directing short independent films, these homemade, extremely low-budget spots have been a change of pace.

“I didn’t have a ton of time to second-guess myself, so I had to trust my instincts,” Grossman said. “So often on commercial shoots you have to check in with a dozen people before and after each shot, which makes sense because they’re paying for it. But, with these spots I made it clear that ‘you get what you get and you don’t get upset.'”

Advice for marketers in limbo

Grossman thinks that people in the industry should keep on making stuff, but that this stuff probably shouldn’t be made to make money. “Try to create things that help people right now. And, if you’re a brand, put your money where your mouth is. Send supplies, offer your services for free, and if you’re able to, don’t fire your employees.”

Grossman also believes that, although we are in the midst of a period of economic and societal difficulty, it is also an excellent opportunity to start a business that can fill in gaps of necessity.

“Life as we know it will change post-coronavirus, and without being overly cynical, it’s a great time to figure out how your business can help people and not simply take advantage of them,” Grossman said.