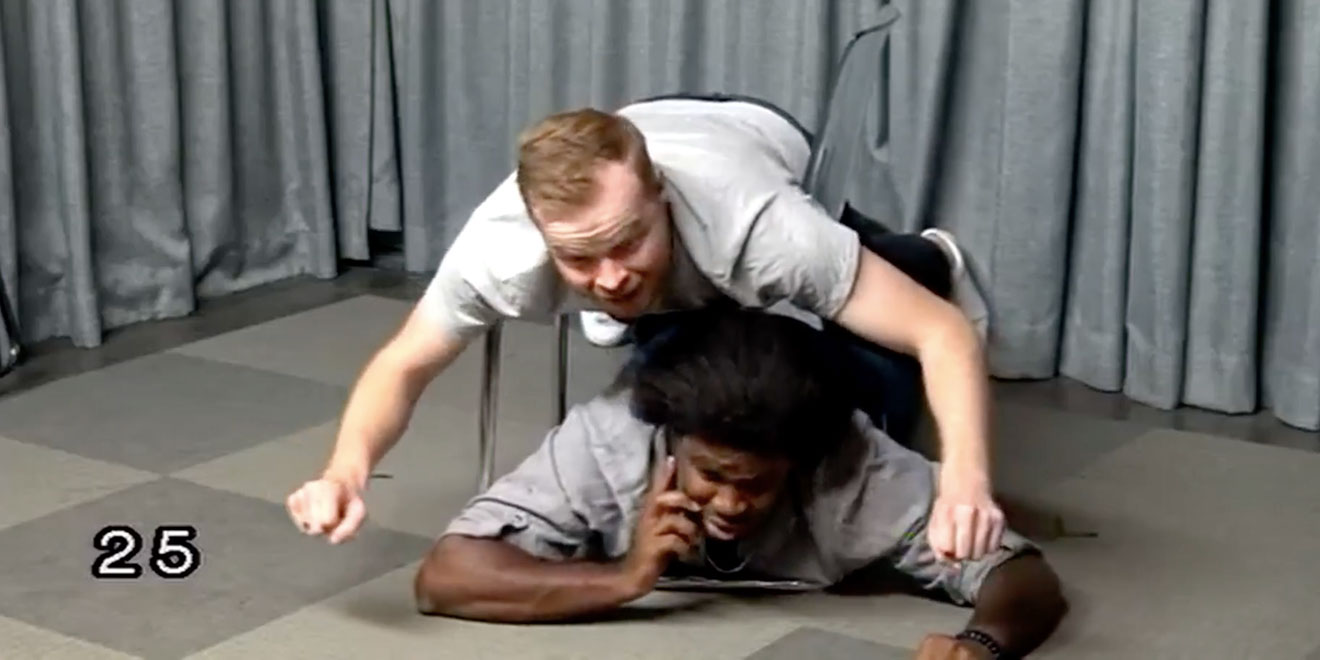 If your central advertising message is about saving people money, it can’t hurt to demonstrate cost-cutting measures around the ads themselves. That was Cossette’s amusing approach in a new campaign for Public Mobile, the Canadian prepaid wireless brand.

The conceit was adapted across various media.

To begin with, the brand trimmed its budget for commercials and decided to run only the audition tapes of actors acting out scenes from the scripted ads, from paragliding to rock climbing. Cossette tells AdFreak that the actors weren’t in on the gage—they really thought they were auditioning for bigger-budget spots.

The agency created a clever out-of-home execution, too—a a single billboard in downtown Toronto. “This is our only billboard. We need it to say a lot,” the headline reads, followed by long copy explaining Public Mobile’s benefits.

The campaign theme is, “Less for Less.” 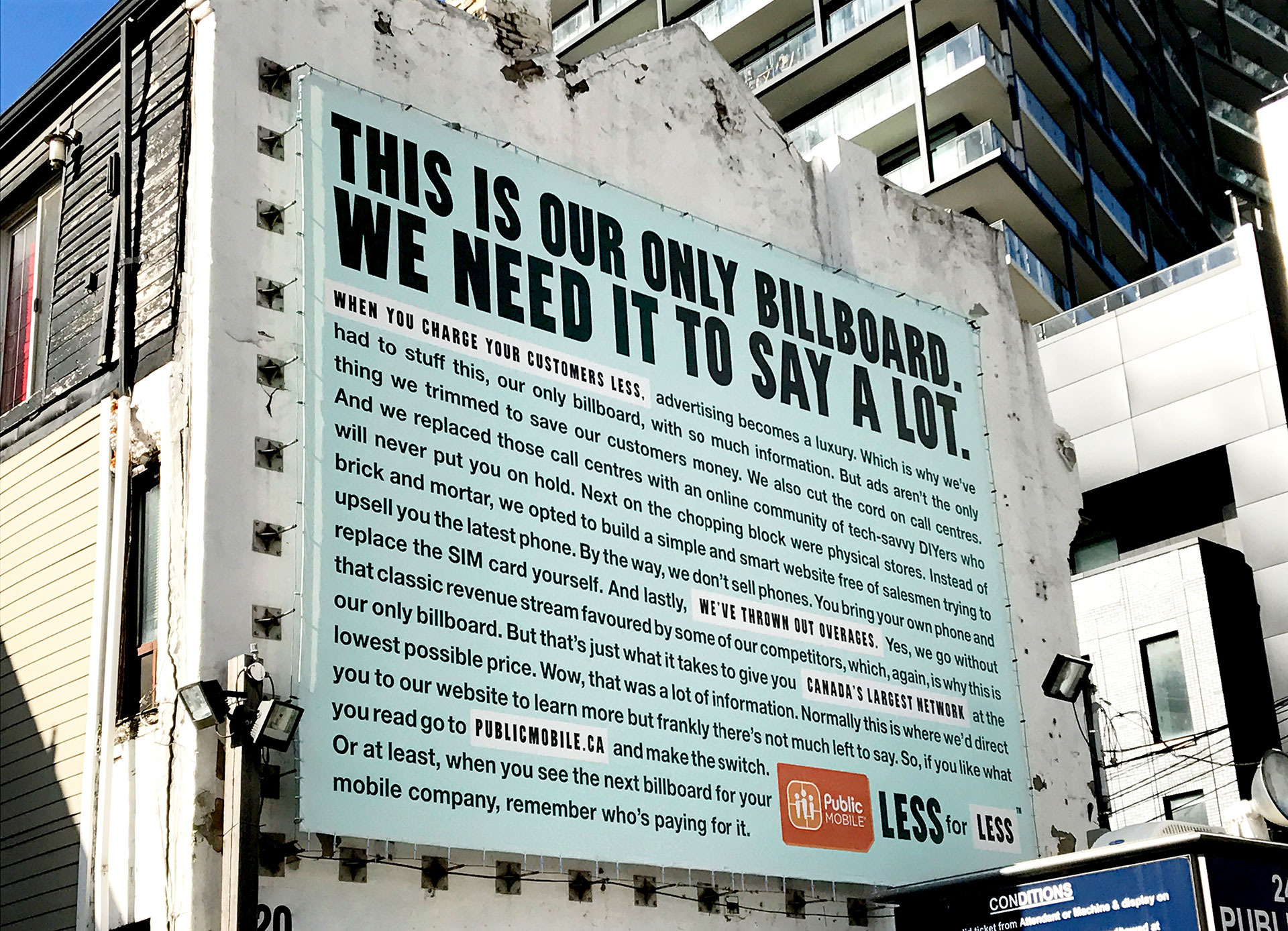 “Public Mobile champions the wireless consumer, and Cossette wanted to showcase its values in a thoughtful manner. ‘Less for Less’ demonstrates how the brand truly challenges the norm to keep rates so low,” says Carlos Moreno, chief creative officer at Cossette.

“We do wireless differently—no stores, no call centers, no overages, simple and straightforward plans, and loyalty rewards to earn even more savings,” says David MacLean, head of Public Mobile. “Consumers are looking for the best phone plans on the market without having to compromise on network quality. With less frills, they can have their cake and eat it too.”

Below, check out a few public transit ads and wild postings. 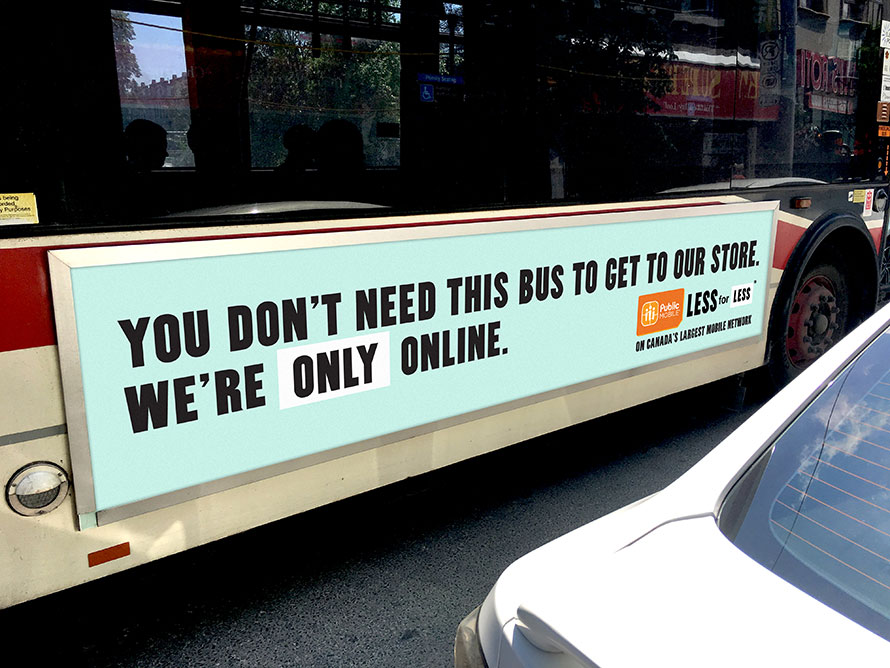 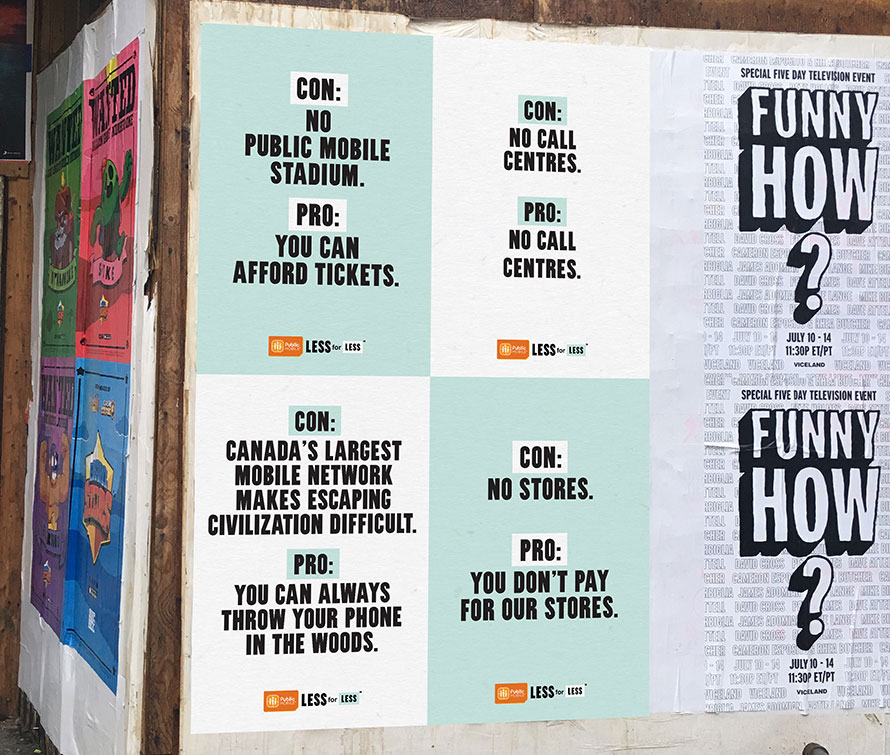