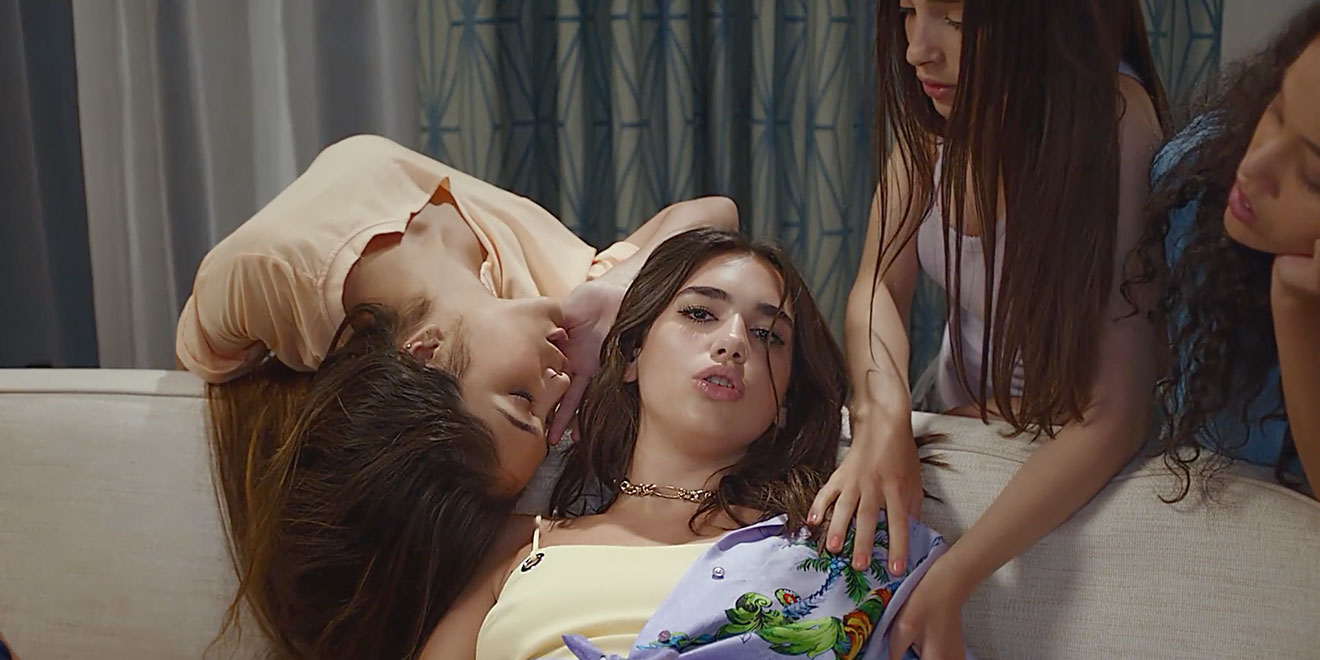 It’s no secret, girlfriend: That dude is worthless. So, weak moment or not, why would you even consider going back to him? This situation calls for a BFF squad, a musical pep talk (with synchronized choreography!), a dip into a crystalline Miami Beach pool, and a flock of flamingos. In that order.

And in the case of British pop-star-on-the-rise Dua Lipa, it means a budding partnership with Hyatt Hotels for the pastel-swathed fempowered music video below, which has racked up nearly 13 million views in its first few days.

Lipa’s video for her single “New Rules” shows off not only her model good looks and songwriting chops but Hyatt’s boutique hotel, The Confidante. While branding is subtle, the rooms, mid-century modern decor and spectacular oceanfront pool get as much face time as Lipa and her gal pals.

The match made sense for the venue because “its inspiration and its name came from the notion of being a trusted friend,” said Sandra Micek, Hyatt’s svp of global brands.

The hotel chain, which has set up a group called Unbound Collection for its specialty properties like The Confidante, also wants to speak to millennials and amp up its social media profile. Lipa, who will be opening the Bruno Mars tour in the U.S. beginning this fall, found early fame as a YouTube star, making her “a natural fit,” Micek said.

The music video, along with a mini-documentary and behind-the-scenes snippets, come from Los Angeles-based Shareability, pairing the global hospitality brand with the Warner Music artist.

It’s an example of the “new deal structures” possible between marketers and musicians, said Tim Staples, Shareability’s CEO. “Gone are the days where brands get value by renting an artist’s time and half-hearted endorsement,” he said. “The future will be about building creative partnerships that benefit both sides.”

Because record labels have tight (or nonexistent) promotional budgets, especially for young artists, brands can step in to fill the void, Staples said.

This is one of Hyatt’s first forays into branded entertainment, taking a page from competitors like Marriott and its active content-creation studio.

Lipa, in one of the behind-the-scenes vignettes, describes “New Rules,” the seventh single from her recently released self-titled debut album, as “the breakup song I wish I had when I was breaking up with someone.”

The video, shot in June by director Henry Schofield, quickly establishes her conundrum: She’s done with an unworthy guy, but not. She’s wavering. It takes her straight-talking crew and some tough love (and lipstick and dancing) to convince her to move on.

Everybody ends up poolside, where the women literally walk on water (buoyed by their confidence?). One thing is certain—they’re standing together, mirroring a current trend in pop culture and entertainment that shows women supporting each other. (Catfights are so yesterday.)

The short film, a top-10 trending YouTube video in its first weekend, has logged nearly 400,000 likes and 14,000 comments, and fellow pop princess Lorde dubbed it the “dopest video i seen in ages” on Twitter.