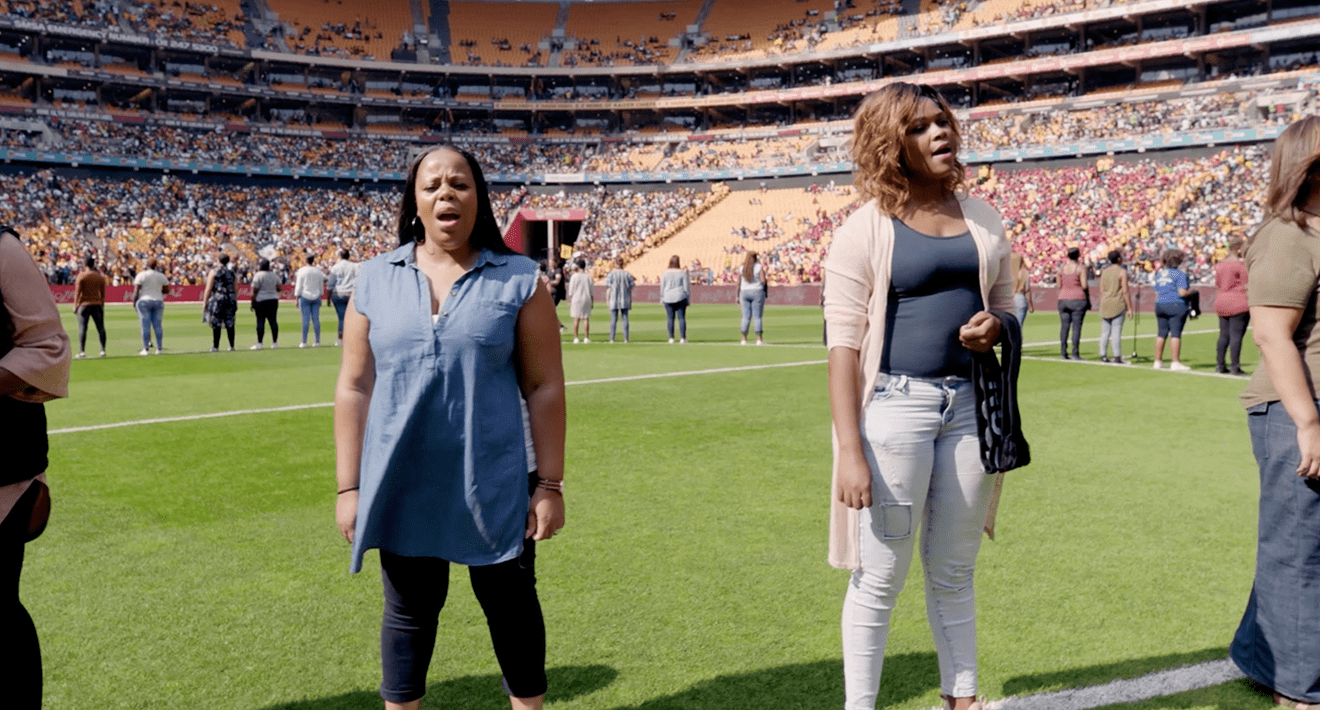 Violence against women spikes during and after soccer games, with alcohol cited as the main accelerant—which exactly why it’s important that this campaign is sponsored by South Africa's most popular beer. AB-Inbev

CANNES, France—A powerful initiative to help step the tide of violence against women in South Africa has emerged as the Grand Prix winner in the Radio & Audio category at the Cannes Lions.

Created by Ogilvy Cape Town and produced by Audio Militia, the work is a take on the country’s national anthem, where lyrics were changed halfway through to make a point about violence against women. Violence against women spikes during and after soccer games, with alcohol cited as the main accelerant—which exactly why it’s important that this campaign is sponsored by the country’s most popular beer. The song was performed by a female choir before a penultimate soccer match between two rival teams.

Three other South African radio spots also won Gold Lions, as did VML for Wendy’s and McCann Birmingham for its client Dexcom for a glucose monitoring system. Other Gold Lions winners were represented by the U.K., Colombia, Sweden, Germany and Ireland.

The Radio & Audio category was well-awarded, with a total of 55 awards handed out. Jury president Jo McCrostie, creative director at Global in London, pointed out that the shortlist was expanded to accommodate a more broad body of work, highlighting the evolution of the medium most known as radio.

“We need to start looking at audio as ‘audio’,” she said. “Radio has completely changed. Sound is appearing everywhere. As creatives, you can put this anywhere.”

Below, hear the Grand Prix winning work along with the U.S. Gold Lions winners and see the Cannes Lions winners so far, including in the Health & Wellness and Pharma categories. If you’re feeling eager for results, check out Adweek’s picks for campaigns that should win here in France this week.