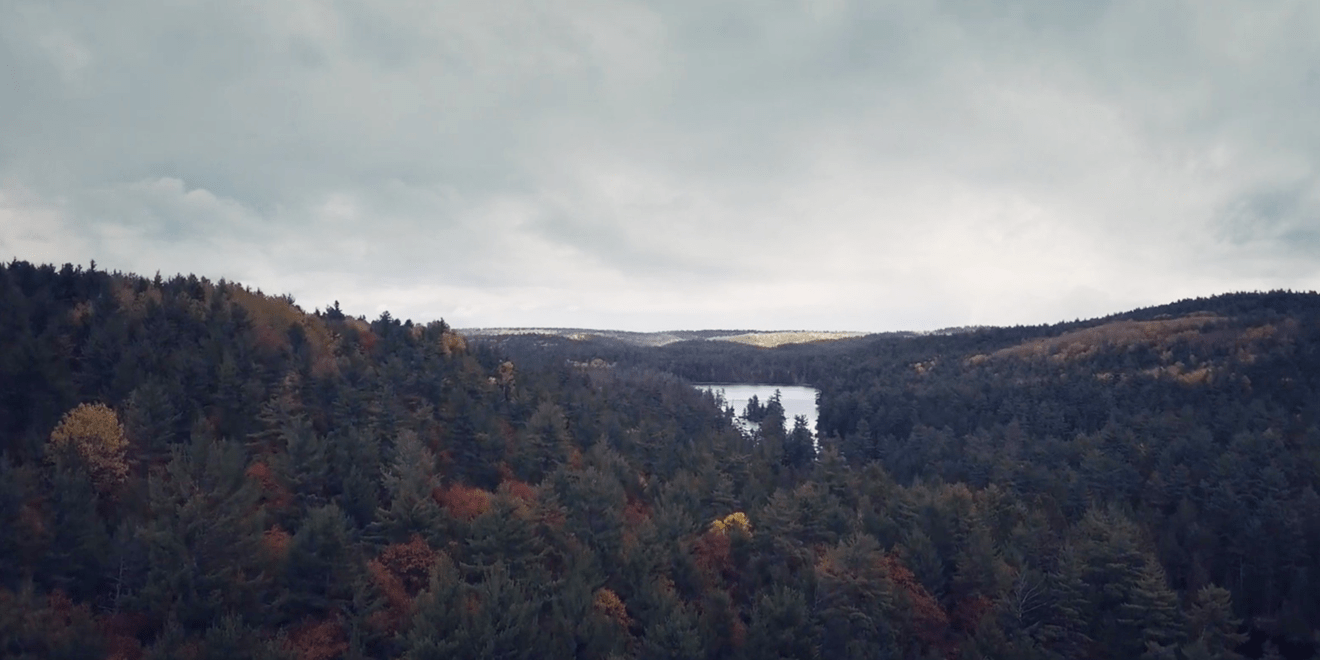 ‘My arms will be your hospital. My hands, your nurse.’ Warrior Adventures

For military personnel and first responders, missions deep into the wilderness can be fraught with fear, peril and even death. Once their dangerous work is finished, they sometimes struggle with stress, anxiety and depression.

Footage from one such trip last October, into the remote territory of Algonquin Provincial Park, propels “Join Us,” the 90-second clip below, created by FCB Canada and production house Someplace Nice.

As the film chronicles the vets’ progress amid the rugged beauty of North Ontario, two creative elements come to the fore.

First and foremost is the poetic narration by Canadian actor Bola Aiyeola. “Nature pulled me close,” she begins. “My arms will be your hospital. My hands, your nurse. My voice, an antibiotic against the wounds you’ve suffered.”

Aiyeola’s reassuring tone adds weight to the words (which may seem a tad florid but work well in context). At times, her confident cadence becomes mesmerizing.

“We wanted the voice to be protective yet warrior-like as if Mother Nature was wrapping her arms around you with one hand while baring her claws with the other,” FCB creative chief Nancy Crimi-Lamanna tells Adweek. “It was only when we got Bola into the room to record the piece that we realized she had personal experience with PTSD—there wasn’t a dry eye in the house when she performed.”

Also of note are sonic touches that suggest the trauma these warriors have survived.

“The battle sounds are subtle reminders, memories from the front lines,” says Sean McBride, who directed the film. “Sounds in nature can trigger the effects of PTSD. We used them to underscore that fact, and as the spot progresses the sounds dissipate.”

In the opening shot, radio static (the kind heard by troops or rescuers in the field) runs under the rush of the wind. Later, the crackling from a fire overlays the metallic clacking of someone loading a rifle, while wood chopping seems to end with the echo of a distant explosion.

Ultimately, the unnatural noises recede and tranquility returns, mirroring the program’s healing effect on its participants.

Veterans Affairs Canada estimates that 10 percent of war zone personnel experiences PTSD, while a study in the Canadian Journal of Psychiatry found that 45 percent of the nation’s first responders develop traumatic stress symptoms. (These range from anger and irritability to intense feelings of isolation and difficulty imagining a future).

A separate survey found that vets who participated in shared activities like white-water rafting enjoyed significant reductions in their PTSD and general levels of stress.

“This isn’t about raising money, it’s about raising awareness with two audiences,” says Crimi-Lamanna. “The first audience is war veterans and front-liners suffering from PTSD to let them know that healing can be found through nature.”

In addition, “We wanted to reframe how the public looks at PTSD,” she says. “These veterans and first-responders are no less injured than those that come back with visible scars and injuries. We just don’t see them that way, and therefore provide fewer resources and less compassion in the healing process. By reframing it as an injury, we hope to change the perception of the disorder to gain greater acceptance of the traumatized men and women who reintegrate back into their communities.”

Making the film many miles away from civilization, and barely in contact with the outside world, proved no easy task.

At one point early on, after canoeing more than five miles with their equipment, the crew actually got separated from the veterans.

“So, we worked out where they might be—didn’t have walkie-talkies, no cell services, only GPS InSight—then set out in two parties the next day (one with the camera) to find them,” McBride recalls.

“The final shot of the spot is actually Jackson and me canoeing out to find the Warrior Adventures team.”