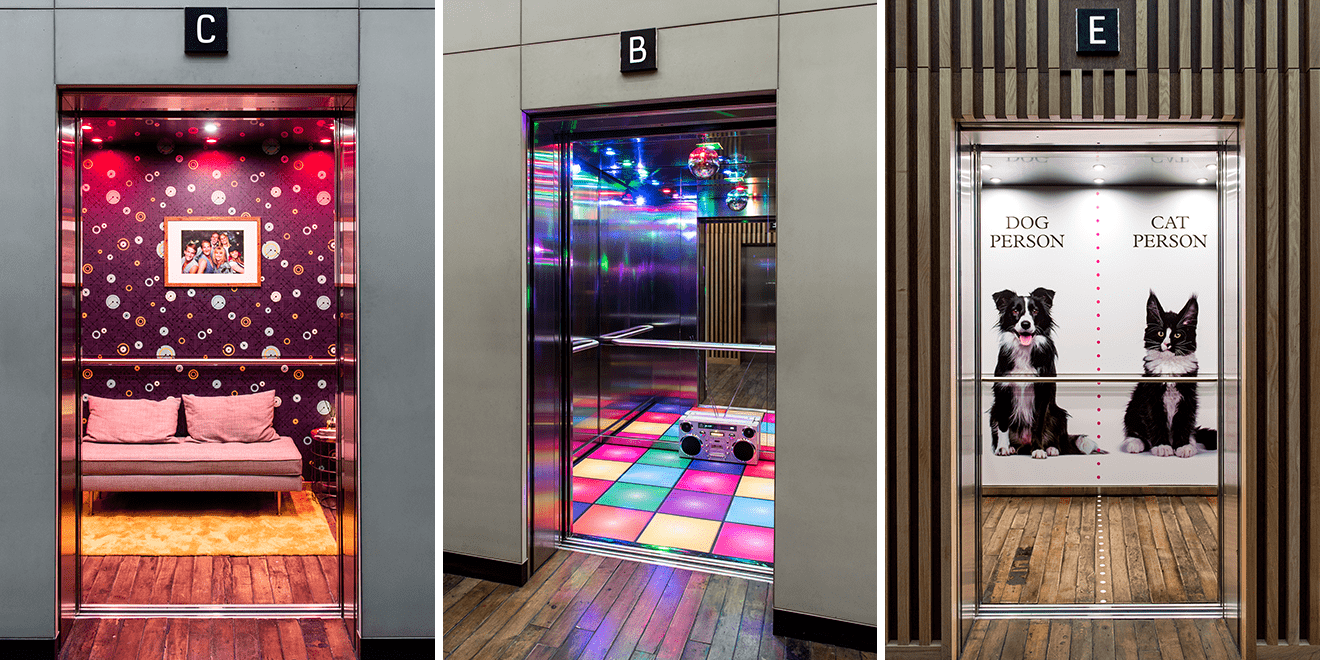 An elevator isn’t the first place one thinks of for a chance to have some interesting interaction. Most of the time, the ride up and down is an exercise in people gazing forward quietly, or sneaking peeks at their phones.

Conran Design Group, part of Havas in London, is seeking to break the monotony and give something people to talk about by redesigning the interiors of their elevators at Havas HKX Village in the company’s Kings Cross headquarters. 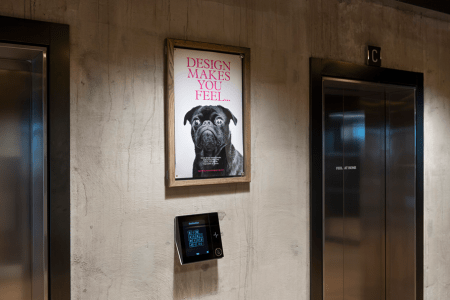 Six of the building’s lifts have been transformed to anything from a disco (probably from the 80s as evidenced by the boombox on the floor) to a living room, complete with a comfortable couch as the centerpiece. One encourages people to take a side in the dog vs. cat debate while another has unique flooring that makes it feel as though you are staring down at the elevator’s shaft. 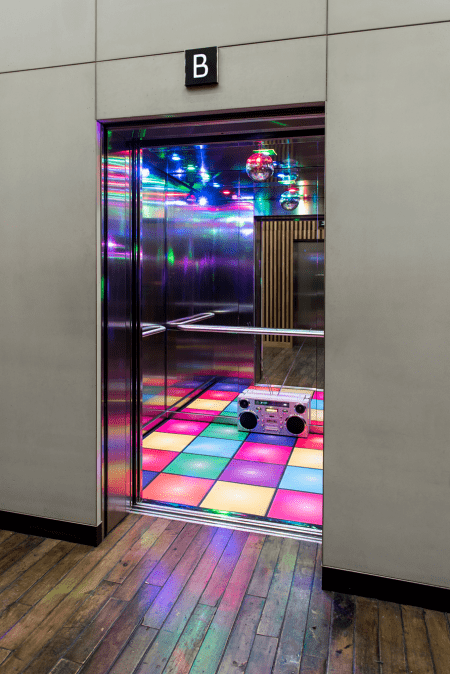 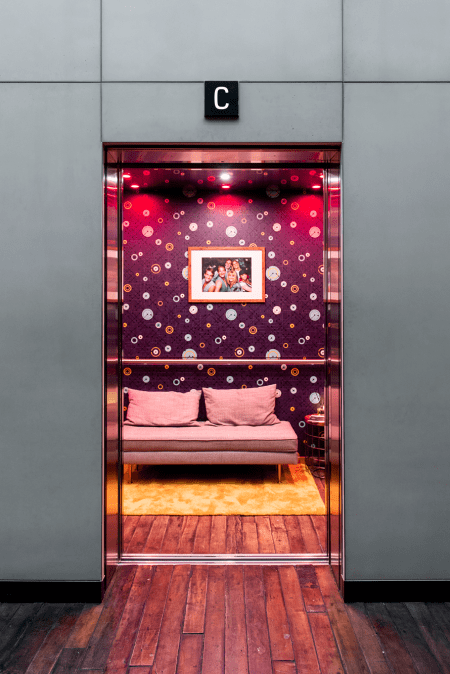 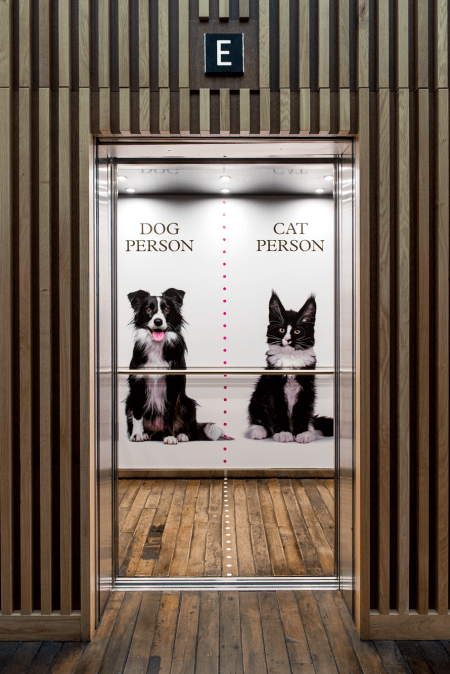 Thom Newton, CEO and managing partner of Conran Design Group, noted that the overall idea was both a social experiment, plus an illustration of what design can do to transform even the drabbest of spaces.

“We were keen to change perceptions of design in a simple thing like a lift journey,” he said. “You could be in there for 30 seconds but [were curious] to know how people might behave differently and what sense of disruption people might feel. It’s a great discussion point, changes people’s outlook on work and has a fun, positive spirit.”

Strategically, the simple idea was about generating buzz around the impact of design and, perhaps unsurprisingly, people have enjoyed the experience throughout the week, even beyond what was expected.

“I’ve had emails from people in the building saying that they’ve had clients come in for meetings this week and they would come back with other clients [to see the elevators],” said Newton. 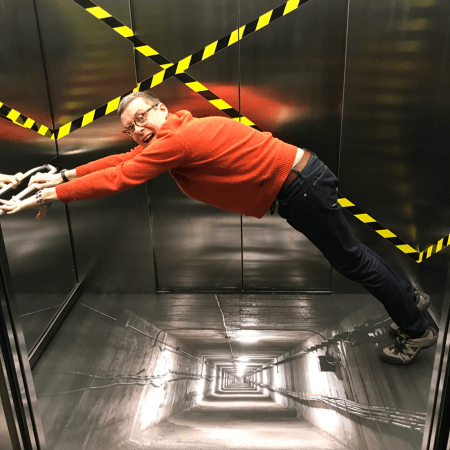 While it’s tempting to keep the installations going for a longer time, Newton believes it’s exactly the right amount of time to engender buzz, but also think about other ways to positively impact the work environment through design.

“One week is long enough for people to think ‘wow, that makes me feel a bit different and it’s really fun,’” he noted. “People won’t get bored of it and then we’ll move on to doing something new.”