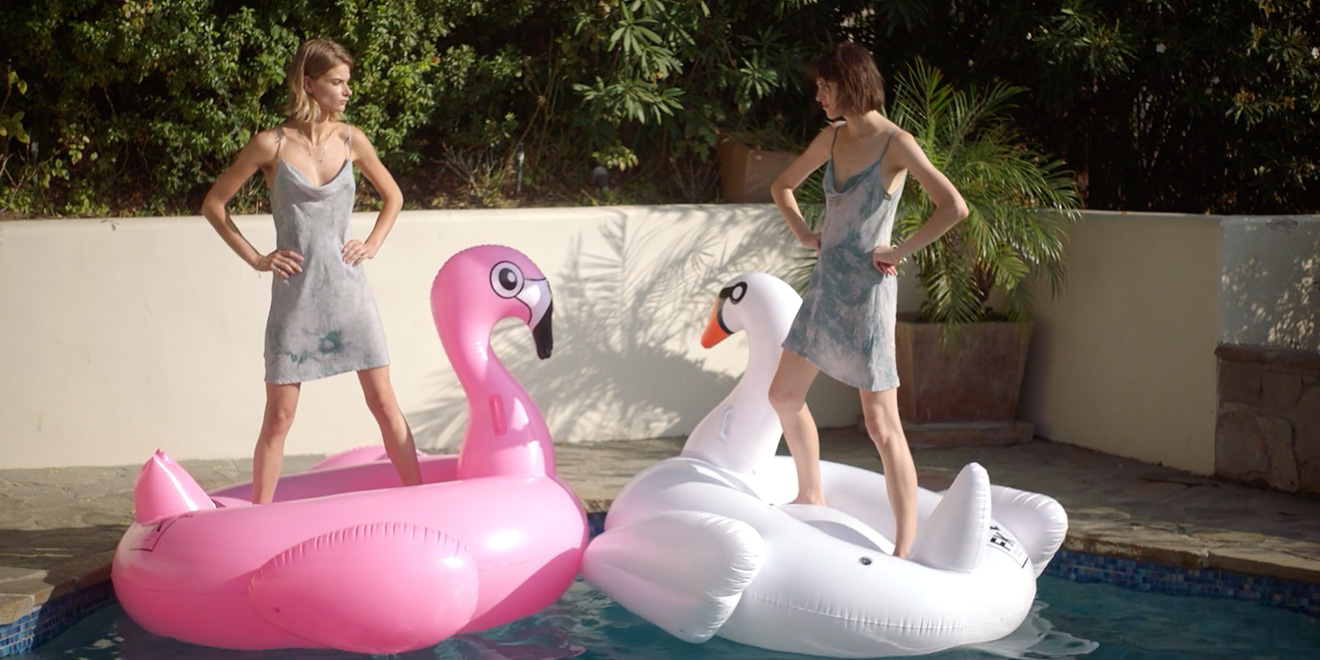 If you find your mirror image on Instagram, should you befriend that gal with the impeccable taste or move to a different town so you don’t bump into her while wearing the exact same outfit?

Bo and Lida, two waif-like models at the center of a new mini-movie for Los Angeles fashion brand LaCausa, choose to become roommates. And therein lies the problem, one that gets solved only with an epic stare-down on pool rafts.

The run-up to that standoff is benign enough. The pair are in complete agreement on how to throw a housewarming soiree—creative beverages, low-key vibe, tiny umbrellas as garnishes—at their spacious, badass party pad in the Hollywood Hills.

Why should it be any other way? They’ve already been peppering each other’s social accounts with comments like, “Love this” and “So good” for some time. And their stuff looks perfect together.

But when they end up in the same LaCausa slip dress for the event, they realize their “aesthetic intuition, fashion sense and personal style are far too similar,” says the narrator of the long-form ad, Jemima Kirke of Girls fame.

To settle the “Who wore it best?” question, they end up in the pool on white swan and pink flamingo rafts for a test of wills—and balance. First one to fall into the water has to change clothes.

The guests are confused. Should we tweet this? Is it performance art?

It’s actually a digital short, directed by Kava Gorna for the 4-year-old LaCausa (Spanish for “the cause”), which the Zoe Report has dubbed “a philanthropic fashion-girl brand” for its breezy-bohemian California-hip apparel and the 10 percent it donates from its online sales to various charities. (A recent recipient was the ACLU).

Not such a spoiler alert: Bo and Lida straighten out the situation and cement their budding friendship because they “Love this” and it’s “So good.” And why give up that view?