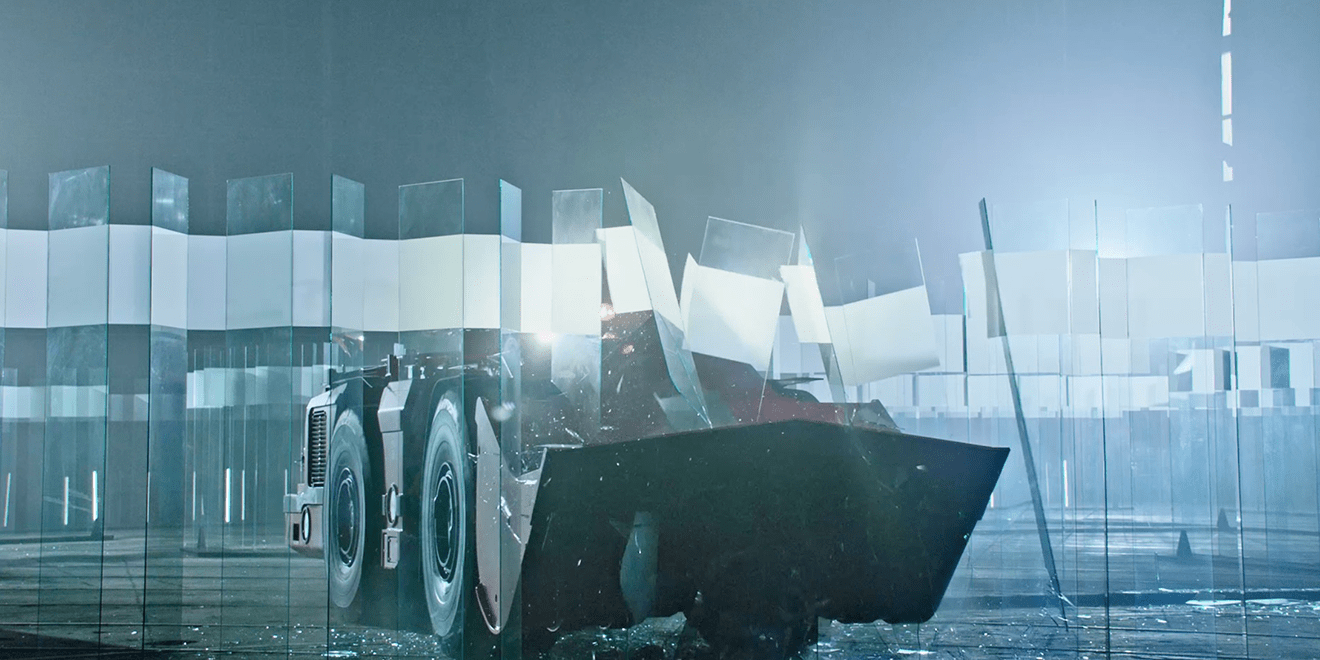 The patron saint of Swedish Heavy Machinery is likely Jean-Claude Van Damme. The actor’s “Epic Split,” a 2014 gymnastic foray between two Volvo big rigs, is the standard bearer of demonstrating the precision of Swedish engineering—and the use of Enya’s music in advertising. The highly-awarded stunt, with a charming, entertaining follow up the next year, was an award show darling and created by Gothenburg-based Forsman & Bodenfors (F&B).

Now, the agency, freshly merged with KBS, is attempting another technological feat of derring-do with global engineering firm Sandvik. Focusing their efforts on the company’s mining and rock technology, F&B set up a maze made entirely of glass to demonstrate its automation chops. Sure, we hear a lot about self-driving cars, but what about a 38-ton mining machine?

Set in a vast warehouse, “The Glass Labyrinth” shows the mechanical behemoth making its way around walls glass panels with ease, turning around the sharpest of turns with nary a problem. Will this automated beast make it? Of course, it will. Ah, come on, this has to be a bunch of CGI, right?

Enter Sandvik Group’s CEO Björn Rosengren who says, with confidence: “Trust me. It is real. Let me show you.”

Rosengren then proceeds to do the industrial version of pulling a tablecloth off a fully set dinner table, gleefully smashing through the glass to show, indeed, this isn’t fake news … or marketing.

Admit it, you’d love a chance to ram a big piece of heavy machinery through a bunch of glass. But even watching Rosengren plow through it all is a fun, satisfying watch—and proves that for those of you in the mining and rock game, the first place you might think of now is Sandvik.

In addition to the entertaining film, F&B put together a fascinating behind-the-scenes documentary to show how it all came together. It was no “Epic Split,” but indeed an impressive effort that now puts Rosengren in the pantheon of greats who showed what Swedish technology can do.