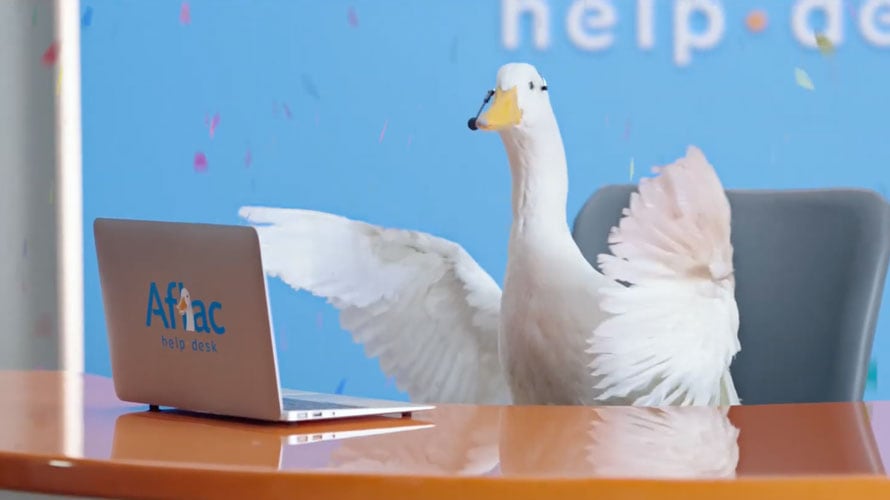 Aflac's spokesduck is actually quite beloved by consumers since he isn't overly anthropomorphized. Aflac

From the very first ad, we were won over at the appearance of the fan-favorite quirky, well-spoken, endearing Geico gecko. Advertising magic? Well actually, Geico’s secret sauce has more neuroscience going on than we realize.

When advertisers dream up talking tigers or even a giant pile of tires to be their spokes-things, they tend to begin by picking an animal and making it fun, relatable and, ultimately, more physically human. But it’s not just about giving it a set of eyes or a voice; it turns out there’s a lot of psychology and neuroscience in order to get it to land right.

It starts with anthropomorphism

Have you ever looked at a car and thought it looked cute? Have you ever seen a cartoon character that gives you the creeps? There’s a reason for that. Anthropomorphism is the innate instinct that humans have to give animals and inanimate objects human-like characteristics.

Humans are hard-wired to assign motivations, intentions and emotions to animals and inanimate objects alike. Why are we engrained to humanize things? Well, there’s a few different reasons. We understand the most about human behavior, we are motivated to explain the behaviors of others and we thrive off of social connections.

Physical similarity plays a big role in helping people anthropomorphize. While we have a tendency to anthropomorphize many things, we actually have an easier time giving life to something when it looks more human.

That’s where mascots and brand characters come in. But the recipe for successfully making something more human isn’t so simple. A marketing study compared anthropomorphized and original form bears and lions and found that, even when all else held equal, people preferred the bear given that it can stand on two legs and has a higher physical similarity to a human than a lion. 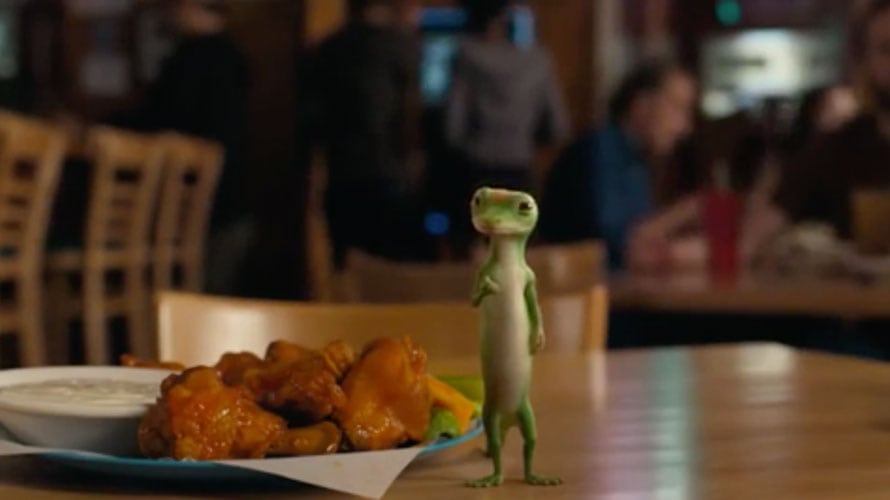 Physical similarity to humans matters, but we can think of it as more of a spectrum. Sure, it’s not impossible to anthropomorphize a lion, but bears simply lend themselves better to this because they fall closer to humans on that spectrum. In the end, the study’s participants preferred to keep the lion in its original lion form.

We can turn to some of our insurance industry favorites for perfect examples, like the Geico gecko and the Aflac duck. We all know Geico hit a home run with its gecko ads, and it’s because that team understood anthropomorphism.

Running down the list of physical similarities the character plays on, everyone’s favorite reptile stands on two legs (in case you’re not from Florida, real geckos tend to walk on all fours), uses his fingers to give us a thumbs up, burns his human-like lips with spicy buffalo sauce and wins over our hearts with his expressive eyes.

But what about Aflac? It’s a long road to turn a duck into a human, so rather than go in on a creepy Donald Duck impersonation, Aflac humanized its spokesduck in a different way: They make him do human things like swim with goggles on or sit at a desk flapping away on a keyboard. It’s a winning strategy for the company.

But anthropomorphizing isn’t just making something look like a human. Sometimes it’s enough for them to move like us. This is especially important when it comes to bringing inanimate objects to life.

In one research study, participants were shown animated videos of a blob going down the street, eating cars and lamp posts. Each video presented the blob moving at different speeds: ultra-fast, ultra-slow and a pace that matched how a human would move. Turns out the video of the blob moving at human speed was the only one where participants attributed human characteristics to the blob. Even a shapeless blob could be anthropomorphized when it moves like a human.

This is exactly how Pixar’s lovable lamp bounced straight into the hearts of audiences across the world. While doing nothing to change its appearance as an ordinary lamp, Pixar impressed moviegoers everywhere with the way its mascot was able to hop around, scrunch down to jump and move its head around in wonderment as if it was a kid experiencing Legoland for the first time.

@SpencerGerrol Spencer Gerrol is the founder and CEO of Spark Neuro.