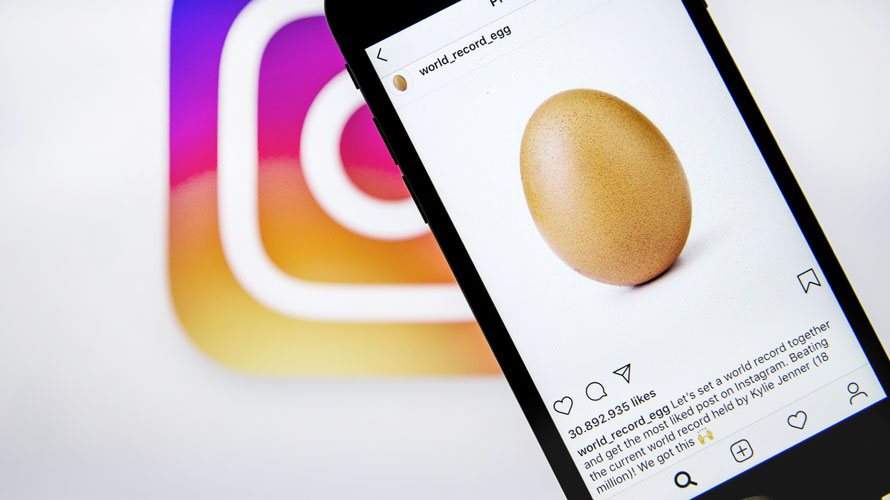 In case you missed the news, an egg became the most popular post on Instagram. Getty Images

A few months ago, an egg blew up on Instagram. It completely took over.

Yes, it’s come to this: an egg. All those marketing budgets. All those data points and costly influencers pouting vacantly into the middle distance, and an egg beat them all. Even Kylie Jenner.

People, it turns out, love novelty. In fact, people are honest to goodness hardwired to notice it. It’s true. Scientifically, we’re addicts. Researchers ran functional MRIs of people’s brains and found a consistent overlap between the brain’s response to novelty and the reward-processing dopamine hit that happens in our mid-brain. Your brain is a dealer, and it gives you a hit of dopamine if you notice something novel even when nothing else is going on.

This happens because of survival. Nature is a brutal and evolutionary biology that dictates that the people who survived were those that noticed things that were out of the ordinary. Several millennia ago, noticing what was novel in your surroundings was a life and death art. Today this same survival instinct is being triggered on Instagram.

And on Instagram, it doesn’t get much more novel than an egg.

Have you seen one of the two dueling Fyre Festival documentaries? Both of them mention the Fyre Festival’s powerful exploitation of social media. All those beautiful people in glorious locations having the time of their lives. But you know what? It wasn’t the beautiful people that grabbed people’s attention. It was an orange tile, which was totally different from anything else that had been on the site.

Novelty: Once again, it gets noticed.

So if novelty explains why people notice an egg (or tile) in the first place, what explains why it takes over and why people engage? Again, humans being human. Wondering why all the beautiful people are posting orange tiles was not only novel, it was also a powerful identity signal. These beautiful influencers, these social contagions were in the know. And you, along with everyone else, was not. And just like that, millions of Instagrammer’s ventral medial prefrontal cortexes lit up and audiences engaged with the Fyre festival marketing content.

Why does the brain find value in sharing things that solidify our place in community through identity signaling or useful knowledge sharing? Like with novelty, it’s down to biology, which, again, really means survival. Humans are communal animals. Our survival chances are much greater when we are in community. Our ability to solidify our place in the community is important. We tell people who we are, where we belong and strive to be helpful to the groups we want to belong to.

Everything makes sense if you remember that biology drives things. Even now, thousands of years after people first grouped together into communities, we are governed by the same basic and powerful drives.

There is a human universality that connects us, which is good news for marketers and advertisers alike because human nature isn’t owned by a company and will not get changed when the data scientists decide to tweak the algorithm.