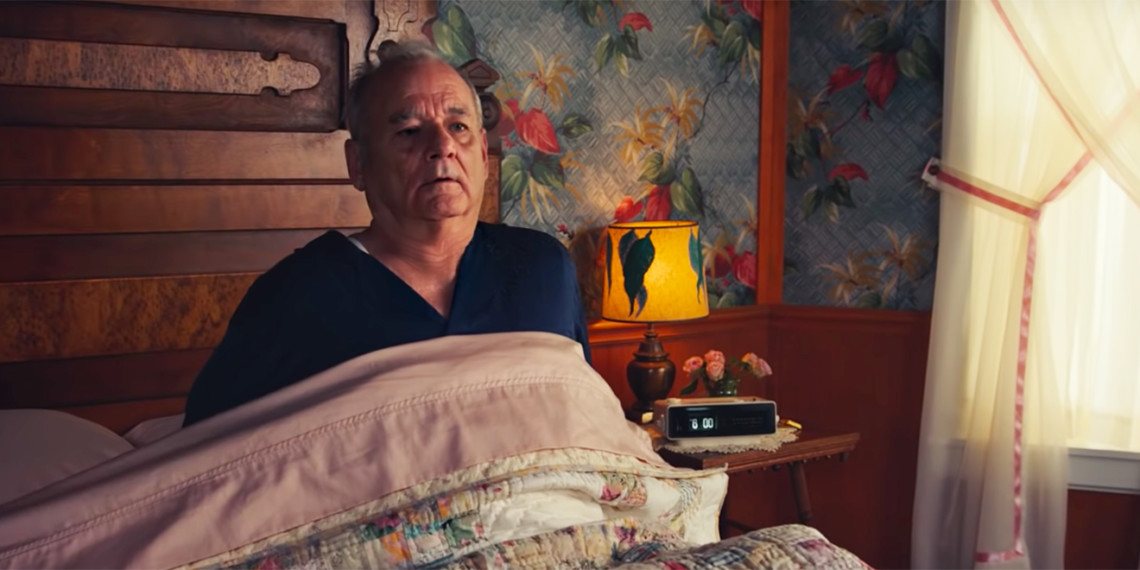 Jeep's loving homage and sequel of sorts to Groundhog Day is just one of several movie-themed Super Bowl spots this year. Jeep

Certainly, it’s not a new approach. Several of the most beloved Super Bowl ads of all time are centered on popular movies or franchises. Volkswagen’s The Force, featuring an adorably underpowered Darth Vader, was a Death Star-sized hit when it debuted in 2011. And in terms of movie recreations, FedEx and BBDO set the bar in 2003 with “Desert Island,” which offered an alternate ending for Tom Hanks’ 2000 blockbuster Cast Away.

But this year, the trend is offering up a multiplex worth of big-budget ad concepts. As I write this a few hours before kickoff, we’ve already seen eight ads that heavily draw on movies, and more are sure to come.

Jeep and Mountain Dew are the most direct with their lovingly detailed recreations of Groundhog Day and The Shining, while Walmart and Discover take the tack of squeezing in as many references as possible. Audi set its ad to Frozen’s “Let It Go,” while Squarespace’s Winona Ryder homecoming to Winona, Minn., feels like a scene right out of 1996’s Fargo. Facebook, meanwhile, caps off its celebration of rock-themed Facebook Groups with a double-A-list callback to Rocky.

The most obvious reason for hinging your Super Bowl ad on a movie is the same one used for several other common concepts: borrowed interest.

Telling a new story from scratch in 60 seconds, much less 30, is an uphill battle for any advertiser, especially in the general chaos (on the screen or on the couches) around the Super Bowl. How will you get the audience to care or even understand who the characters are? And if you can pull that off, how will you make a brand the star without being ham-handedly sales-y?

The easy solution, if you’ll forgive a mixed sports metaphor, is to start your story on second base in the consumer’s mind. If the viewer already knows a celebrity or storyline and you can insert your brand right into it, you’ve already leap-frogged past the hardest obstacle.

For decades, celebrity cameos have been the most frequent and overused implement in the Super Bowl toolbox, with the quality of how the celebs are used varying widely. Some feel that fans have grown tired of Super Bowl ads that lean too heavily on the premise of celebrities in wacky situations.

"This year’s trend is a way of upping the ante, essentially using major entertainment properties as characters to play with to keep things fresh."
—Chris Beresford-Hill, CCO, TBWA\Chiat\Day New York

“The Super Bowl has always over-indexed on spots featuring entertainers, usually putting them in a funny context or making a joke at their expense,” said Chris Beresford-Hill, chief creative officer of TBWA\Chiat\Day New York. “Over the years, this has become a bit expected, and ad people are always trying to find the next thing.”

Beresford-Hill’s agency embraced the movie theme in a way that combined star power with nostalgia while still being obsessive about craft: Mountain Dew Zero Sugar’s recreation of scenes from The Shining, this time starring Bryan Cranston and Tracee Ellis Ross.

While Jeep opted to keep Groundhog’s original cast in the mix, including the notoriously elusive and ad-averse Bill Murray, the automaker still found a way to put its product, the 2020 Jeep Gladiator, front and center in the storyline. Similarly, Mountain Dew deftly positions its product at the center of an ad that manages to be both a loving tribute to a Hollywood classic and a straightforward sales tool.

“This year’s trend is a way of upping the ante, essentially using major entertainment properties as characters to play with to keep things fresh,” Beresford-Hill said. “A number of this year’s spots that are referencing a movie are also mixing and matching different celebrities into the concept, as we did with Dew. It’s a way to play with more tensions and have more points of cultural relevance.”

The pros and cons of latching your ad onto a film

With the volatile political climate of recent years, several Super Bowl ads have carried weighty social messages, while others have tried to mirror the national mood by taking on a more serious tone and featuring narratives with gravitas.

Veteran creative Mark Fitzloff, who founded Portland agency Opinionated after a lengthy run with Wieden + Kennedy, said he sees this year’s movie focus as a sign of marketers trying to shift back to breezier fare.

“I wonder if it’s a transitional period,” he said, “moving out of the earnest phase back to a lighter comedy and entertainment approach, where borrowing interest from movies is the safest first step.”

Selling a Super Bowl ad with a movie premise is also easier than convincing a client to go with something entirely new.

“Clients don’t really have to try too hard to imagine what the final product might be,” Fitzloff said. “Assuming they have the pockets to swallow the licensing costs, the concept they buy comes with a pretty airtight creative guarantee that the spot will at least resonate with somebody out there: fans of that particular movie. And that matters in the era of instant feedback.”

But Fitzloff, a former creative lead on brands like Old Spice, Coca-Cola, Chrysler and Target, warns that pinning your ad to a movie reference can be limiting as much as it’s dependable.

“My take on it, having indulged in the practice myself, is using a movie reference as your core concept has a bit of a ceiling for creative potential,” he said. “It can only ever be so good or so memorable because, at its core, it’s not unique. I guess the VW Darth Vader spot defines that ceiling—and I loved that spot. But the work never stands on its own, and I think it feels dated more quickly, even if the movie you’re referencing is timeless.”