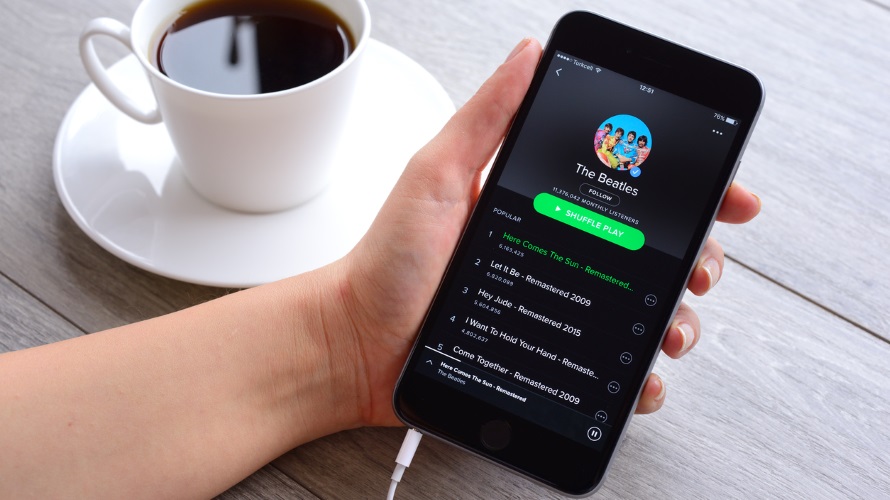 Spotify is available in 61 countries and territories. hocus-focus/iStock

Music-streaming giant Spotify filed its Form F-1 with the Securities and Exchange Commission Wednesday to register an initial public offering.

An IPO date has not yet been set, but Spotify’s move to sell shares directly on the New York Stock Exchange without relying on underwriters may speed up the process. The company’s stock will be traded under the ticker symbol “SPOT.”

1. Spotify has a significant deficit

The company cited “significant costs” to license content, including royalties to music labels, publishers and copyright owners, saying in its SEC filing, “We cannot assure you that we will generate sufficient revenue from the sale of our premium service and advertising for our ad-supported service to offset the cost of our content and these royalty expenses. If we cannot successfully earn revenue at a rate that exceeds the operational costs, including royalty expenses, associated with our service, we will not be able to achieve or sustain profitability or generate positive cash flow on a sustained basis.”

The company said its user base spans across 61 countries and territories, with 159 million monthly active users of its ad-supported service (no subscription fees) and 71 million premium subscribers—nearly double the total of Apple Music, its closest competitor.

3. Meanwhile, its offerings are dominated by a few major players

4. Yes, Spotify is worried about net neutrality, too

Spotify urged caution about the potential effects of the Federal Communications Commission’s recent net neutrality ruling. “Our service requires high-bandwidth data capabilities. If the costs of data usage increase or access to data networks is limited, our business may be seriously harmed,” the company said in its Form F-1. “Additionally, to deliver high-quality audio, video and other content over networks, our services must work well with a range of technologies, systems, networks, regulations and standards that we do not control.”

Spotify added that “the adoption of any laws or regulations that adversely affect the growth, popularity or use of the internet, including laws governing internet neutrality, could decrease the demand for our service and increase our cost of doing business.”

5. Revenue is steadily increasing every year

6. But all this comes at a cost

Spotify paid almost $10 billion in royalties to artists, labels and publishers from its launch in October 2008 through Dec. 31, 2017, with expenses for rights-holders rising 27 percent in 2017 versus the previous year.

7. Listeners spend a considerable amount of time on the platform

In the fourth quarter of 2017, 25 content hours were streamed for each monthly active user (or MAU). Spotify defined content hours per MAU as “the aggregate number of hours users spent consuming audio and video content on Spotify in the quarter indicated, divided by the average of the MAUs for each month in such quarter, which is then divided by three months.”

8. Users are relying more and more on playlists

A little under one third (31 percent) of all listening on Spotify comes from editorially curated playlists (such as RapCaviar) or personalized, algorithm-generated playlists (Discover Weekly, Daily Mix, Release Radar), up from less than 20 percent two years ago.

9. Premium members are here to stay—mostly

10. Spotify sees room to grow in its existing markets

The company cited estimates from Ovum that only 13 percent of payment-enabled smartphone users in the 61 countries and territories where it is available are on its platform.