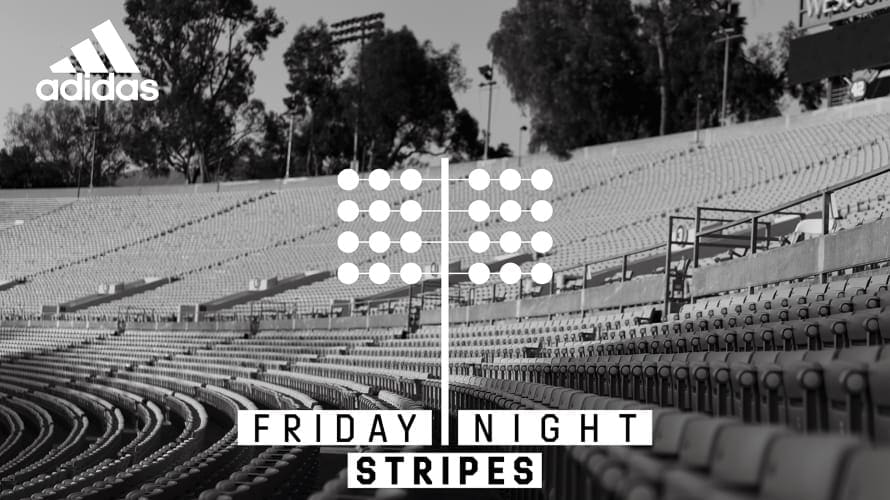 Adidas and Intersport are bringing their Friday Night Stripes livestreaming series of high-school-football games back to Twitter for a second season.

The slate will be livestreamed on @FNSLive, and the games will be accompanied by a Twitter timeline featuring real-time conversation and enabling fans to watch, tweet and view commentary.

Lyle and Hawk will be joined by special guests throughout the season, including Adidas Football National Football League athletes, entertainment partners and influencers.

Intersport will produce the games, and the initial schedule follows:

Twitter head of U.S. sports partnerships T.J. Adeshola said in a release, “Coming off of an incredible, never-been-done-before, first season of Friday Night Stripes, we are excited to run it back with Adidas and Intersport. The high-school-sports community on Twitter is not only massive, but extremely passionate and engaged. Friday Night Stripes gives us the fantastic opportunity to showcase the future of sport—the culture, the lifestyle, the swagger—in an innovative way, directly to the timelines of fans all over the globe.”

Adidas Football director Cameron Collins added, “We take pride in helping shape the future of sports, and the first season of Friday Night Stripes created a best-in-class digital experience and highlighted the vision for Adidas Football. As we continue to elevate and amplify the high-school-football experience for millions of fans, Friday Night Stripes season two is set to showcase some of the most highly touted games and top-ranked high school teams across the nation.”

And Intersport vice president of content strategy and distribution Jason Bernstein said, “The incredible success of the inaugural season of Friday Night Stripes exemplifies the power of cutting-edge content that combines the viewing experience with the real-time conversation that goes with it. We look forward to once again showcasing the next generation of football players through the premium live video experience of Twitter.”