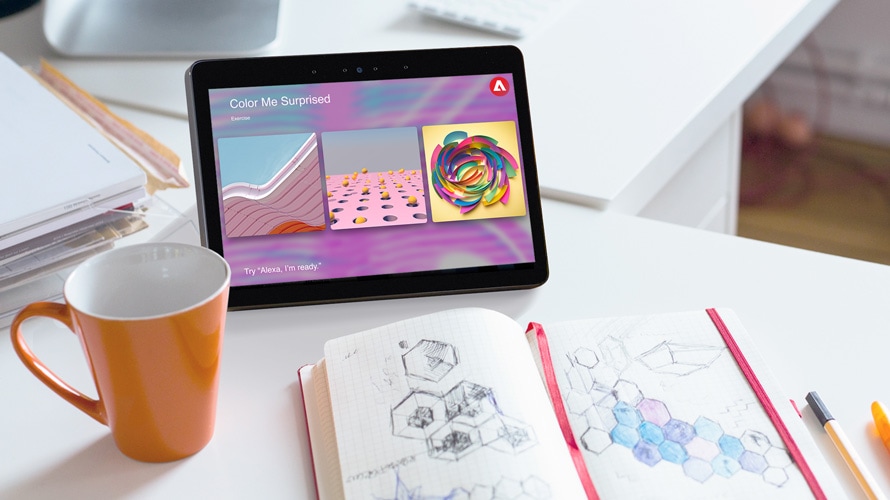 Having produced software for creative types since its Illustrator product debuted in 1987, Adobe has created a new skill for Amazon’s Alexa that it hopes will be similarly inspiring.

The software company hopes creatives and aspiring creatives alike will use the Adobe Inspiration Engine voice skill, which launched today, to burst through creative blocks like the Kool-Aid Man through walls. 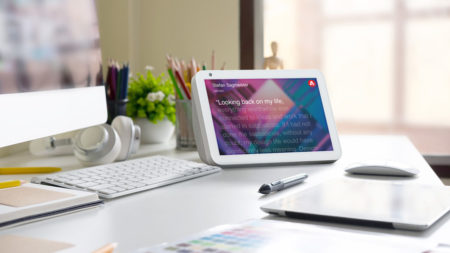 “Some of them are exercises to break you out of what the task is you’re trying to accomplish and get you working on something,” said Mark Webster, director of voice UI/UX products at Adobe.

The free skill launched today, available in English on any Alexa-enabled device, including through the Amazon app, in the U.S., U.K., Canada, Australia and New Zealand.

According to Webster, even though the brand has historically been platform-agnostic, it opted to start with Amazon in this capacity because it has further reach in the U.S. than other voice-enabled platforms. In addition, a voice-enabled skill was the right fit for creative inspiration because it’s a new experience on a new platform.

“It’s the idea of, ‘How do we help the creative community be inspired and bring it to a larger audience in a way that is itself new and novel and a different way to experience things?’” Webster said.

Citing its own research, Adobe said 71% of people consider themselves creative, but 89% struggle to find inspiration.

“At Adobe, we empower people to realize their creative potential,” the company said in a blog post. “Traditionally, that has meant building tools that test creative frontiers, streamline workflows and enable collaboration.”

Now, Will Allen, vice president of community products at Adobe, said the software company has an opportunity to address inherent challenges.

“We’re known for these tools that allow you to create … [but] what we know from creatives is blocks are a real problem,” he said. “How do you become creative on demand, dig deep and get inspiration and push boundaries of creativity? And we had this thought: ‘How [do we] provide more inspiration?’”

Finding inspiration is more important than ever because of increasing demands with tighter deadlines, Allen added.

“It’s hard to be creative on demand,” he said. “Some creatives get an unfair reputation of being hard to work with. What that stems from is creatives are just trying to find the right space to be creative.”