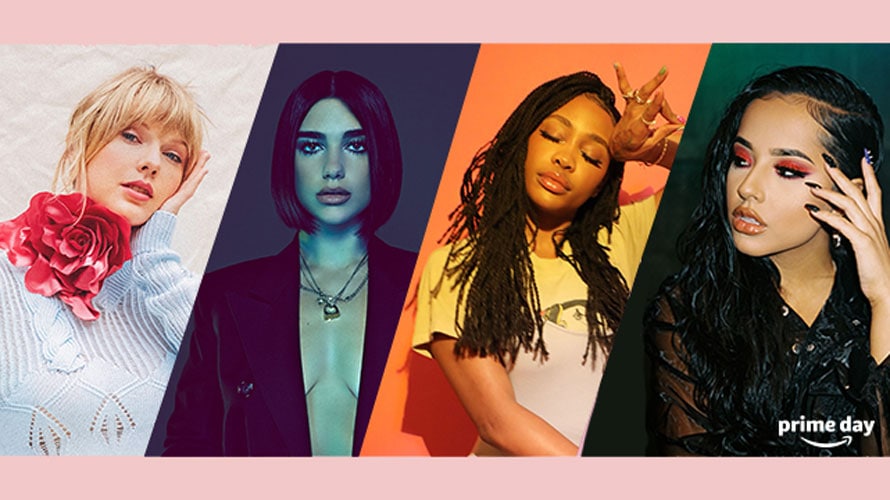 With the announcement of an upcoming Prime Day concert headlined by Taylor Swift, 2019 may be the year Prime Day finally becomes a true event.

Until now, it has invariably drawn comparisons to Alibaba’s Singles Day, but in terms of both sales and star power, there really was no comparison—Alibaba’s countdown gala to its 24-hour annual treat-yourself sale featured singer Mariah Carey, supermodel Miranda Kerr, retired NBA star Allen Iverson and a specially choreographed performance by Cirque du Soleil in 2018 alone. And those are just the celebrities who are well known in the Western Hemisphere.

This year, however, Amazon is teasing its own 48-hour sale with a concert livestream on Prime Video.

In addition to Swift, performers include singers Dua Lipa, Sza and Becky G. Actress Jane Lynch, who starred in the second season of Prime Video’s The Marvelous Mrs. Maisel, will emcee.

One-third of the entire statement about the concert—643 of 1,700 words—is focused on the performers’ plans and (often Amazon-specific) accolades, such as: Swift’s set will include her new singles, which happen to have broken records on both Amazon Music and Alexa; Dua Lipa’s song “New Rules” in particular is in the top 10 most-played songs on Amazon Music globally of all time; and Becky G’s global monthly streams on Amazon Music have grown 5.5 times year-over-year.

And, as data from market-intelligence firm Numerator shows, most Prime Day shoppers are married women ages 35-44. These artists, on the other hand, range in age from 22-29 and may help Amazon appeal to a younger crowd. (Amazon did not comment.)

The statement also included remarks from Amazon Music vp Steve Boom, who said the concert is meant to celebrate Prime Day. But it also gives Amazon plenty of opportunities to show off related offerings, like, say, the benefits of Prime membership, a trial of Amazon Music Unlimited or the ability to use Alexa to preview songs or even watch the event. What’s more, those who tune in will see clips for Amazon-exclusive series like Carnival Row, Modern Love and Tom Clancy’s Jack Ryan.

The concert will stream live in more than 200 countries. It will also be available to Prime members for a limited time afterward.