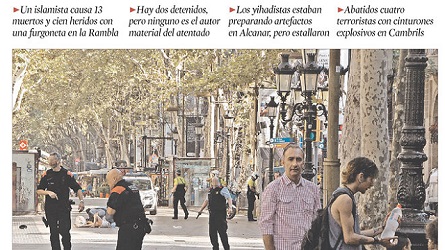 La Vanguardia, Spain’s fourth largest daily newspaper, has been around since 1881. Today’s front-page look will most certainly be remembered as both one of the saddest and most shocking issues in the publication’s history. 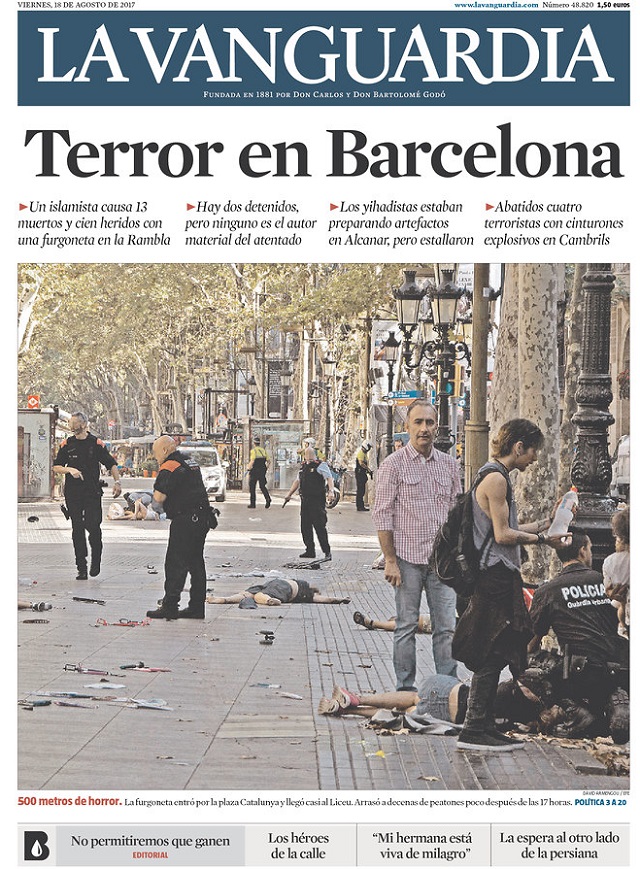 Reaction on social media in Europe to the image has been generally negative. For example, one French student tweeted that the paper is showing no respect for the victims of the Aug. 17 attack. An observation that prompted one of Jordi Reverte’s followers to reply, ‘As usual.’

It’s certainly a strong, intentional editorial decision. And perhaps the wrong one. The paper’s editors appear to be determined to use their platform to remind of the severity of the incident, and surrounding issues.

The photo was taken by David Armengou for Spanish news agency EFE. Per the tweets below, some of his other work is being prominently featured today in other papers. EFE’s history predates that of La Vanguardia, connecting to the first news agency in Spain, the Center for Correspondents, founded in 1865. In 1984, EFE joined the European Pressphoto Agency (EPA), taking a 20% stake in the process.