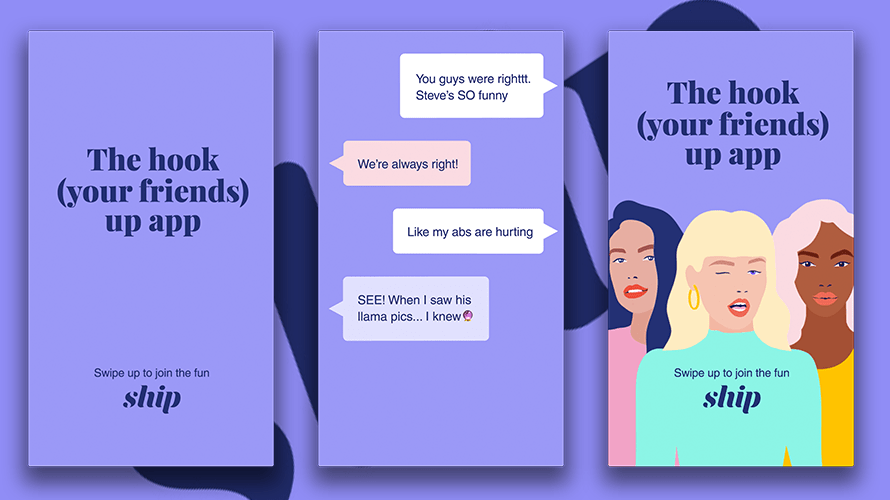 Betches, the digital media brand geared toward women, is looking to get into the love business. Specifically, it’s launching a new dating app called Ship that allows users to vet prospects with their friends, a capability the app’s creators hope will set it apart in a virtual sea of dating apps.

The app will let your single and non-single friends swipe on your behalf and talk about potential dates in a group message with you.

“As friends, we’ve not only worked on this business together but have gone through the stages of our life together, including dating,” said Jordana Abraham, co-founder and CCO.

Abraham, along with CEO Aleen Kuperman and COO Samantha Fishbein, started an anonymous blog in 2011 called The Betch List when they were seniors at Cornell University.

The blog transformed into a full-fledged, profitable media business with arms in events, podcasts, ecommerce and books. The co-founders were among Adweek’s 2018 Young Influentials.

After years of doling out relationship advice and tackling other matters as they relate to the heart, the new app felt like a natural next step, they said. Their own conversations with each other informed the expansion—they have always talked about their love lives, so why not offer that to readers, too?

Betches Media partnered with Match Group, the owner of Tinder, OKCupid and Match.com, to launch the app, which is available for free beginning today. Fishbein said it’s named for the “commonality between relationship and friendship” as well as the slang term “shipping” (which comes from the word relationship) that means rooting for a couple to be together. 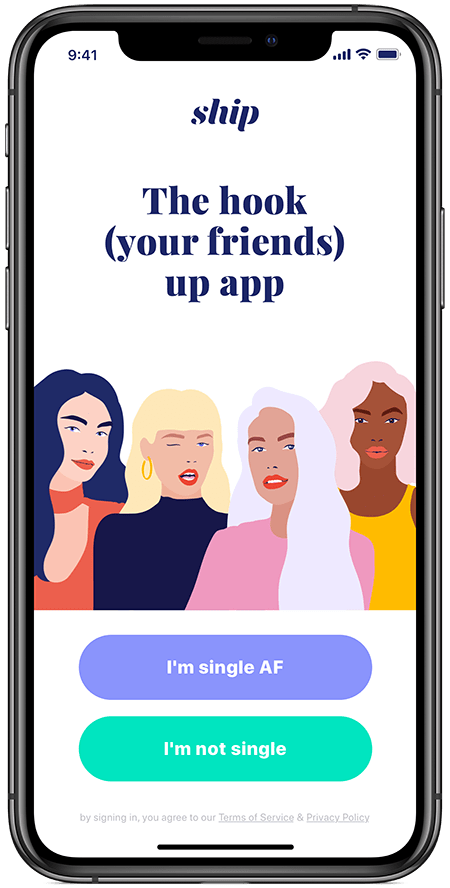 “We thought that perfectly encapsulated what that app does,” Fishbein said.

This is also Betches’ first foray into tech, which the company hopes to make additional investments in.

“We really wanted the app to convey a feeling of both friendship and being social while you’re dating,” Fishbein said, adding that the prospect of dating can sometimes feel lonely and isolating.

For users, the app will be a different color depending on whether they’re single or already have a partner. If they do have a partner, they can only swipe on behalf of their friend and can’t message anyone.

While the app won’t mention Betches, it will have the same voice as the media brand and will feel like a “natural extension,” Kuperman said.

Ship will not be ad-supported, at least in the beginning, but that could change depending on how it’s received. Until then, the co-founders hope it serves as a natural way for fans to connect and possibly fall in love.