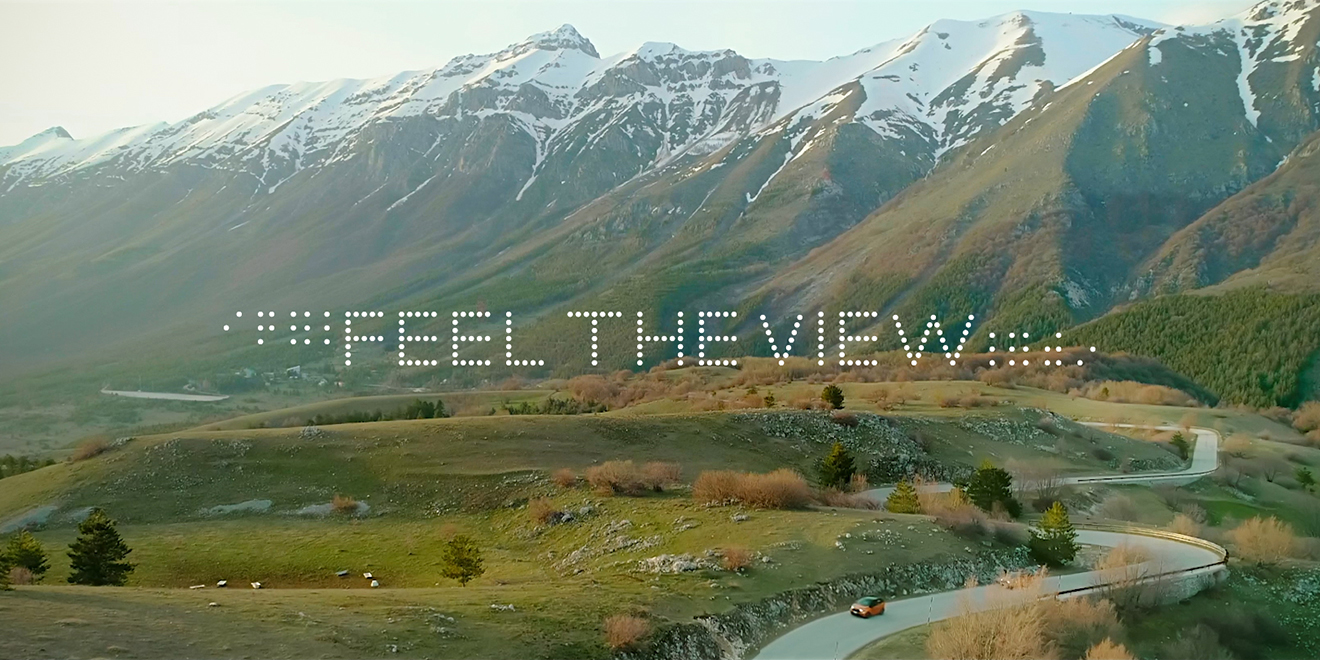 The rolling countryside, the dapple of light through tree branches, the little moments of romance you pass on a street corner—they’re visual experiences many of us take for granted when riding in a car. And for those who can’t see, the idea of looking out the window of a moving vehicle symbolizes the wide range of sights they’ll never be able to enjoy.

But automaker Ford’s Italian division and its local agency, GTB Rome, are trying to create a technology that gives the visually impaired a way of experiencing the view outside the window through their fingertips.

“Feel the View” is a prototype technology that sits at the top of a car window. Pressing a button on the device takes a picture of the current view, and then the color image is converted into a grayscale illustration. Thanks to special LEDs in the device, the window glass becomes a screen, with each shade of gray providing a different haptic feedback to the person using it.

Check out this subtitled case study, which explains and illustrates how it works:

The device can create 255 different intensities of vibration to represent the many shades of gray representing the view.

There’s also a voice interface within the car, which can offer context on what the passenger is seeing.

“When the idea was at its first stage, we looked for suppliers all around the world to understand what was the best way to make it come to life” says Federico Russo, executive creative director of GTB Rome. “During the last Maker Fair held in Rome we met Aedo Project, an Italian startup specialized in devices for visually impaired people. The haptic interface
implemented on some of their projects has opened up an all new world for us, allowing us to think like blind people would do.”

Russo says the most exciting aspect of the technology is how it could be implemented far beyond automobiles.

“As the prototype started taking shape, we realized we were giving birth to a complete new language that would give visually impaired people a new chance to visualize and experience traveling like never before,” he says. “An innovation that today is designed to use in a car, but that tomorrow could be implemented in schools and institutions for blind people as a tool that could be used in multiple ways.”