North's AR glasses can be great for kicking a smartphone addiction, but may not be in everyone's budget. North

On a street corner in Brooklyn’s trendy Cobble Hill neighborhood, a new store attracts customers the way light attracts a moth. At night, the bright lights wash the minimalist white and gold interior, which resembles an Apple Store. And while the products on display cost as much as the new iPhone, there’s not a single smartphone in sight. There’s just one product: the next iteration of augmented reality glasses.

Canadian company North is opening its first two flagship shops—one in New York, another in Toronto—for Focals, a product that intends to get people to stop looking down at their smartphones and up through a smart lens instead. The glasses, first announced last month, are now available for $999.

The stores, which opened to the public on Tuesday, look like a traditional eyeglass retailer, with pairs of each frame stacked on glass shelves. However, nearby are several windows in the middle of the room that demonstrate how the holographic technology works. Unlike actual hologram devices like Magic Leap’s headset or Microsoft’s HoloLens, the Focals display doesn’t mesh with a spatially computed map onto the world around them.

“[A pair of Focals] has got to look great,” said North chief marketing officer Adam Ketcheson. “It’s got to blend in with your life. How do we harness the power of computing but don’t bring along those complexities that are sucking people out of their lives?”

Indeed, the glasses themselves are stylish and look far more familiar than the futuristic-looking competing brands, like Google Glass or Magic Leap One. The thick-rim frames come in tortoise, black and gradient and wearing them felt similar to a normal pair. North won’t have prescription capabilities until early next year.

The digital display is located in the right eye lens but appears to be dead-center for both eyes when wearing them. And while it’s easy to see even with the text displayed, if you’re talking to someone, it is a bit awkward to be looking at the time or text that’s right in front of a person’s face. However, all text quickly disappears with the use of a button on a ring worn by the user.

In many ways, it has similar capabilities to that of a smart watch. Beyond texting, Focals can also be used to navigate walking rounds, hail Uber rides, check the weather, check calendar schedules and even talk with Amazon’s Alexa. The Alexa integration is especially interesting, considering the Amazon Alexa Fund led North’s $120 million Series B round back in 2016.

“The idea is that Focals are custom built with a holographic display at about arm’s length to have really quick, immediate information that’s sort of glance-able,” Ketcheson said. “But it’s not something that’s going to distract you from where you are in the moment.”

This isn’t North’s first wearable, either. In fact, the company, which until recently was named Thalmic Labs, had initially debuted a few years ago with Myo, an armband that let users control a phone or computer with their limbs rather than their thumbs. However, Myo’s production and sale were shuttered last month as North pivoted into the AR glasses space.

“What they found along the way was a pipeline of those future products weren’t really happening at a level where those consumers were going to adopt them,” Ketcheson said.

That’s going to be a challenge for Focals as well because while the form and function are attractive, the price isn’t, at least not for the average person. That’s where the retail shops come in: to let people try Focals.

When a shopper visits a Focals store, they’re led upstairs to one of several futuristic-looking fitting rooms that are a cross between a modern photo booth and something you might see in an episode of Black Mirror. For each person, an employee aligns several cameras to create a 360-degree volumetric capture of the person’s head to serve as a model for a custom-sized pair. The image is also used to know where to place the ears for optimal sound. After that, they’re able to try on a pair that fits them while testing out the lenses and the ring remote. If someone wants to buy a pair, they’ll return for a second fitting. 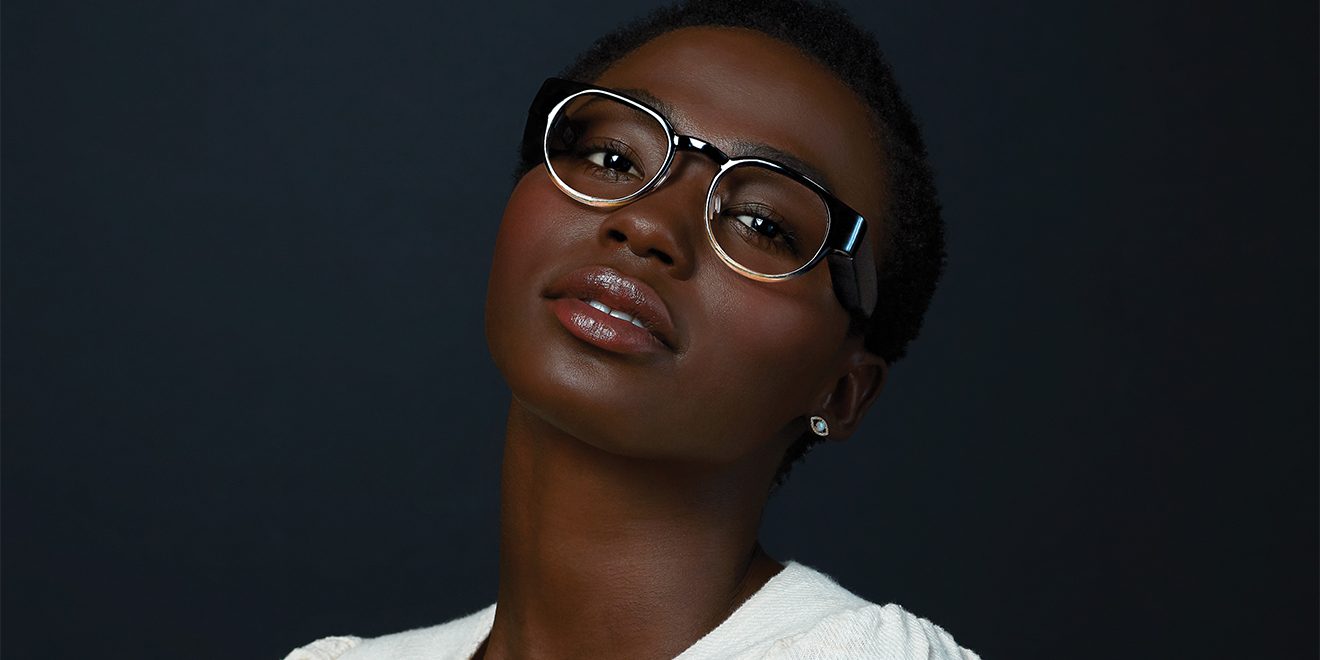 Ketcheson, who joined the company two years ago after spending more than a decade running active clothing brands such as The North Face and Arc’teryx, might seem like an unusual pick for CMO to a tech startup. However, he said the company is trying to perfect the balance of lifestyle and tech while other AR glasses have been focused more on tech first.

It could help people who are walking around hunched over their phones too often, however, it’s not meant for emails or reading a newspaper. North wouldn’t say what might be coming next but did acknowledge there could be more partners announced next year. Whether the current features are enough for people to add another device to their body has yet to be determined.

“We’re trying to create something for everyday use,” Ketcheson said. “It’s not about having a monster jump out of your wall. It’s really about helping you live a better life in the moment.”