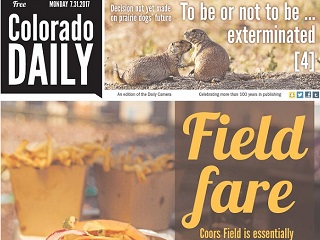 For Casey Freeman, leading off hypothetically, a tipster whispering about a political scandal on the level of Watergate would edge out an interview opportunity with Sigourney Weaver. But just… barely. 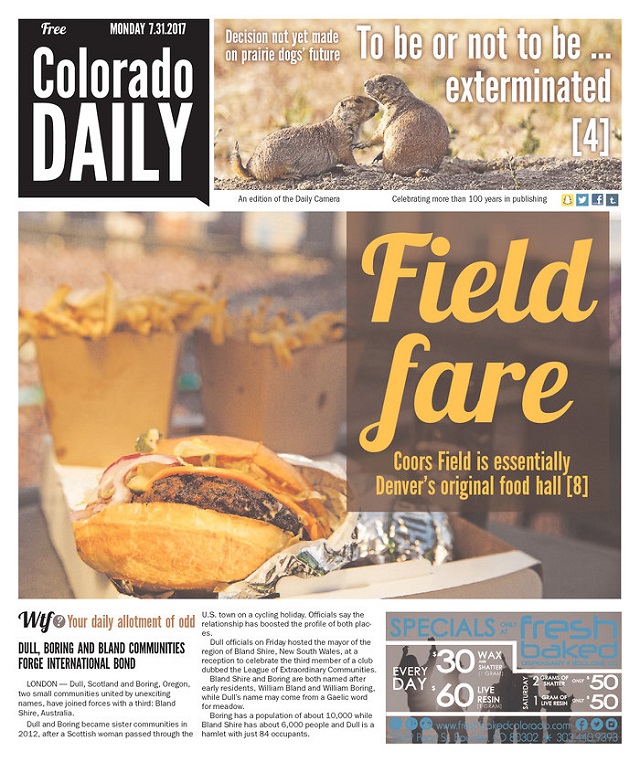 Freeman writes for the Colorado Daily, a newspaper located in Boulder, Colo. that is generally acknowledged to be the oldest such free daily in the U.S. At several points in his piece, headlined “Popular to Contrary Opinion: Perks of Journalism Outweigh Hardships,” he makes no bones about the current state of the profession when nary a Bezos or Baquet is involved:

Life lessons are to be learned all around a newspaper. Most of them are: Don’t work in a newspaper. Out of all the old staff, only one of them still works at the paper–I’m looking at you Christy Fantz in Your Pants. Everybody else has moved on to other things. I think I have one friend from journalism school working in journalism.

That Christy “Fantz in Your Pants” reference is not a Rocky Mountains sexual harassment complaint waiting to happen. Rather, it is the name of his hearty colleague’s advice column. In the most recent edition, she addresses the concerns of an older gentleman. Concerns that involve Bed, Bath and Beyond.