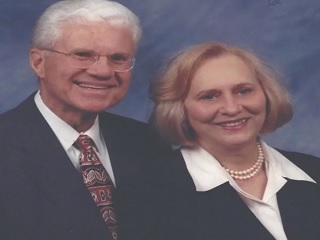 Small-town newspaper obituary stories don’t get much stranger than this one.

At the end of June, the Cherokee Scout, a weekly newspaper in Murphy, N.C., published an obituary for June Miller, an 82-year-old Florida woman who owned for many years with her husband Robert a summer home in the area. The obituary contained passages like this:

Drugs were a major love in her life as June had no hobbies, made no contribution to society and rarely shared a kind word or deed in her life.

Please let June Miller’s life be a cautionary tale. Addiction and hatred are no es bueno for the living. We speak for the majority of her family when we say her presence will not be missed by many, very few tears will be shed and there will be no lamenting over her passing.

After a Chattanooga, Tenn. TV station ran a report on the obituary, it heard from a viewer who said many portions of the write-up were plagiarized from a similar scathing obituary that ran in California newspaper the Vallejo Times Herald in 2008. In that case, a second, kinder obituary was subsequently published for the deceased woman, and the same has happened here as well.

In the current edition of the Cherokee Scout, the new June Miller obituary celebrates a very different life. From a follow-up report by ABC-TV affiliate Channel 9 in Chattanooga:

June was a devoted military wife and homemaker who taught swimming lessons to children in her spare time. June was active in the Baptist church and taught Sunday school classes for many years. She was an avid collector of antiques and a proud member of Daughters of the American Revolution. She also made a wicked lemon pound cake.

Although the author of the original Miller obituary has not been officially confirmed, all signs point to the copy having been compiled and submitted by one of Miller’s two daughters.

Previously on Fishbowl:
The Obituary of the Year