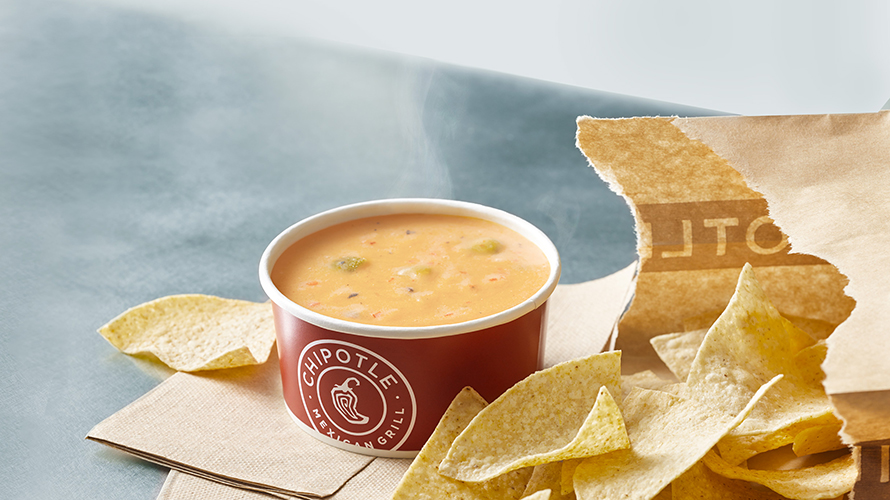 After mixed reviews began surfacing on Twitter about Chipotle’s queso, the brand and Day One Agency is running an intriguing campaign on Instagram dubbed Queso Cup that promotes the nationwide rollout of the dip.

This week, Chipotle scraped its Instagram account, archiving all of its old posts so that only a few dozen pictures of queso appear on its profile. Every day, the chain is rolling out a few posts that tie to a contest offering a year’s worth of free queso to five users who correctly answer questions and play games. As part of the campaign, Chipotle created a 100-part Instagram Story with queso incorporated into all of the posts. Once viewers clicked through all the posts, they were prompted to direct message a code word entailing a string of emojis to the brand to enter the contest. According to a rep, the Story generated a 70 to 75 percent completion rate.

While a number of brands have experimented with Instagram Stories, Chipotle’s campaign stands out as particularly creative and is a clever way to get people to view all 100 pieces of content. On Monday, Instagram said that 250 million accounts use Stories while also revealing that the app has 800 million monthly users, up from 700 million in April.

Chipotle is also using a few other Instagram features for its promotion that the brand claims to have increased its reach by 50 to 60 percent this week compared to normal. Today’s challenge asks users to spot the differences between two photos of chips and salsa that Chipotle posted using Instagram’s gallery format. And Monday’s challenge asked consumers to comment five times on a post to spell out the word queso, resulting in 21,800 comments and more than 100,000 views on a video.

Welcome to the #QuesoCup. Today’s challenge is a test of speed. First person to comment the letters Q-U-E-S-O in five consecutive comments without interruption wins a year of free queso. . And...go. . . . NO PURCHASE NECESSARY. Ends 9/29/17. Must be legal U.S./D.C resident, 18 or older. Void where prohibited. Rules: chipotle.com/quesocup