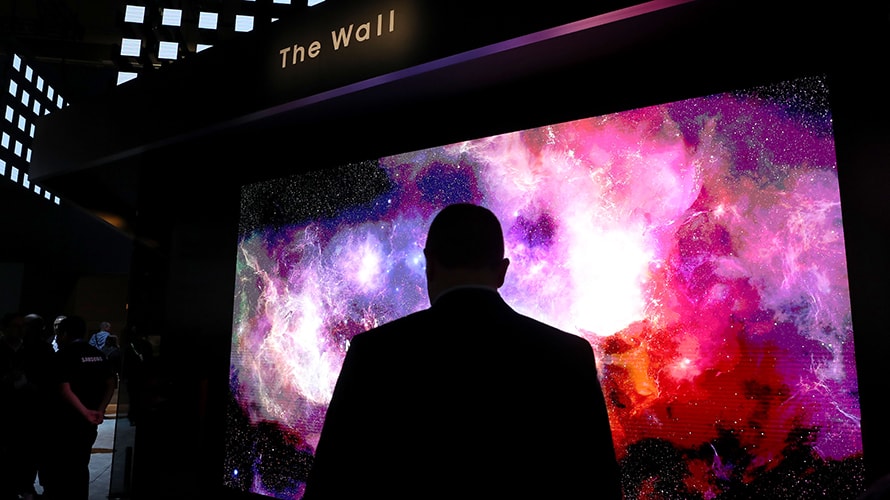 At last week’s Consumer Electronics Show in Las Vegas, the 200,000 attendees—not to mention everyone else following from afar—were, like most years, promised the future. There were, like most years, plenty of internet-connected devices, virtual reality and augmented reality announcements and demos, half-baked or nearly cooked 5G cars and phones and adorable robots.

And yet, despite all of the innovation on display at the Las Vegas Convention Center, agency executives scouting the showroom floor said nothing necessarily stood out. Everything was, in some sense or another, “incremental.” Perhaps the days of the big, splashy tech debuts are waning. According to agency and venture capital executives, that may not be a bad thing.

Sheldon Monteiro, chief technology officer of Publicis.Sapient, said the incremental innovation of tech at CES is almost described by some “in a lamenting sort of way.”

“But the thing is, there are very few years where you have these [breakout announcements],” he said. “But in my view it doesn’t mean they aren’t absolutely great years.”

Monteiro’s not the only one who’s noticing the convergence within the Internet of Things (IoT). In fact, some say the lack of blockbuster ideas has given way to a “period of refinement,” according to Tom Goodwin, executive vice president and Head of Innovation for Zenith Media.

“I think what most impressed me was the idea that we’re starting to make sense of technology,” he said. “Every year at CES, there’s been extra things. It’s been about a sort of divergence in what’s possible—it’s about new possibilities, new technologies, new ideas, and none of them have really made sense before. And this year, for the first time, you’ve started to see those threads come together. You start to see how technologies can work with each other. You start to see companies coming to alliances, the notion of interoperability.”

According to the Consumer Technology Association, the group that organizes CES every year, the consumer tech industry could see nearly $400 billion in retail revenue this year. The growth, up 3.9 percent from 2018, is largely driven by increases in artificial intelligence and connected technologies. For example, within that $398 billion, CTA expects smart home revenue to be up 17 percent, growing to $4.6 billion, while smart watches will increase by 19 percent to $4.7 billion.

Of course, the voice market continues to grow as well. According to eMarketer, 74.2 million people in the U.S. will use a smart speaker this year, a 15 percent increase from 2018. And by the end of 2019 a fourth of all U.S. adults will use them once a month. Of smart speaker users, nearly 80 percent use theirs for audio listening, while 37.1 use them for shopping and 34.5 percent use them to control their smart home.

It’s no surprise that the voice market is evolving. While tech companies like Google, Amazon and Apple all have their own smart speaker, CES 2019 saw more companies making more devices assistant agnostic. For example, the Vuzix Blade augmented reality glasses have both Amazon and Google’s AI voice assistants, and Microsoft’s been installing its Cortana for more than just its Xbox.

“The company that controls the hardware also controls the software,” said Leigh Christie, director of Isobar’s NowLab–which focuses on emerging tech including VR, AI and IoT.

While improvements in the IoT space are leading to a lot more data, the data collected becomes far more useful than interesting information on a device’s dashboard. That includes lot of personalization. The focus has often been on merely dashboards tracking data–on Fitbits, Apple Watches and other wearables—though Monteiro said he saw a number of devices at CES this year that helped for personalization.

For example, he saw a blender that can now create personalized smoothies for someone based on their activity—using data from hundreds of other athletes to set the bar—while the British grocery chain Tesco is allowing smart fridges with cameras to add items to a shopping cart when they’re empty or expired.

But again, this theme of incremental advancement keeps cropping up. Microsoft is white labeling its Cortana assistant so that partner brands can have their own assistant with Microsoft’s AI. It’s working with the likes of LG and BMW to build their own branded assistants built on top of Microsoft’s platforms. The strategy is part of a broader push by Microsoft to collaborate more with other platforms than it has in the past, perhaps helping Cortana to become ubiquitous—if unheard.

Outside of CES, the industries catching the eyes of agency executives seem to go hand-in-hand with those that are appealing to venture capitalists. But instead of consumer hardware, it’s software. And by moving in increments, VCs have accomplished two things: investing more in total, but with more precision in what they invest in. No moonshots, per se.

According to the National Venture Capital Association, venture capitalists invested $130.9 billion across 8,948 startups in 2018, surpassing the previously $100 million record set in 2000 at the height of the dot-com era. However, last year saw fewer deals from seed and angel funds, while the majority of investment came from larger deals worth $50 million or more.

Sarah Fay, managing director at Glasswing Ventures, said a hot area for investment in 2019 will be startups that can access and organize data across all platforms to better utilize what they show. She said that’s direly needed, adding that brands’ data-readiness to actually utilize AI is at a “2 or 3” on a 10-point scale.

“If you look at data in the way that companies buy data today, it’s still very clunky,” she said. “You either have to have some custom segments created for your brand, and it tends to be pretty small and hard to get first party data like third party data. Or you’re working with a broker.”

Eric Franchi, a partner at MathCapital, said the company invested a “substantial” amount of its fund in 2018 into data platforms, analytics and marketplaces. Franchi declined to give a specific monetary amount, but said a focus will be on digital touch points and infrastructure.

“Everybody thought GDPR was going to be this apocalyptic moment for the marketplace between startups and substantial exits,” he said. “It was a little bit like Y2K.”

“Google and Facebook in particular—they’re not the only ones—are surveillance organizations,” he said. “All they do is figure out what you’re doing and collect that data and use it to send you ads or content that’s supposedly going to be of interest to you because of your activities. And sometimes they do, sometimes they don’t, and it’s creepy. It’s done without your permission, or without your explicit permission, should you sign the terms of service. But who’s ever going to read that? It’s egregious. And I don’t believe you can have a truly democratic society without people being respectful of privacy, or without you being in charge of your own privacy.”

Like any good drug dealer, the tech companies know that in order to move product, you move incrementally. The first taste is free. You pay dearly for everything else.