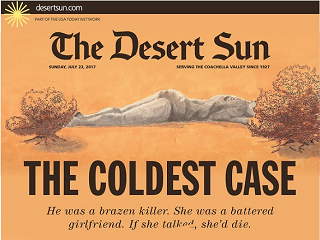 In print, “The Coldest Case” began in this past Sunday’s edition of Palm Springs, Calif. newspaper the Desert Sun. It is the work of investigative reporter Brett Kellman and photographer, videographer Richard Lui. 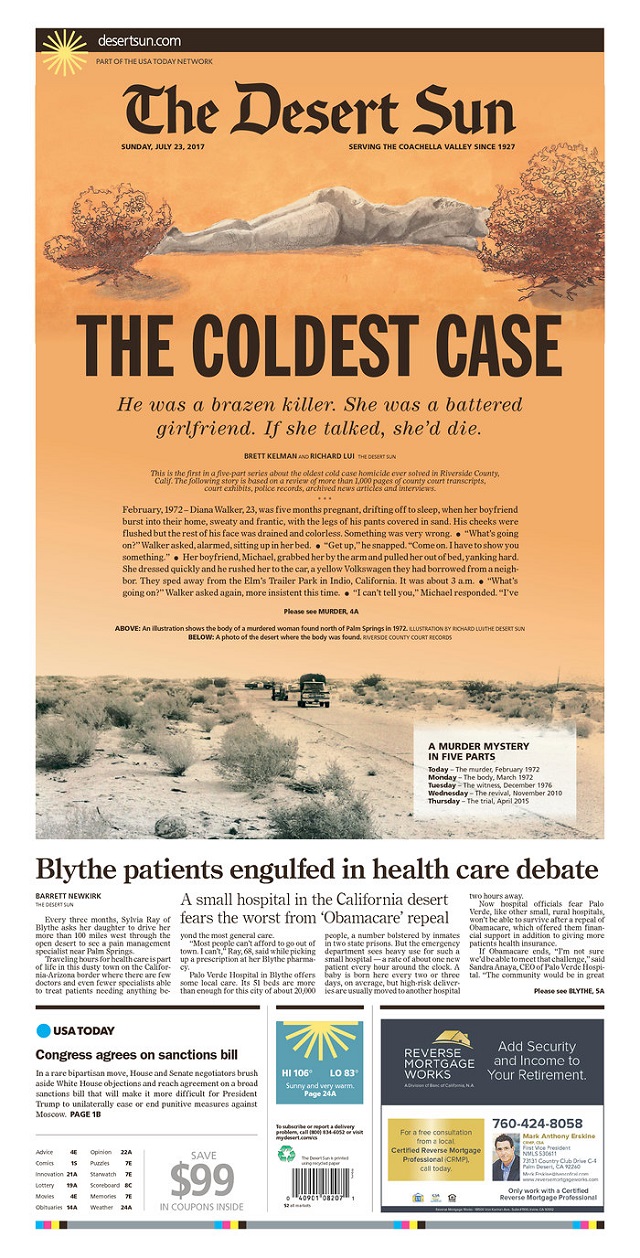 Online, the five-part true-crime series is available in its entirety. Framed by this powerful intro:

Forty-five years ago, a Palm Springs woman was killed for $7. Her murder became the oldest solved Cold Case in the history of Riverside County, Calif. The following series is based on a review of more than 1,000 pages of county court transcripts, court exhibits, police records, archived news articles and interviews.

It all starts in February of 1972, and involves Diana Walker, a pregnant woman, and her boyfriend Michael Hayes. In Part One: The Murder, he wakes her up in the middle of the night and leads her back to the crime scene:

Michael didn’t sugarcoat it. He had finished a night shift at The Biltmore, a swanky Palm Springs hotel where he worked as a waiter, then headed downtown, looking for someone to rob. He picked up a prostitute, assuming she would have cash, but when he tried to mug her, she fought back.

The series concludes with Part Five: The Trial, an event that took place more than four decades after the crime. Each chapter is relatively short and, no doubt, being consumed this week very differently by two audiences. Onlne folks have binged through all five parts, while the older print-newspaper audience in Palm Springs and environs patiently looks forward to each day’s next installment. That side of things wraps up Thursday.

By the way, the July 27 print end-date ties in, powerfully and cleverly, to a current aspect of this 45-year-old criminal trail. But we can’t reveal that without spoiling the narrative.